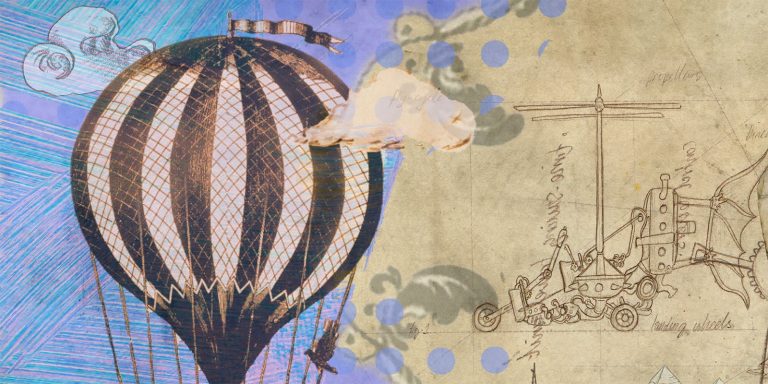 There are patents for flying cars, teleportation and even a time machine.

A few months back, we did an episode of my web series that featured a poll on the 11 Future Inventions We Want the Most. The day after we filmed it, I started researching the Google Patent database to see if any actual progress was being made on those inventions.

Then I stopped and went to sleep and forgot all about it for three months.

Yesterday, I was making a no-doubt hilarious joke about taking a vacation to the Moon (and spending some of that Moon money) and remembered. So today, I’m all set with a list of 11 actual U.S. patents filed on 11 amazing future inventions we all really want today. (And, frankly, that we all once expected we’d have by the year 2012.)

I’ve also included a picture of each of the inventions and a reference to them in pop culture, just for sport.

This patent, filed in 2005, gets fairly creepy. Although I’m not sure you can’t create a sex robot without venturing almost immediately into creepiness territory. There’s no such thing as a high-class tri-input robot.

In pop culture: My first thought on sex robots is A.I.. I have no idea why I retained so much of that movie. I watched it, thought it was incredibly uneven and way too long… yet I could write a detailed outline of most of the scenes and even remember quotes. That’s the worst. They should never model a robot brain after mine. 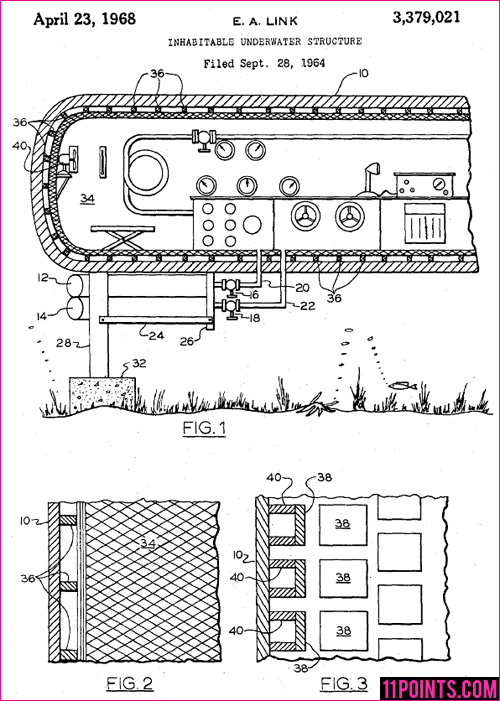 This patent was filed in 1968 — although I’m fairly sure no one’s made much progress on building the underwater cities in the 44 years since. Although today there ARE some cities where everyone’s mortgages are underwater, so we’ve got that going on.

In pop culture: I had to include a Simpsons reference on this list, and Homer’s underwater house gets the call. 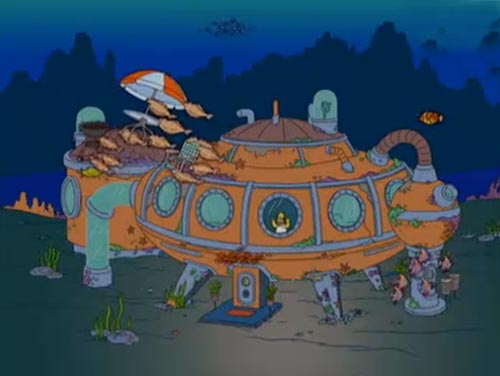 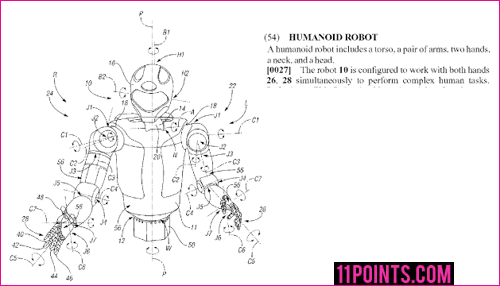 It was actually a little trickier than I expected to find a good patent for a robot butler, but I finally found this fella. Most of the patents were for Roomba-type devices or R2D2-esque garbage can-shaped robots, not for actual C3PO human-like robots that wash the dog and sweep the floor and talk in soothing tones. I guess anyone who’s lazy enough to want to avoid housework isn’t motivated enough to create sophisticated robotics.

In pop culture: Screech’s robot Kevin from Saved by the Bell seemed like a good pop culture robot butler. It’s amazing Screech was able to invent this in the late ’80s. Then again, Zack had the ability to freeze time, so these kids were clearly operating in some kind of Fringe Earth-2 parallel universe. 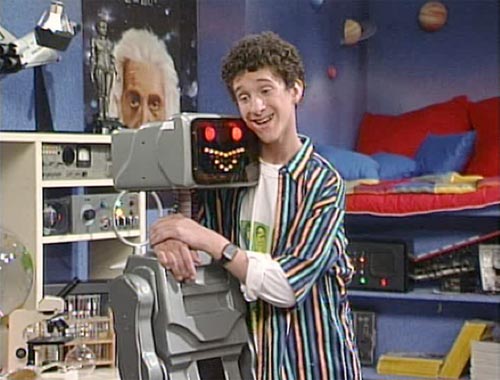 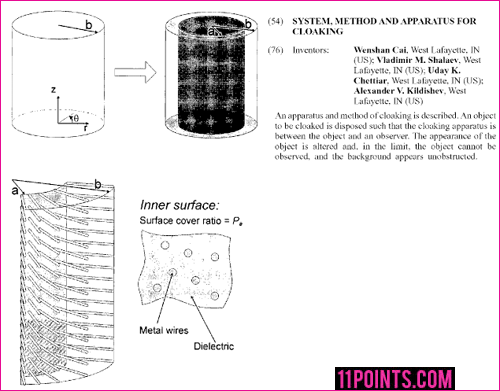 I once did a list on 11 Things You’d Actually See In the Women’s Locker Room If You Were Invisible. Perhaps thoughts like that are why invisibility only finished in eighth place on this list? (Here’s the patent.)

In pop culture: I went with the Harry Potter invisibility cloak. And based on that still image below… rotoscoping looks a lot better in motion than in a still frame. 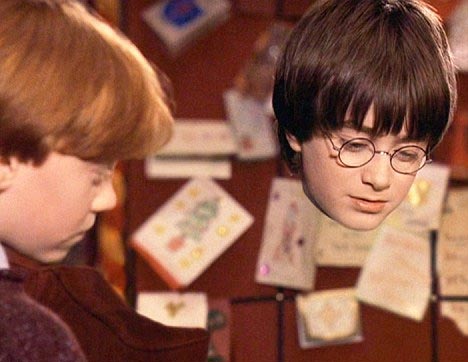 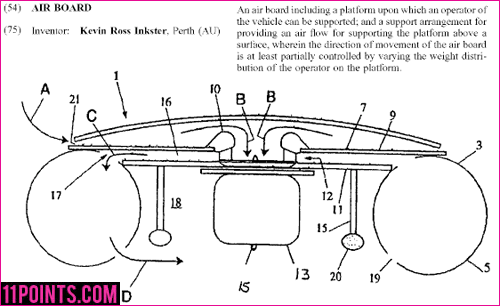 There aren’t many patents for these — so the market just might be wide open? — but I did find the “Air Board.” Even though Back to the Future already did all the branding work on the term Hoverboard. Way to completely flub that built-in marketing advantage, guys. That would be like an author whose given birth name is Twilight Potter picking a pen name like Harvey Rothdodger.

In pop culture: The most famous (and only?) hoverboard in history, courtesy of Marty McFly in Back to the Future Part II. 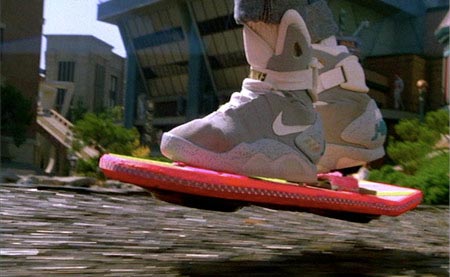 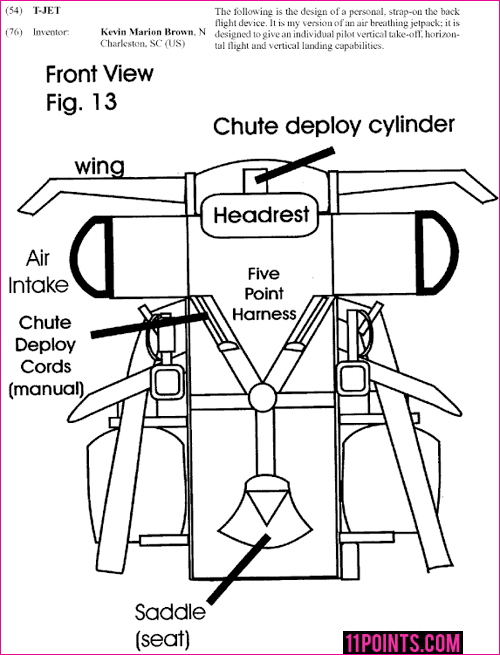 There are a few different people out there working on jetpacks (not just the guy with this patent) but, thus far, no one’s made one that’s safe, cost-effective and/or street legal. Essentially right now any jetpack you’d buy would be like a way-more-dangerous Segway.

In pop culture: I briefly considered The Rocketeer but ended up going with the classic Japan monster movie scene from Arrested Development. 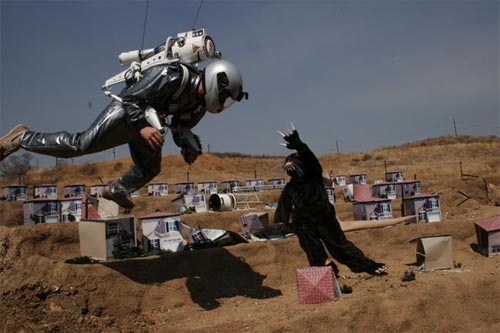 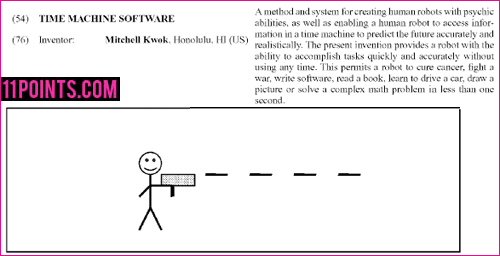 This patent is from 2008, which I like — it’s good to see there are still people working on time travel. Even if the guy who applied for this patent accompanied it with, arguably, the worst patent illustration of all time. I’m not sure a stick figure with a smiley face shooting a ray gun is going to get those blue-chip investors.

In pop culture: There are plenty of time machines to choose from but the one designed by H.G. Wells remains the most iconic. The ride in Idiocracy remains the least iconic. 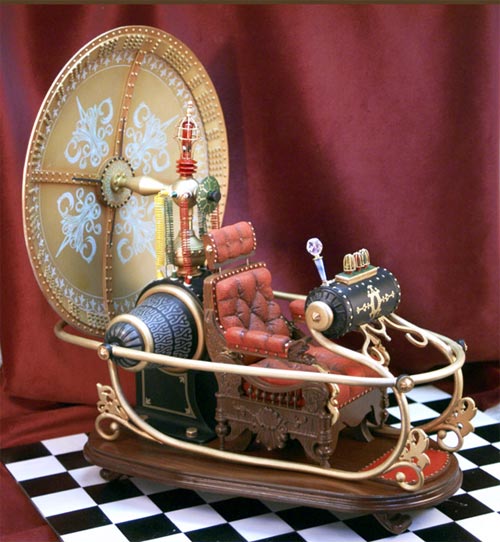 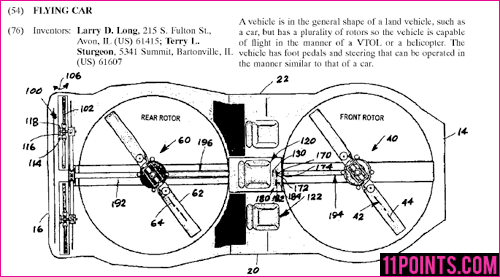 There are a few patents for these and people have already designed and even sold them… although you can’t legally drive them over the streets and highways. In the video on 11 future inventions I speculated that flying cars would lead to a whole new era of horrific in-air car accidents and I stand by that. If where we’re going we don’t need roads, at least we need some really long strings of Christmas lights to serve as lane markers.

In pop culture: Basically I forced a Jetsons reference in here. I felt bad not including them in this list. 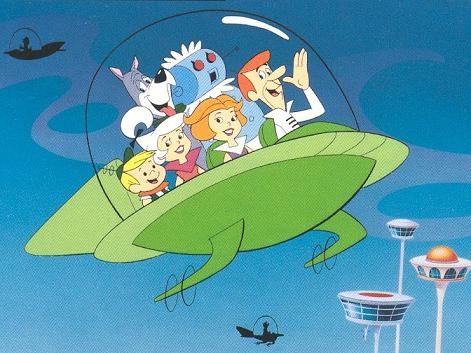 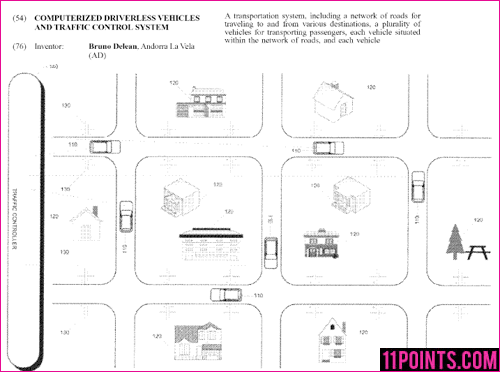 I’m still confused why this got voted so high, but for everyone waiting on self-driving cars, the people behind this 2009 patent are working on it. (I assume.) Although when self-driving cars do come out, they’re not going to be like KITT. I mean — they’ll be similar to KITT, but when they talk to you they won’t sound like Mr. Feeny.

In pop culture: Since Google is already voyeuristically circumnavigating the world with self-driving cars, I figured they deserved the pop culture reference. They’ve had a rough six months, let’s give them a break. 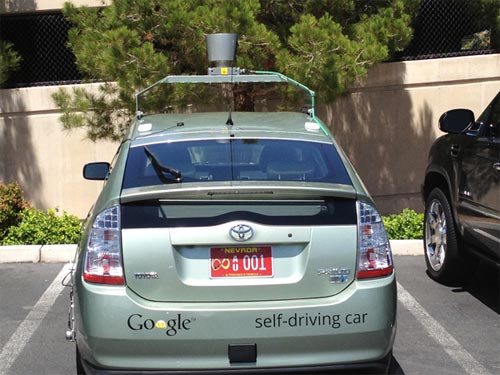 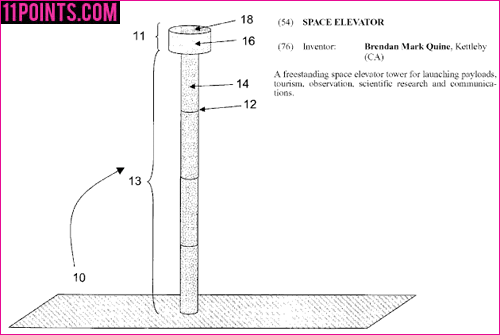 I found plenty of patents related to recreational space travel… this Elevator To The Moon was my favorite. It reminds me of the infinitely less popular sequel to Charlie and the Chocolate Factory. Plus, once we take the elevator to the Moon we can finally start that manhunt for Alice Kramden.

In pop culture: One of these days Richard Branson is going to take Lance Bass into space. That’s not a euphemism. 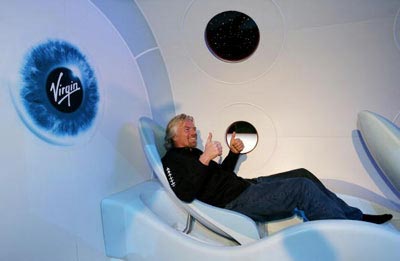 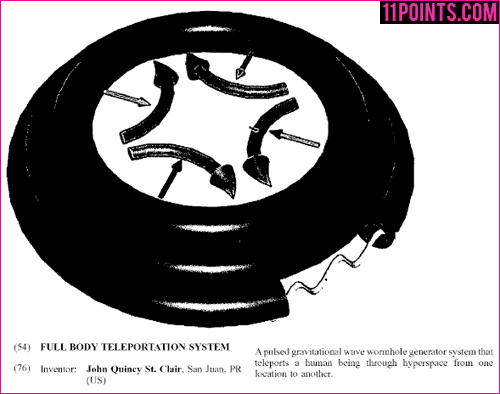 I know we probably won’t see teleportation in our lifetimes… but it would really be fantastic. And it’s good to know John Quincy St. Clair of Puerto Rico is trying to make it happen with this patent. I don’t even need human teleportation. What if we could just master, like, food teleportation, so right now I could beam a Blizzard to my house? (I picked a Blizzard over any other ice cream because I know that even if the teleportation jostled it and turned it upside-down it would stay in the cup. I cover my bases.)

In pop culture: Teleportation really hit its pop culture stride with Star Trek characters getting beamed up. So I thought it would be right to include them here. 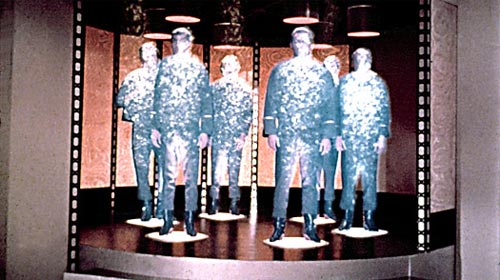 If you’d like to check out the 11 Future Inventions We Want the Most episode of 11 Points Countdown, check it out here.

11 Brilliant Inventions Made Out of Old Nintendos