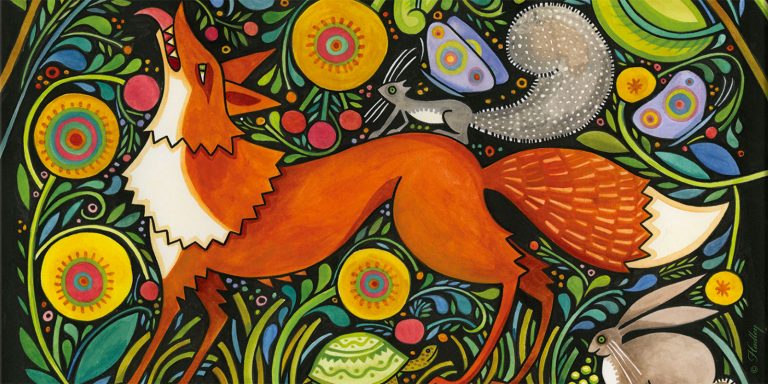 This is a long, long delayed follow-up to my 11 Really Shitty Lessons That Fairy Tales Teach Kids list from many years ago. Kinda like the Escape From L.A. to the previous list’s Escape From New York.

All of the morals on this list come from lesser-known Aesop’s fables. There’s no “slow and steady wins the race” or “united we stand, divided we fall” here. These are Aesop’s B-sides. And the guy had some fairly rusty opinions and philosophies you only really see when you dig this deep.

So here are 11 Aesop’s fables with really shitty morals…

1 | The Man and the Serpent

Fable: Man cuts off serpent’s tail. Serpent starts killing his family. Man tries to call a truce, saying they’re even. (Apparently he’s not so hot on his family if he considers that a fair trade, but that’s tertiary.) Serpent vetoes the truce, saying they can never forgive each other and are now enemies for life.

Moral: “Injuries may be forgiven, but not forgotten.”

Why it’s shitty: Endorses lifelong grudges and basically says enemies can never ever come to terms. Apparently there wasn’t pro wrestling in ancient Greece. Or that episode of Lois and Clark where Superman and Lex Luthor team up to stop a tsunami.

Fable: A Cock is walking around the farm and sees a pearl. He excitedly picks it up. The other cocks laugh. “You may have a treasure,” one says, “but I’d rather have corn any day.”

Moral: “The ignorant despise what is precious only because they cannot understand it.”

Why it’s shitty: It’s ambiguous whether this is saying “One man’s trash is another man’s treasure”… or whether it’s saying “You’re too much of a boorish, unsophisticated oaf to know what is and isn’t valuable. Now dance for my amusement and you can have my used aluminum foil.”

Moral: “He that is neither one thing nor the other has no friends.”

Why it’s shitty: What an incredibly pessimistic perspective. Maybe we shouldn’t pass this moral along to people who are bi-something. (Except maybe bionic. They have bigger fish to fry.)

Fable: A Tree mocks a Reed for not being tall and sturdy. A storm comes, knocks the Tree over… but the Reed bends in the wind and survives.

Why it’s shitty: Don’t be memorable! Just put your head down, blend in and get through life as quietly as possible. If Aesop was given the choice of “lead, follow or get out of the way” I guess he’d choose “get out of the way.” Meaning that Aesop is just like Joe in Idiocracy.

Fable: A Miser would plant gold under his tree every week. Then he would stand over the hole and gloat about how rich he was. One day a robber dug it up and stole it all. His neighbor smack-talked him, saying there’s no difference between the hole now and before because he never spent any of the money anyway.

Why it’s shitty: Maybe you can quote this one to justify cashing out your IRA to buy an iPad.

Fable: Fox invites Stork for dinner, serves it in shallow dish that makes it impossible for Stork to eat. So Stork invites Fox for dinner and serves it in a jar that requires a long, narrow beak to eat. Refuses to apologize because…

Moral: “One bad turn deserves another.”

Why it’s shitty: I’m not sure if Aesop was blind or not — doesn’t it feel like everyone from his generation of writers was? — but that might explain his eye-for-an-eye ethos. (Also, were there cyclopses just roaming around back then? I have weird blurred lines between fantasy and reality when it comes to ancient Greece.)

Fable: Hares are running from horses, think about jumping in the lake. When they get there they see the frogs sitting on a log. Frogs are scared of the hares and jump off. Hares realize they don’t have it so bad and…

Moral: “There’s always someone worse off than yourself.”

Why it’s shitty: Not only is that a mediocre story, but I’ve never, ever found this advice makes anyone feel better. It’s really just so loathsomely patronizing. “Sorry you lost your job, but hey, at least you don’t have crabs! And look at all those people scratching their genitals! You know, because of their crabs. You’re going to default on your mortgage but your genitals don’t itch from crabs.” (Yes, I would redo this fable as “The Pink Slip and the Crabs”.)

8 | The Swallow and the Other Birds

Fable: Birds see a man planting hemp seeds. Swallow tells them to destroy it or they’ll regret it. They ignore the Swallow. Eventually hemp grows, man makes a net, catches the Birds. Swallow comes back for an “I told you so” moment.

Moral: “Destroy the seed of evil, or it will grow up to your ruin.”

Why it’s shitty: They grapple with this on Law & Order: SVU regularly — if a kid shows all the signs of a sociopath, should you remove him (never her) from society for good? Aesop says yes. Mariska says maybe. Anyway, thanks to Law & Order: SVU and other procedurals of its ilk, we all totally know now the signs of a childhood sociopath. White kid, tortures animals, wets the bed, mind controls his single mother. So, um, be on the lookout.

Fable: The gods change a Cat into a human to see if she can change her nature. She gets married and they believe she has. But at her wedding she tries to pounce on a mouse.

Moral: “Nature wins out over nurture.”

Fable: A Rich Man lived next to a Tanner and hated the smell of his tanning process. He asked the Tanner to move away. The Tanner agreed but kept putting it off. Eventually the Rich Man got used to the smell of the tanning and they lived in peace.

Moral: “Given time, one can get used to anything.”

Why it’s shitty: Obviously that’s an uninspired and uninspiring outlook on life… although, to Aesop’s credit, I also hate the smell of self-tanner. (HI-YO!)

Fable: King has pet Ass and pet Dog. Everyone loves the Ass but when the Dog starts licking and jumping in the king’s lap, it’s clear he prefers the Dog. The Ass is jealous so he tries to jump in the king’s lap too but doesn’t have the grace and kicks the king. The king’s guards promptly kill him.

Moral: “Clumsy jesting is no joke.”

Why it’s shitty: Depends how you interpret this. If you read it as “comedy should be left to the professionals,” there’s something to be said for that. But if you interpret it as “be funny or you might die”… well that’s going to lead to a lot of boring dinner parties. Although, on the plus side, it will mean that 9,999 out of 10,000 improv troupes won’t survive to a second show.