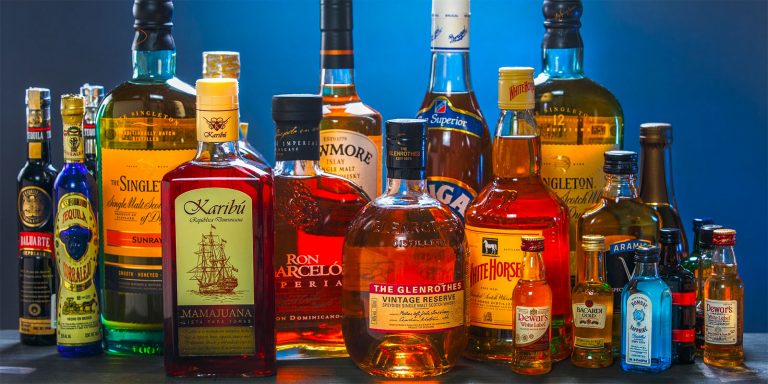 Today’s my birthday. Sadly, I’m not going to be out doing the Charleston until dawn; in fact, I will be spending most of the day on a plane. But you might be drinking tonight. And if you are, maybe this list will be of service.

I compiled the results of six different studies on which drinks cause the worst hangovers, averaged them out, and ranked 11 different types of alcohol from least severe to most severe hangover.

One quick note before diving in: For whatever reason, tequila didn’t make enough studies for me to get a real gauge on its hangover severity. So just assume if you’re drinking tequila, it’s the result of several prior decisions that are going to team up to give you one hell of a hangover.

It’s hard to charge right out of the gate and recommend you make the switch to alcohol you distill in your bathtub — but that’s what scientists are telling us. Not that they’re doing a great job selling it. Most of the time they refer to this as “distilled ethanol” which makes me immediately think of gasoline. Anyway, Everclear and its brethren theoretically cause the mildest hangovers because the distilling process cuts down on a chemical in alcohol called congeners. Congeners are linked to hangovers. The more you know.

I mean… you make a bloody mary with vodka to cure a hangover. It can’t be both the cause of and solution to the same problem.

I think the key to avoiding gin hangovers is picking the right gin. If you’re drinking Gilbey’s or Fleischmann’s or the generic grocery store brand, a hangover’s more likely than if you’re drinking a gin that gets shout-outs from rappers.

Yeah, you might not look manly ordering a pinot grigio or a Ned Flanders-esque white wine spritzer, but everyone’s going to be jealous when you’re awake the next morning, getting the blood flowing with some Iroquois twists, and they’re fighting over the last two Advil and cursing out the sun.

Even though this finished one spot better than champagne, don’t use that as a reason to discriminate against the Champagne of Beers. Miller High Life isn’t going to hit you any worse than the other beers of that Natural Light/Old Milwaukee/Old Style tier.

There’s a reason people drink one sip of champagne then shake up the bottle and spray the rest around. Even if there’s nothing to really celebrate. Champagne is better worn than consumed.

Clear liquors generally lead to less-severe hangovers than brown liquors. Now we’re getting into the brown liquors. Unless you can find clear whiskey, which seems to me like it would be a gimmick flop even worse than Crystal Pepsi.

(Note: Right before publishing this list I searched for clear whiskey and found that there are a few on the market. The fact that I’ve never heard of them nor ever seen them for sale indicates to me that it’s OK to call them a flop. At least in my little insular bubble of a world.)

Rum is made from sugar cane, and sugar seems pretty tightly connected to hangovers. Quick tangent: I still haven’t watched The Hangover Part Two. I heard it’s 89 percent identical to the original, and the plot follows the identical structure and hits all the same beats, only every detail is ever so slightly changed. I feel like this has “watch when it’s on FX on a Sunday afternoon in five years” written all over it.

I was searching for theories behind red wine hangovers and the most popular one is… the tannins. Is there anything related to red wine, both good and bad, that people don’t immediately attribute to tannins? Tannins are like the Obama of ingredients.

I stopped drinking sugary drinks about five or six years ago. I usually tell people it’s because I’m too much of a man to drink something with a name like Passion Explosion or Peach Beach Paradise. I’m going to keep pushing that agenda until someone believes it. The real reason is that I found really sugary drinks don’t just give me bad hangovers — they give me instant, night-ruining headaches. Like pre-hangover hangovers.

The rest of the drinks on this list almost give you hangovers as bad as brandy… but with brandy, almost doesn’t count.