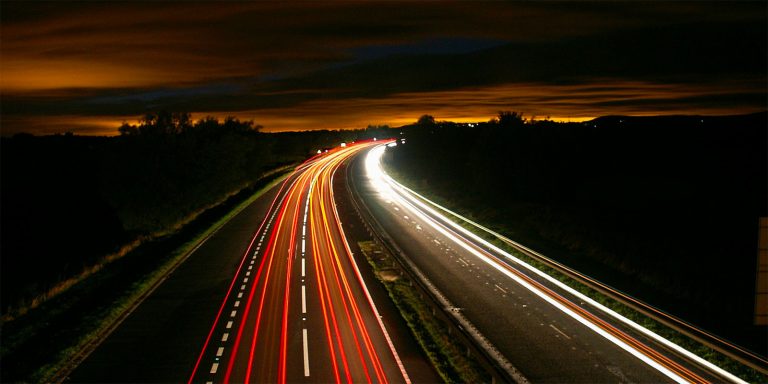 Random facts on America’s roads, streets and highways — from the longest and most palindromical names to the deadliest and ugliest.

I received an email three years ago asking me to put together this list. Based on my usual pace, I put a rush job on this to get it out.

The person asked if I could put together a list of good trivia for road trips as a quasi follow-up to my list of 11 Things That Will Kill Your Road Trip. I figured, thematically, those pieces of trivia should all be related to roads. (It was preferable to a bunch of trivia facts about trips.)

So here are 11 pieces of trivia about America’s roads, streets, highways, boulevards, avenues, parkways, drives, paths and interstates. No rural routes, but what can ya do? On your next road trip, you can use these to momentarily distract everyone in the car from staring down at their phones. Of course, you’ll be staring down at your phone to read them, but it’s for the greater good. The greater good.

At 34 characters (37 including spaces), it’s the longest street name in the U.S. Although you could cheat, and spell out the “Dr.” and “Jr.” in any of America’s Dr. Martin Luther King Jr. Boulevards and hit 37 characters without counting the spaces. But I don’t judge street names on the content of their expanded characters.

Colfax Avenue is 26.5 continuous miles — longer than any other street in the country. It’s also the home of Casa Bonita, America’s worst-tasting but most-iconic Mexican-ish restaurant, which I once covered in another list.

This street is only 20 feet and has a sign that says “World’s Shortest Street” (although there’s apparently some contention with a street called Ebenezer Place in Wick, Scotland). Ohio loves naming things after William McKinley — from its tiny streets to its fictional glee club-rich high schools.

Naturally, it’s in Texas. Two years ago, a toll road opened between Austin and San Antonio with an 85 mile-per-hour speed limit. (Although there are a few roads in Montana where the unofficial speed limit is “Just don’t die.”) The toll road in Texas is only 41 miles — so, assuming you stick exactly to the speed limit, you should be on it for exactly 29 minutes. Strap yourself in and feel the g’s! 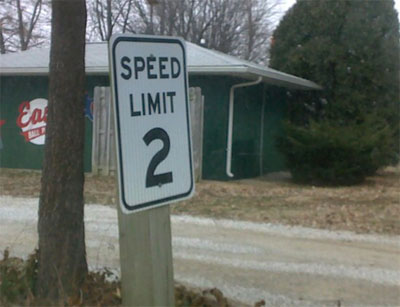 A study of Census data a few years ago found there are 10,866 Second Streets in the U.S., beating everything else. The theory is that a town will name their first street either First Street or Main Street — but they’ll always name their second street Second Street. On that note, Third Street is second most popular. First Street came in third and Main Street came in seventh.

Three states (Missouri, Pennsylvania, Kansas) claim they started building the first Interstate after Eisenhower signed the act to establish the Interstate highway system in 1956, but the consensus is usually Kansas. Meanwhile, the last Interstate, 105 in L.A., wasn’t completed until 1993. Which, naturally, made me think of when Skee Lo gave it a shout-out in I Wish. (“I take the 110 to the 105.”) I Wish came out in 1995, so that was a more bleeding edge shout-out than I ever realized. 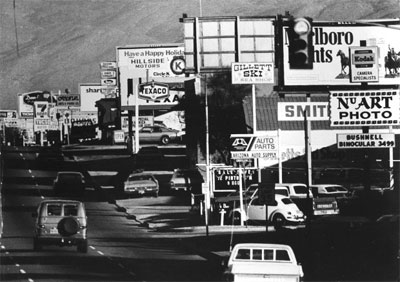 Life magazine named Tucson’s Speedway Blvd. “America’s Ugliest Street” in 1977 because of its abrasive blend of endless signs, billboards and parking lots. If I were mayor of Tucson, I would’ve named Life magazine “America’s Deadest Magazine” in 2007.

This comes from a poll from 2006, not from me. I wouldn’t have picked this as America’s strangest street name; it’s way too contrived. I prefer the existential ones, like Nota Road in Wilmington, Vermont. The top five from the poll were: Psycho Path in Traverse City, Michigan; Divorce Court in Heather Highlands, Pennsylvania; Farfrompoopen Road in Tennessee; the intersection of Lonesome and Hardup in Albany, Georgia; and the intersection of Clinton and Fidelity in Houston.

There are at least four streets in Colorado named Kinnikinnik — which, at 11 letters, is one of the longest single-word English palindromes. It’s a Native American word, and refers to a mixture of bark, leaves, berries and tobacco that you smoke. That’s such smart branding. If you want your smoking mix to get some publicity, go with a monster palindrome.

It’s been a long time since I did the drive from L.A. to Vegas — but all the times I did, I never realized I was driving in a death trap. The 180-mile stretch of the 15 between San Bernardino, California and Las Vegas had the most fatalities of any stretch of road in the country. SO many people risking their lives to take photos of Zzyzx Road and/or the World’s Largest Thermometer.

11 Most Stolen Road Signs in the U.S.