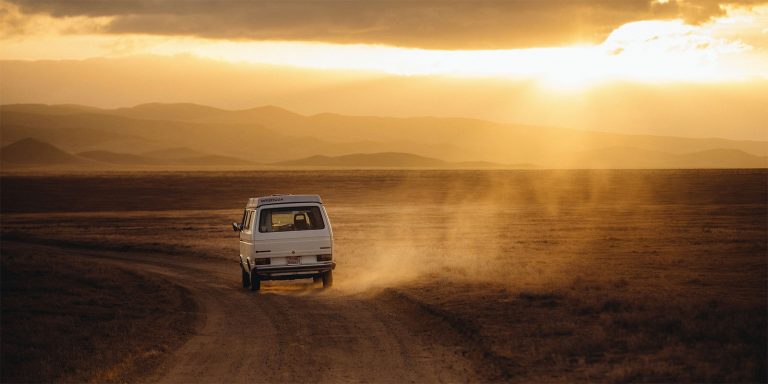 Why you need to avoid Billy Joel, arguing over drifters and not drinking in the car in Mississippi.

I can never pass up a good road trip.

I can’t count how many road trips I’ve been on — it must be approaching triple digits — and I’m happy to say that the number just keeps increasing. On Friday, I’ll be driving to Las Vegas with some friends — a road trip path I’ve chronicled before in my 11 Highlights of the Los Angeles-Las Vegas Drive, yet one that never gets old.

In no particular order (so numbered 1-11 instead of 11-1, for those that keep up on the day-to-day decisions of why I number lists the way I do)…

Road trips are communal experiences. Each person in the car is an absolutely crucial element. To have an ideal road trip, your individual personalities need to combine, like Voltron.

As soon as someone in the backseat goes rogue and starts listening to their own iPod or playing the new, cool Nintendo DS game (which, I’m sure, is something like The Pokemons Meet The Jetsons)… you’re done. All of a sudden the communal experience is shattered and, before you know it, the other person in the backseat is asleep and the two people in the front seat are having a two-hour heart-to-heart about how good of friends they are.

Getting a speeding ticket during a road trip is brutal for so many reasons. (1) Instantly destroys the good mood. (2) Makes you go the speed limit from that point on, therefore kills the fun of bragging about what good time you guys are making. (3) Leads to the awkward discussion of whether the driver is going to cover the cost of the ticket or if you’re all going to split it because, odds are, you didn’t do the equivalent of a road trip pre-nup regarding costs.

There are ways around this of course… besides going the speed limit. You can either go just a lil bit over the speed limit (like nine miles-per-hour or less), so at least the ticket won’t hit thousands of dollars/felony level… you can only take road trips through rural Montana where there are no speed limits… or you can invest in some form of ticket prevention technology.

That stuff really can work, too. One time back in college, my friend Adam and I went on a mini road trip — from school in Chicago up to his family’s place in Detroit, down to my family’s place in Cleveland, back to Chicago. We had one of those radar detectors and were shocked that it did, in fact, work. We began to praise it as a deity, but that’s a story for another day.

It goes without saying that you have to prepare music for the road trip. And it really doesn’t matter what that music is — whatever you guys like, whatever will keep everyone happy, that works.

As long as it’s not Billy Joel. Because I can say from empirical evidence that Billy Joel kills road trips.

Just try it once and you’ll learn the hard way. As soon as your first few mixes are done and someone suggests you guys switch to Billy Joel, people will start falling asleep, rampantly texting, staring out the window as if drugged.

My friend (also named) Sam and I have theorized endlessly as to why Billy Joel is such a road trip killer and, ultimately, we agreed on a principle. Billy Joel has a decent number of songs that everyone knows (a good 12-15 of these)… and your average person likes Billy Joel. (Including me, by the way — this point is not an indictment of Billy Joel.)

But, outside of the dozen-or-so known tracks, his music is pretty droning and depressing. And some mix of his melodies, his voice and his lyrics that always seem to spin folklore-ish tales have this badly hypnotic quality. You can’t sing along to him, you can’t bounce to him… you have to just sit there and listen like you’re being sung to by a professor reading from his mostly boring memoirs.

With each song it gets worse, until the point where you go to sleep, because his songs and stories have kinda made you want to set yourself on fire. (And, of course, if you do, Billy Joel has already gone on record to absolve himself of blame.)

I’m not sure why it happens — there are few things we do in life that expend fewer calories than sitting virtually motionless in a car for hours and hours on end — but people tend to want to eat huge meals during road trip food stops.

You need to fight that instinct. Going for the super size (whether it’s Biggie Sizing or King Sizing or whatever) will guarantee only two results, both of which are road trip poison: (1) Indigestion/illness/even vomiting (2) The need for many momentum-killing bathroom stops.

Just get the smaller fries, the smaller soda, the burritos that don’t weigh half a pound. It will benefit you in every single possible way.

5 | Spontaneous arguments over whether or not to pick up drifters

So you’re on a road trip and you pass a hitchhiker. This inevitably leads to a debate. “What if he’s a deranged murderer?” “But what if he’s not?” “I say we pick him up and see what happens.” “I already own a copy of 7-Minute Abs.”

I’m not going to tell you whether or not to pick up that drifter. But I will say this: Before you embark, the car should decide on its drifter policy… because you don’t want to have a huge fight that leads to you turning around to pick him up after all.

6 | Drinking more than three Red Bulls or cups of coffee

Staying awake during a road trip is crucial — otherwise, ya know, you miss the road trip. But you need to dig down and find some of your energy from within.

When you cross that magic line from well-caffeinated into hallucinating, you’ve got a problem. Suddenly the car feels very small. Suddenly you think everyone in the car is trying to kill you (especially that drifter you all agreed to pick up a few points back). Suddenly your heart is beating a little too fast and not even the soothing strains of She’s Always a Woman can slow its pace.

And at that moment, you’re officially on a bad road trip. It’s like a bad acid trip, but with more farting.

7 | Making a schedule that’s too rigid or too loose

Yes, a road trip is officially about getting from one place to another. But, really, it’s just as much about the time in the car.

But you don’t want your schedule to be too rigid. (i.e., “If we don’t get there in an hour Amy Smart will have to call in a bomb threat.”)

A different friend Adam and I did a California road trip a few years back. We had places to be, but no hard-and-fast schedule. This allowed us to stop wherever we wanted. Detour to UC Santa Cruz? Sure! Stop at every miniature golf course we see off the freeways? Sure!

On your road trip, you may spot something off the side of the road — and you should have the freedom and flexibility to do it. Whether it’s a water slide park, a blueberry festival (?), or a farmhouse where the generous and hospitable farmer serves amazing food but only has one rule and that’s not to touch his blond virginal daughter… stop.

Just give yourself some form of a deadline, to keep your goal-oriented momentum up. (Plus, once his daughter comes on to you and he chases you out of the house with a double-barrelled shotgun and you and your friends jump in the car and peel out screaming, “Whoooooa!” you’ll make it on time anyway.)

It’s a terrible start to a road trip when everyone gets in the car, all excited, you pull on to the freeway… and you’re instantly met with a wall of traffic and a two-hour delay.

This is almost a guarantee in L.A. (or when leaving Vegas on a Sunday to return to L.A.) — but it’s a possibility anywhere if you leave during a rush hour zone. So plan your trip around a weird departure time. Ten in the morning, 11 at night or the ever popular three in the morning — those will all make sure that, within two hours, you’re no longer getting your hometown radio stations or passing cities whose names you recognize.

9 | Sleeping in the passenger seat

It’s not ideal, but people fall asleep on road trips. It happens. (I’ve certainly done it — on a road trip my senior year of college I almost managed to sleep from Denver to Lincoln, Nebraska… and then from Lincoln to Chicago the next day. Don’t know how that happened.)

But it’s not OK for the person in the front seat to fall asleep. They serve as the front seat-back seat conversation liaison, play DJ AND make the arm pumping motion at truck drivers. And, more importantly, if everyone else falls asleep, they’re in charge of keeping the driver engaged and awake… so you don’t ever have to find out if your car has the Navitron Autodrive System like Reliable Red Barclay’s truck.

10 | Not taking advantage of cool laws in other states

A little research can change everything. Example: In Arkansas, Connecticut, Delaware, Mississippi, Missouri, Tennessee, Virginia and West Virginia all the passengers are legally allowed to crack open alcoholic beverages. And in Mississippi, even the driver can join in on the drinking (as long as his blood alcohol level stays below the legal limit. (This would be perfect for playing the It’s Always Sunny state name drinking game. I recommend North Virginia.)

Whatever does it for you — legal brothels, the counties that ban ATM fees, cities with no sales tax, states where you’re required to pump your gas, legal marijuana dispensaries, gay marriages, marrying your first cousin — it’s all out there for you on your road trip, you’ve just got to do a little research first.

Because no matter what else happens on your road trip — you steal a bus from a school for the blind and crash a black fraternity party, you inadvertently wind up driving into a Smash Mouth concert, you destroy the sun sphere from the World’s Fair in Knoxville — all anyone’s ever going to remember is the shart. And your trip doesn’t deserve that.

11 Public Bathroom Options, Ranked From Least To Most Rank