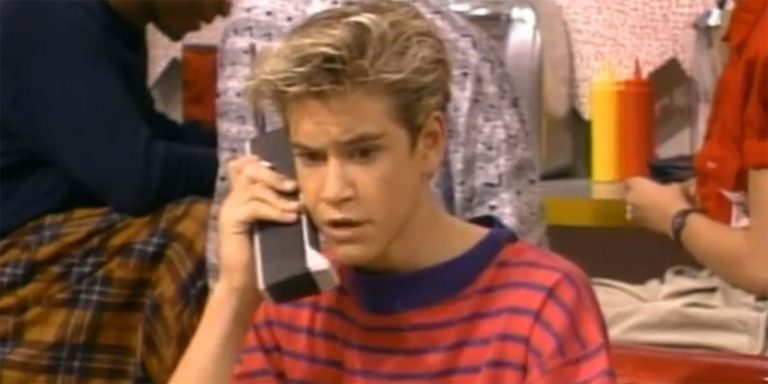 From the car phone to Zack Morris’s beast to a bunch of strange Nokias, phones have come a long way.

I think I have to get a new cell phone very soon… I’ve had mine for more than two years, which is forever in the cell phone universe… and it’s no longer charging. I have to put my battery in my roommate’s phone (he also lives with the joy that is the Motorola Q), charge it in there, then bring it back to my phone. And I just can’t see that system working out long term.

Anyway, I complain about my phone, but it does provide me with e-mail, the Internet, streaming TV (thanks to a Slingbox), a game called Bubble Breaker and, occasionally, phone calls. Cell phones have come a long way, baby.

I remember when my dad got a car phone. All of a sudden our family’s 1990 Plymouth Acclaim wasn’t just cool because it was an Acclaim… it was cool because you could make phone calls from it!

Of course, those calls cost like $2 a minute and the phone was so large I think there was no way to install it without completely blocking the emergency brake… but the future was here.

That was the first and last time my dad was an early adopter on cell phone technology. I just had to talk him into replacing his four-year-old phone that T-Mobile gave him for free… he’d gone two years with it only working outdoors, and he had been fine with that. 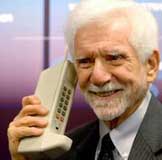 Zack Morris’s cell phone on “Saved by the Bell” was absolutely iconic… even it it was about a foot long and five inches deep.

I’d say it contributed 85 percent to his coolness. That, and his ability to freeze time. 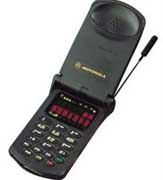 I’m pretty sure this was the first flip phone. My friend’s dad got one circa 1996 and there was NOTHING cooler. I also believe that it cost a few grand at the time.

Sadly, this phone’s compactness also started the hideous trend of attaching your cell phone to your belt. When history is finally written and people are looking back at the ’90s and early ’00s and people are deciding what fashion trends to most aggressively mock us for, ugly, antiquated cell phones attached to belts will have to be in the top three. 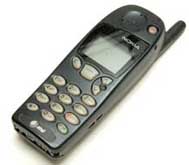 I feel like everyone had this phone at some point. And why not? It had SNAKE. Snake remains the best free cell phone game ever.

People with much fancier phones would borrow your giant, ugly Nokia just to play snake.

5 | The small Nokia with AOL logo 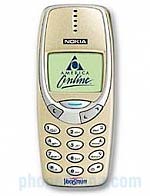 I actually got this phone. When I switched from Sprint to T-Mobile, I decided I didn’t want to pay for a phone… and this one was free. My favorite part is the America Online logo they plastered on the screen. (The phone couldn’t go onto AOL… but it did have Instant Messenger built in. Still, that logo just FEELS so antiquated.) That was the big selling point. That, and the gold color.

In retrospect, I actually liked this phone. It worked pretty well. You could go online and find the codes to program in your own ringtones (I remember plunking in “Big Pimpin'”, which was huge at the time).

I don’t think I ever saw anyone use this, but I know it existed.

You’d put the battery over your shoulder and talk on the headset.

Doesn’t seem particularly practical, but it’s better than, ya know, trying to find a pay phone. I guess.

I think Motorola made this phone to resemble a Star Trek communicator device. It was designed to look futuristic… but, unfortunately for Motorola, in the way that people in the ’60s and ’70s thought the future was going to look.

To use it, you wouldn’t flip it open, you’d swing the front part up, 180 degrees. In the end, it just looked strange.

I can’t guarantee it, but I think dysfunctional phones like this might’ve been the reason that in Wanna Be a Baller, Lil’ Troy was so adamant about switching from Motorola to a PrimeCo phone. 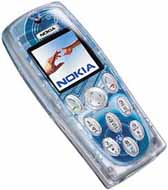 It was an ugly, ugly Nokia. For some reason, they decided that 12 keys were just too many. So they turned the 12 buttons into six buttons, and, by all accounts, made it impossible to accurately dial.

And probably impossible to accurately text in your vote. Maybe that’s how John Stevens outlasted Jennifer Hudson that year. 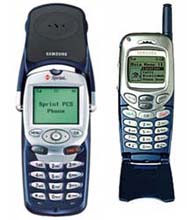 Cell phones are smaller now than they were in the past, that’s a fact. But even eight to 10 years ago, most cell phone companies were, at least, trying to give the illusion of sleekness.

Not Samsung. They made two phones (the N200 and N300) which required swinging giant, mostly useless pieces of plastic out to have conversations.

The N300 had a flimsy little flap that swung down from in front of the keypad and served as the microphone. The N200 took it even farther… you had to swing up an extraordinarily bulky piece of plastic to get to the keys… and then that plastic served as the earpiece.

But I give Samsung credit for being non-conformist here. Who says small is cool? Not Samsung. Damn straight.

I like that when this Nokia phone came out, everyone compared the keypad to a container for birth control pills.

We’re such a country of perverts. Perverts with cell phones that allow us to be bigger perverts. 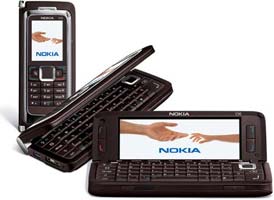 This was during the brief phase where Nokia considered transitioning from a cell phone manufacturer into a boat anchor manufacturer.

Apologies to all of the other ugly, experimental Nokias and Motorola flops that didn’t make the list. And to my first phone, which was a flip phone from Sprint and Samsung that had the best battery life in history.

Seriously. That thing would last a week. And it can hold a charge, too. I turned the phone on about a year ago, after six or so years of sitting in a storage box, and it turned right on and still had two battery pieces left.

Now, if you’ll excuse me, I need to go leech more power off my roommate’s phone. After all, my Motorola Q has been on for half a day.