11 Disappointments About He-Man, In Retrospect 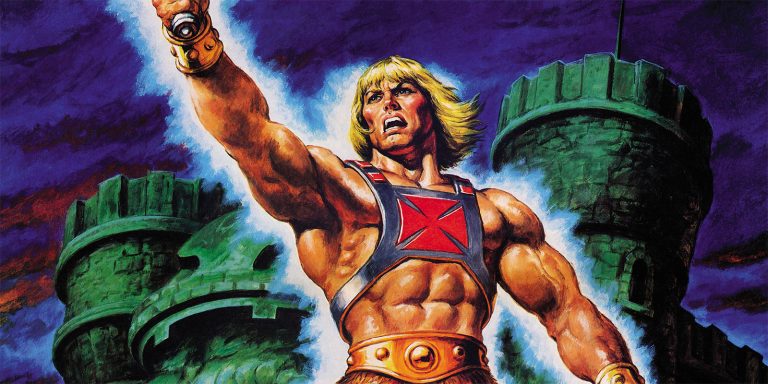 I loved He-Man as a kid. Turns out it was a cheaply animated toy commercial the entire time.

As I’ve mentioned before, I was a huge He-Man fan as a kid. Huge. I loved that show. I loved the toys. I was into it to the point where I’m pretty sure it was my first pop culture obsession.

That was about (yikes) 25 years ago now. And 25 years of hindsight can really give you a lot of perspective on what was really happening back in the day.

This is my list of 11 disappointments about He-Man… in retrospect.

Mattel financed the show. This isn’t a what came first, the chicken or the egg scenario. The toys came first, Mattel wanted to help sell them by giving the toy characters backstories and exposure… and thus, they reached out to Filmation and He-Man was born.

As kids, we didn’t know/realize/care. But it was the sad truth. We were being sold something. Hard.

And it worked. They sold, and we bought. Of course, somehow, inadvertently, the show became a cult sensation and cultural phenomenon. But that was just a side effect, and a complete accident.

He-Man only ran for two seasons. For all the hype surrounding it, that was it. And that’s because Mattel wasn’t going for a hit show… this wasn’t supposed to be The Flintstones here… they wanted to sell toys.

And they knew, based on all their research, that the arc for a successful action figure line is just about two years. So they planned on two years of He-Man and, despite its popularity, when those two years were up, they moved on. To She-Ra. And all the toys therein.

3 | There was limited action because the animation was so cheap

As young kids, we didn’t realize the difference between cheap animation and quality animation. But if you watch He-Man now, on DVD or online, you realize that it’s super, super crappy. Like, borderline early-South Park levels of animatiory crapulence.

Two pieces of cheap animation stand out the most. One: How often pieces of the show are repeated. Every time Prince Adam transforms into He-Man, they show the same sequence of him holding up the sword in front of Castle Grayskull. That ain’t an accident. That’s cutting costs.

And two: There is very, very, very little action. There are no drawn out fight scenes. There’s not even really any swordplay. Mostly, it’s just He-Man lifting someone up over his head and throwing them.

And that’s because animating action makes costs skyrocket. While animating characters just standing there with their mouths kinda sorta moving in sync with their voices keeps costs down.

And pretty much every interview with people who worked on the show backs all this up: They had to keep the action to the bare, bare, bare minimum because, by all accounts, He-Man was one of the lowest budget hit shows in history.

4 | He-Man may have been Aryan propaganda

I cannot guarantee this was true. But indoctrinating kids to think that, to be a hero, you need to be a tall, blond-haired, blue-eyed, muscle-bound super-stud living in a castle… I just can’t be on board with that.

He-Man was also most of our introduction to the concept of pectoral, tricep, quadricep and ab muscles. Could he be responsible for my generation’s obsessive desire to lift weights? It seems unlikely… but if you think about it, it’s not a zero percent chance.

5 | Orko was named Orko to save money

Another funny cost-cutting one here we didn’t realize as kids. Originally, the Orko character was named “Gorko”. But they switched it to Orko, so he could have a big “O” on his shirt instead of a big “G”.

Why was that cost cutting? That way, every time they drew Orko, they could re-use those animation cells just by flipping them over as mirror images. Can’t do that with a “G” that would turn out backwards… can do it with an “O”.

Lou Scheimer was the head of He-Man… and, therefore, the one responsible for making sure to keep the costs as low as possible… and then lower them some more.

One good cost saving measure: Do a ton of voices himself. Then sign up his daughter to handle some others. That’s free talent, right there.

Did we kids have any idea that we weren’t getting top-shelf voice talent, and that the EP was just running into the recording booth to avoid paying scale to some poor struggling actor? Not at all.

7 | The show was syndicated because Mattel funded it

Kids have no idea what syndicated programming is. We didn’t know He-Man wasn’t on a specific network nationwide. We just knew to turn our TV to whatever channel it was on and watch it.

In retrospect, now I know all about syndicated programming, and I know WHY He-Man wasn’t network affiliated: Since it was funded by Mattel, everyone knew it was a blatant commercial… and no network could or would touch it.

By all rights, both of these characters really sucked. He-Man was a completely generic hero trope — doing good for good’s sake, not having much to contribute intelligence- or insight-wise, being all brawn and no essence. He was kind of a mimbo.

Skeletor was even worse. He was such an over-the-top comedic villain, always cackling and drafting freak minions to do his bidding… again, for no particular reason other than the generic evildoer motivations.

These two guys were the good and evil centers of the He-Man universe, and they were both straight off the character assembly line.

And yet… that didn’t bother us. Because we were so young, we hadn’t really encountered what heroes and villains were supposed to be. There was no Dark Knight back then, showing us tortured, complex heroes or the motivations behind villains. We didn’t need that. Now we’re spoiled. But back then, a generic bodybuilder fighting a cackling skeleton was all it took to blow up our metaphorical skirts.

The reason that Skeletor recruited a different bad guy almost every episode was simple: It was in Filmation’s best interest to rapidly create new characters. Because if they created a character, he caught on and Mattel decided to turn him into an action figure, Filmation got a piece of that.

We didn’t know that. I guess we just thought Eternia had some kind of rudimentary Craigslist where Skeletor could post something in the gigs section. “Need minion all day Thursday. Preferably monster or monster-esque. One head OK, but prefer multiple heads. Part animal encouraged. Pay negotiable based on experience. NO NUDITY.”

10 | We were being flooded with Satanic images?

Had no idea, but, apparently, He-Man drew some heat because everyone’s favorite people, the religious watchdogs and morality police, decided that He-Man was chock full of Satanic imagery.

I’ve racked my brain and done my research and I can’t figure out (other than generic magic stuff) how He-Man could possibly be interpreted as Satanic. Promoting witchcraft, maybe. Disrespectful to Jesus because He-Man is portrayed as the savior of Eternia? That’s stretching… plus it’s not Satanic.

But anyway, the righteous crusaders believed He-Man was leading my generation to Satan, and we had no idea. Back then, or 25 years later.

As the story goes, when Arnold’s Conan was in production, Mattel smelled a toy franchise all over it.

But… when Conan the Barbarian came out, it had an R rating. That kept kids away (and a lot of people, it only made $38 million)… and pretty much made it impossible for Mattel to build a toy line around it.

So they went to Plan B: Make toys about a character just like Conan… but who DOESN’T go around slicing off horse’s legs and having bloody battles against cannibalistic cult members.

And that was the genesis of He-Man. He was Conan the Barbarian Lite.

Now… with all this being said, you’d think I was down on He-Man. But I’m not. Not in the least. I still have incredibly strong memories of the show and the toys. Writing this blog entry made me feel nostalgic, not jaded or angry or deceived.

Because, in spite of everything above, He-Man transcended its sellout roots to become a legitimate cultural phenomenon. And one I’m really happy to have been a part of.

(Huge, huge thanks go out to He-Man.org, without which this post would not have been possible.)