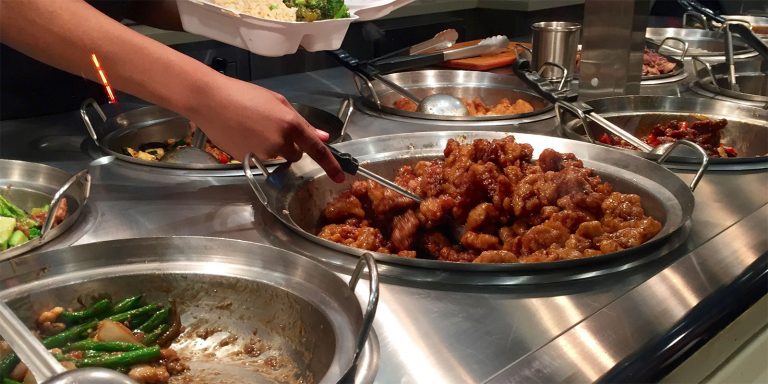 Olive Garden, Panda Express, Taco Bell and plenty of others.

I’ve wanted to do this list for a long time and, on Sunday night, I finally had the motivation. (That motivation will become evident when you get to the end of this list.)

For this list, I’m looking at big chain restaurants that purport to be serving the cuisine of a certain country or region… but are doing a completely inauthentic job of it.

I debated this (with myself) for quite some time and, ultimately, decided that the Olive Garden is the poster child of chain restaurants that just don’t do authentic. I thought about it this way: If I had an Italian relative come to visit, would I ever dare take him to the Olive Garden?

The answer, of course, is… not a chance in hell.

And it’s not just because the pasta is very generic and Americanized. It’s because they really try to sell the Italian aspects of the chain (“Hospitaliano!” “When you’re here, you’re family!”) which makes their culinary failures even more exaggerated.

As I wrote in my list of 11 Obscure Taco Bell Trivia Facts, Taco Bell has been trying to get a market share in Mexico… by branding themselves as a restaurant that serves American food. If that isn’t the most blatant way to say “our menu is inauthentic,” nothing is.

One time, in Chinatown here in L.A., I made the mistake of eating truly authentic Chinese food. The kind that you can’t order off the menu that has English on it. The kind that only Chinese people order.

Anyway, it included a lot of tentacles and mystery eggs and slime and things that looked soft but were suspiciously crispy.

A giant vat of deep fried orange chicken was no where to be found. Nor was a plastic fork, tub of Pepsi or Hispanic guy on wok duty.

Just because Bennigan’s has a lot of potato-based items on their menu doesn’t mean they’re true Irish. From what pop culture has taught me, authentic Irish cuisine means potato-fried potatoes, a side of cabbage, something to feed your newborn baby-du-jour and maybe a bowl of Lucky Charms.

Benihana is theater and it’s enjoyable. But it’s not real Japanese. The whole thing where the Benihana chef slices up an onion and turns it into an oil volcano? Dramatic. But not Japanese.

I know this because my roommate freshman year of college was a recent Japanese immigrant. Within our first 10 minutes of conversation I asked him this question about the authenticity of Benihana. Yeah… 1997-98 was a really strange year for the poor kid.

There’s a Del Taco right across the street from my office. I don’t eat there, because, from what I can tell, it’s gross. But some of my coworkers do.

Last week, one came back from lunch with Del Taco. “What’d you get?” I asked him, trying to procrastinate through pleasant conversation. “Double cheeseburger and a large cup of fries,” he answered.

He saw the puzzled look on my face. “Del Taco mostly serves food like that,” he said, “a lot of their combos are even, like, two tacos and fries.”

Hard to truly claim Mexican authenticity when you’re trying to continue the obesifying of America by encouraging people to supplement their burrito with a side of fries.

They’re closed on Christmas. As a Jew, I can tell you: If you’re a true Chinese restaurant, you leave those doors open on December 25th.

And I’m pretty sure I’m only judging them so harshly on that because their sign looks so incredibly cheesy. It’s all hot pink and the font is all scribbly and contrived. Honestly, that sign just screams “Lump us in with the other inauthentic restaurant chains of the world!”

I’ve lived in California for seven-and-a-half years now. Other than putting avocado on everything and using the word “fusion” in every possible way, there isn’t really any definitive California cuisine.

So trying to pass this state off as the home of BBQ Chicken, Thai Chicken or 400 Cheese Pizza is just false advertising.

Doing bastardized versions of about a dozen countries’ breakfasts does not equal an authentic slice of international cuisine. It just makes you Denny’s with three extra types of syrup.

So here’s the truth. I’ve been sitting on the idea to do this list for months now. I never had a reason to get catty about these restaurants though. Until now.

In 2000, my senior year of college at Northwestern, the football team had the kind of season that Northwestern teams don’t have. They went 8-3, complete with three miracle last-second wins thrown in. We tied for the Big Ten championship and seemed destined to go to the Outback Bowl. But… Outback decided that Ohio State was a more marketable school, so they passed over the Northwestern team with a better record to invite Ohio State to the bowl. (Bowl games are generally allowed to do that — the whole thing is a huge farce.) Since then, a small group of loyal NU fans, including myself, have had an all-out boycott on Outback Steakhouse.

Fast forward to now. Northwestern has another season that’s unheard of, going 9-3. Again, we sat in perfect position to go to the Outback Bowl. And yesterday, once again, Outback passed NU for a team with a worse record. They picked 8-4 Iowa. Whom Northwestern actually beat, IN IOWA, earlier this season.

So our boycott doesn’t just continue… now that they’ve screwed Northwestern twice, we need to find another way to hurt them. Our proposed theory is to take over the company (in this economy, that can’t be too tough) and shut them down.

But anyway, back to the list. Haven’t eaten at an Outback Steakhouse in a decade, but, from what I remember, their food isn’t even close to authentic Australian. It’s disgusting. Australians don’t eat bloomin’ onions. Australians are too smart to eat nasty, overpriced steaks made out of grade-D meat. And in Australia, there ARE rules, so Outback’s “No rules, just right” slogan is fraudulent, deceptive and ignorant.

SO inauthentic. SO gross. Never eat there. Or I will hate you.