11 Cruelest Aspects of The Biggest Loser 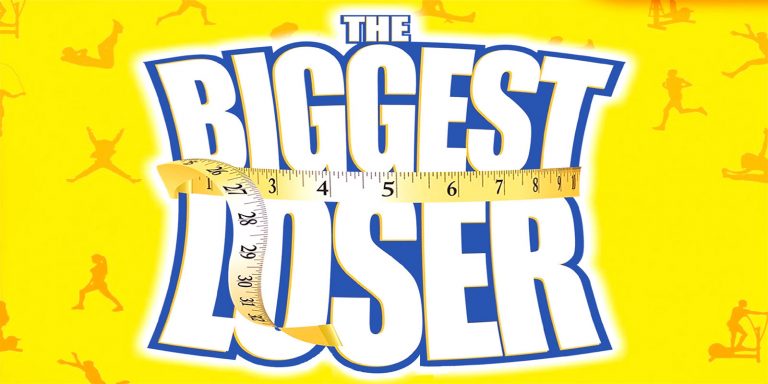 The Biggest Loser helps contestants lose weight — but the path there can be pretty unsettling.

There’s a new season of Biggest Loser starting tonight. I know this because I’M a big loser who gets hooked on some of the world’s dumbest reality shows when I really, really know better. As I recently tweeted, I had to get off my chest that I watched this summer’s entire season of America’s Got Talent.

So let’s get that out of the way. I really, really enjoy watching Biggest Loser — although the title of this list would clearly suggest otherwise. But even though I like watching it, I absolutely recognize its monumental cruelty. It’s like how people are big fans of MMA. Or the pyramids.

Here, as my way of paying strange homage, are 11 of the particularly cruel aspects of Biggest Loser.

So these contestants get to go to the weigh-in wearing t-shirts, but then, when it’s their individual turn to get on the scale for their verdict, they have to take the shirts off and show their torsos on national TV. Even though they were actually weighed in earlier off camera (the scale there is just for spectacle) so it’s not like the shirts add weight.

And then, for the extra kick in the balls, once they’ve all lost like 100 pounds, THEN they get to start keeping their shirts on for the weigh-in. Which is, of course, the exact opposite of what they’d want. It’d be like a before-and-after ad for Proactiv where the girl shows her massive acne in the “before” and then has her face fully covered in a Mexican wrestling mask in the “after.”

In my life experience, the ratio of proper diet to good exercise needed for weight loss is about 90-10, maybe 85-15. The ratio shown on Biggest Loser is about 3-97. In fact, basically the only time they head into the kitchen is for awkward product placement where a trainer recommends gum or turkey burgers or Subway or Tupperware.

I really hope that, off camera, they give the contestants advice that isn’t product placed. Because the stuff we see lacks all credibility. Much like you wouldn’t want to get poker advice from a guy across the table or get marriage counseling from a divorce lawyer whose triplets just got into Carnegie Mellon, you want your nutrition recommendations from someone who doesn’t have a horse in the race.

The contestants drop a ton of weight early on, and then, even a 12, 15, 18 weeks in, they’re still dropping anywhere from two to seven pounds a week. This is insanity.

It also sets up a completely unrealistic expectation about what’s feasible. The contestants on the show get to have their full-time job be weight loss. They eat healthy meals (I assume; again, we never see this), work out eight hours a day, and, most important, don’t have to go to work or run the kids around town or eat out with friends or family. That’s not designed for weight loss, it’s designed for weight hemorrhaging. It’s why so, so many of them struggle to continue losing weight (or even keep the weight off) when they go back to reality.

This is the obvious one. If you’ve never watched Biggest Loser, the first time you see a temptation challenge you’ll be floored. Every few weeks, the contestants do a challenge that generally includes putting them in a room full of candy and donuts. If they eat the junk — sabotaging their hard work — they win a prize. That’s, obviously, reality TV at its worst; a show that ostensibly prides itself on being a salvation for the super-obese occasionally drops them off to torture them in the Land of Chocolate. That’s not an initiative I would’ve spearheaded.

5 | It regularly treads into “yelling at fat people” pornography

Although now that Jillian Michaels has left the show and moved on to faux-sexual commercials for a domain name registrar this aspect could be toned down.

6 | The makeovers come so late in the process

I can’t believe this sentence is about to come out of my fingers — but each season, I really look forward to the makeover episode.

OK, I’m back, just had to go reassert my manliness. I ate a pound of beef jerky, ignored the length of my toenails, and made my girlfriend turn on Private Practice and say “We’re going to watch this together” so I could respond “Hell no, I’m not watching Private Practice!”

The makeovers are a key moment in Biggest Loser because, mostly, the men have horrific hair and facial hair. I wrote about this in my book; as soon they get haircuts they look as if they’ve dropped another 30 pounds.

So it’s a shame the show waits until there are only five or six contestants left before they give them this crucial, crucial gift.

7 | Medical news is given for shock value

Part of the first episode of each season involves the contestants being checked out by a doctor and then told about all of the horrible, horrible health conditions they have. It’s set up so that, later in the season, they can get good news about how much they’ve improved.

But… at the time, their medical news is delivered for maximum shock value, which is great for TV. Bedside manner? Dead. Respectfully breaking news about life-threatening conditions? No chance. There was one exchange a few seasons ago that stuck out to me. And I paraphrase from memory…

Doctor: Oh yes you do.

Doctor: Oh yes you do. And cancer.

This is cruel to the viewers (especially viewers like my mom who don’t have the setup to fast forward through commercials). I know NBC has trouble lately filling their schedule with enough quality programming, but this is a one-hour show that gets stretched like Mike Teevee to fill two hours.

Next time, notice the way they deliver exposition to stretch it out. For example, the host, Allison Sweeney, will show up at the ranch. They cut to a contestant saying, “And Allison showed up and I was thinking… what is she doing here?” Then Allison will say, “I’m here for a special challenge.” And then they cut to a different contestant saying, “A special challenge? What’s special? What could be special about it? I don’t know WHAT to expect!” Then back to Allison saying, “We call this challenge the Treadmill Trio.” Now to a contestant saying, “The treadmill trio? I don’t know if she means, like, we’re running on three treadmills or what we have to do with three treadmills.” Annnnnd… so on. For two hours.

Back in the late ’90s, when I was watching pro wrestling, they got to a point where they felt they had to keep one-upping themselves with the stunts. Things got out of control. Mick Foley was thrown headfirst 20 feet off of a cage into a small table on a concrete floor. People were diving off giant ladders. The wrestlers were getting set on fire and fighting on tacks and all kinds of crazy, brutal stuff. Eventually it reached a tipping point and they realized they had to scale back. So these days, wrestlers barely ever even hit each other with chairs, and moves off the top rope only happen about once or twice a night.

The Biggest Loser hasn’t reached its tipping point yet. Watching the first season, they have contestants who are morbidly obese and need to lose weight… but some of them are in the high 200s and low 300s. In the recent seasons, they’re finding more and more people in the 400s and even 500s. It’s got to be an unsustainable pattern. And also tough news for potential contestants — outside of playing offensive line, sumo wrestling, or being the fourth tenor, it’s the only place where you can be told 330 pounds is “too tiny.”

Is there a latent connotation here — however unintentionally — a subtle insinuation that the person who wins the show is still a loser? That the mere act of reaching a point where you need to be on the show makes you a loser no matter what you achieve?

Or am I reading too deep into things there, like how halfway through Wedding Crashers I thought they’d never revealed Vince Vaughn and Owen Wilson’s characters’ real names and that we were gearing up for some kind of a Fight Club twist at the end?

11 | It is not fun to watch it while eating dinner

Having tried a few times to sit there, eating dinner at 8 pm while the show’s on… it REALLY makes you feel like a piece of shit.

11 Most Tired Cliches About the State of Television