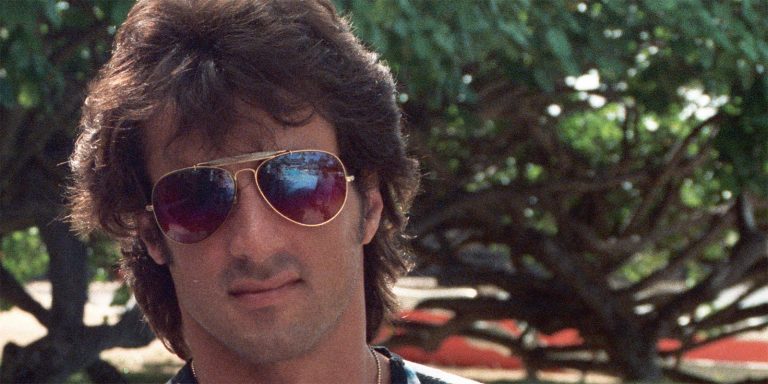 Sylvester Stallone, Harrison Ford, Julia Child, James Joyce and more were doing something totally different with their lives when they turned 30.

Well, let me tell you, 30 really sneaks up. I turn 30 one week from today and I truly, truly cannot believe it. I don’t see a 30-year-old when I look in the mirror, I don’t feel like a 30-year-old when I get out of bed (other than my new trick knee). I wear t-shirts to work, can (albeit regrettably) sing along to three Lady Gaga songs… and last year my hair got so long that I was eventually charged the women’s price to have it cut.

But on August 3rd, if you cut one of my legs open (which would be an awfully shitty birthday present, by the way), there’ll be 30 rings around it. I’m 30 and, in a lot of ways, I feel like I haven’t scratched the surface of what I want to do with my life. In fact, I’ve barely even put my fingernail on that surface.

So, to make myself feel better, I put together this list of people who were still clearly on their way up at age 30. Some had found their path but hadn’t attained any success… some were in a completely different career… some were on the verge of giving up or had given up. But they all peaked after turning 30, found their true calling and hit their prime.

After getting no career traction as an actor in his 20s, Stallone attacked his 30s like any 5’3 man should: He wrote a movie where he was an all-American hero with unbelievable success in sports.

That movie was Rocky… he banged out the Rocky screenplay in three days, in between working at a deli counter and as a movie theater usher… and it launched his career with an Academy Award for Best Picture.

He’d loved music and singing his whole life… but didn’t really see (no pun intended) it as a career possibility. So, after school, he got a law degree at the University of Pisa. At age 30 he was working as a lawyer and moonlighting in a piano bar for fun and extra cash. He didn’t catch a break as a singer until 1992, at age 34.

When she was 30, Martha Stewart was a stockbroker, no doubt learning all about finance and the ethics involved therein. Two years later she and her husband purchased a beat-down farmhouse in Connecticut… she led the restoration… transitioned into a domestic lifestyle… and parlayed that into her evil, evil career.

At age 30, Mao was involved in communism… he was a young star of the Chinese Communist Party… but didn’t realize it could be a career. (Probably didn’t see communism as being very lucrative…?)

Instead, he was working as the principal of an elementary school. Where, no doubt, hall passes were decadent. Four years later he started a communist group that eventually became the Red Army and put him in power.

Absolutely the wrong career. At age 30, Child wasn’t cooking… she was working for the U.S. government as a spy. She went on clandestine missions to China and Sri Lanka (which, at the time, was called Ceylon) to get intelligence documents to agents in the field. She didn’t enter cooking school until age 36.

How it took until now to make a movie about her life (it comes out in like a week, with Meryl Streep) is mind blowing. They made a movie about the life of MC Hammer. They made a sitcom out of the Geico cavemen. I mean… someone bought the rights to make a movie out of Where’s Waldo? You’re telling me Waldo’s more interesting than female spy-turned-TV cooking superstar? It’s Alias meets Top Chef! Just because Waldo traveled to a bunch of exotic places where he managed to mingle with lots of other people wearing deceptive red-and-white striped shirts doesn’t make him movie-worthy.

By 30, Joyce was writing… just not getting published. So to make ends meet he reviewed books, taught and, weirdly, made a lot of money thanks to his gorgeous tenor singing voice. (He was also a raging alcoholic, which isn’t financially lucrative until you become an author and can parlay those drunken antics into stories. Ask Hemingway. Or James Frey, sort of.)

Joyce finally got his first book, Dubliners, published at age 32, which launched his career as, arguably, one of the most successful authors of all time.

So I’ve decided to co-opt his style and will write the next point on this list completely in the manner of James Joyce.

At age 30, Michael Jordan was the biggest star in the world, had just led the Chicago Bulls to three straight NBA championships… and promptly quit to become a minor league baseball later.

This remains one of the most suspicious moves any celebrity has made in our lifetimes. If this happened today, the Internet would actually blow up with people debating the real reason why Jordan quit. The NBA secretly suspended him for gambling but couldn’t afford to admit he’d gambled on their games? Scottie Pippen took photos of him having gay sex with Bill Wennington and threatened to blackmail Jordan unless he stepped away? He killed a man? It’s all equally plausible (especially the Wennington thing).

Anyway, I included this on the list because it shows that even Michael Jordan was still searching for the right career at age 30.

He started doing stand-up at age 19… then gave up on it in his mid-20s. He started working as an acrobatic diver (true… and wow, I never realized that was the influence for the Triple Lindy)… and then as an aluminum siding salesman. He didn’t start getting back into comedy until he was 40.

When Ford was 30, he starred in American Graffiti… which was a huge hit. But he got paid a pittance for acting in it, decided he was never going to make it as an actor, and quit the business to get back into the more financially dependable world of construction.

Four years later, he met up with George Lucas again (for those who don’t know, Lucas directed Graffiti) and Lucas cast him as Han Solo.