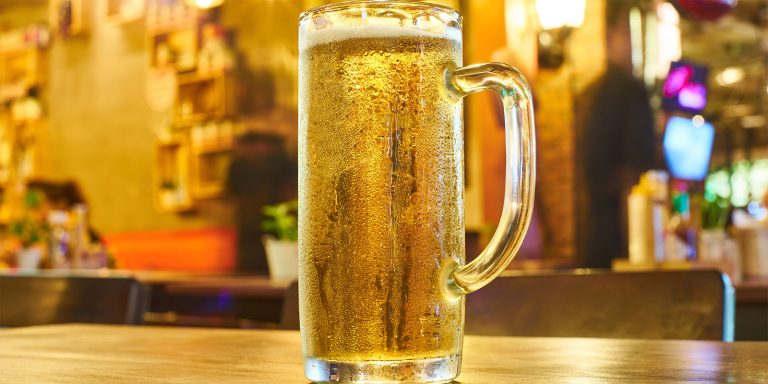 These beers have the best ratio of alcohol to calories.

This is what happens when Excel nerds apply their college degrees to something practical in the real world.

I went to Northwestern University. It’s a nerd school for sure… but it tends to draw a large number of people who don’t let their nerd side completely dominate their personality. As a result, you get thousands of smart kids who love to get hammered… and use their brains to further that initiative.

(As a side note, I know that paragraph is probably Northwestern’s nightmare, but, honestly, putting that in the brochure would recruit a hell of a lot more people than putting a bunch of staged multicultural photos of people reading and laughing on the one patch of grass on campus where they haven’t slapped up a new dorm.)

To that end, my friend Adam (which isn’t all that specific, since I had no fewer than 30 friends named Adam at Northwestern) and I were having a drinking dilemma, and he decided to put his Excel data modeling skills on it.

As we all enter our 30s (I’ll be there in, gulp, two weeks), we can’t bombard our bodies with alcohol anymore and never see any adverse physical effects. But we still would like to drink. And drink beer. So we endeavored to find out which beer gave us the best bang for our nutritional buck.

We analyzed more than 200 beers (which was easier than it sounds, once we found a chart to cut and paste that had calorie, carb and alcohol percentage breakdowns).

If any of that comes off as confusing, it should all make sense once the list starts and you see the hard and fast numbers. And, as a preemptive note, we are NOT taking taste into account here. Because when you’re mostly drinking these out of a cup you’re about to flip, who really takes taste into account?

After we finished this breakdown, we started drinking Beck’s Light. And while I didn’t love it at first, it’s growing on me. Sure it smells a little skunky even when it’s fresh. Yes, it’s far more expensive than the domestics. And sure, it only comes in bottles requiring an opener to get the lid off (which is a problem, for while we haven’t outgrown binge drinking or flip cup, we have outgrown bottle opener keychains and Reefs with bottle opener soles).

But it’s doing the job. And it’s doing it far, far better than any other beer on this list. The calorie-to-alcohol ratio is spectacular to the point of almost being unnatural. I don’t know how the Germans did it but, to paraphrase one of the Shamwow Guy’s non sequiturs, you know the Germans always make good products.

You make a real statement when you show up at a party with a 12-pack of Beast Light. And that statement is: I stopped to buy beer at a Rite Aid that’s going out of business.

One of the first lists I ever wrote for this site was the 11 Best Crappy Domestic Beers. When writing about Natty Light, my thesis was: “You can tell it’s made with cheaper ingredients than any of these other beers… and that’s saying something.”

But who knew when you were drinking Bud Light’s trashier cousin it was actually one of the more crafty ways to get drunk on a diet?

It’s tied with Beck’s Light for the lowest calorie beer (at 64)… but is significantly less alcoholic. Also, it is truly, truly flavorless. This is not the beer to sit down and really savor, nor to try to pair with food. Unless you’re pairing it with an equally tasteless food, like rice cakes or Domino’s Pizza.

This has the exact same calories-per-ounce of alcohol breakdown as MGD 64, so we used carbs as a tiebreaker and it loses, with 3.2 to MGD 64’s 2.4.

But hey, it destroyed Bud Light and Coors Light, neither of which even cracked this top 11. Finally, a win for Miller Lite! Because it’s really the RC Cola of the three major light beers.

I had to Google Aspen Edge to find out what it is — turns out it’s Coors’s foray into the low-carb beer market. So I can’t comment on its taste because I’m not sure that I’ve ever seen it in a store.

Now that I’m looking for it, if I do see it, I’ll buy some and review it on my Twitter feed. I’m pretty sure I’ll be able to sum it up in 140 characters or less — after all, “watery” is only six letters.

I don’t think anyone really understands the point of Budweiser Select. Maybe it’s like the Coke Zero of the Bud family, if Budweiser is Coke and Bud Light is Diet Coke. But it doesn’t taste like Bud Heavy at all. So I don’t know. And how does Bud Dry fit into the equation? You know, ALL of these issues would be completely clarified if they hadn’t killed off the Bud Bowl.

I’m shocked at how many calories are in one of these things. Yes, it’s low carb (at 2.6 grams of carbs per bottle it’s tied with Aspen Edge for the top spot)… but it’s really not that great.

And there’s SUCH a stigma attached to drinking this. Just try it out: Buy a six pack of Michelob Ultra bottles and walk into a party. People will either ask you if you’re on a diet or ask you how your vagina’s doing… but never ask if they can have one.

This is the first one on the list that’s got big calories and big alcohol, making it more efficient than any of the others. I have basically stayed away from the “ice” genre of beers in my drinking life… not for any particular reason other than that ice beers conjure up an image in my mind of burly alcoholics in North Dakota or Minnesota.

I really like Corona Light. To make my THIRD soda analogy of this list, it’s the Diet Dr. Pepper of light beers… it tastes the most like the original. It’s definitely the best choice when you’re at a Mexican restaurant. Tecate is the worst — it finished ranked 180th on our list, with 146 calories and only 4.6% alcohol.

The fact that there’s a Beast Ice… and I’d never heard of it until I made this list… is my proof that I have so, so much more to learn in life.

[ETA, 10:17 am: A reader named Ryan pointed me to a website called GetDrunkNotFat, which seems to, pretty much, have done this exact same thing. Although their data for Beck’s Light is wrong, which throws off the whole balance of the list. The crazy thing is, we Googled this before we started working on it and didn’t find them. But you can check them out to see how mixed drinks factor into this equation.]