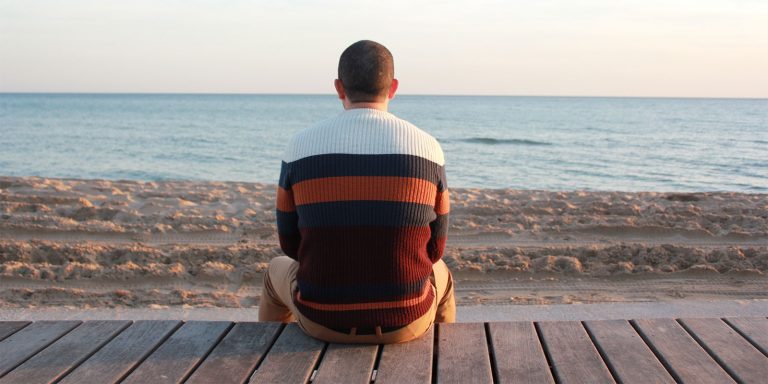 From going to a restaurant alone on Valentine’s Day to playing on a seesaw, it’s all here.

Don’t worry, alcoholics… drinking alone didn’t make it on my list. So you’re safe to read this and remain judgment-free.

This list idea came to me a while ago, but, for whatever reason, I couldn’t come up with 11 items I loved until now. But inspiration struck today so, finally, it’s time to poke gentle and not-so-gentle fun at people who do stuff by themselves.

Here’s my long-researched list of things that are strange or odd or weird to do by yourself, in increasing order of strangeness. Enjoy.

1 | Going to a restaurant

Some people I know will never go to a restaurant by themselves. Whether it looks lonely or depressing or whatever… some people just aren’t down with it.

And I agree, there are some occasions when I think it’s a bit off to go to a restaurant by yourself. Going to a romantic French restaurant on Valentine’s Day to have dinner alone is weird. Going to a popular, crowded late night restaurant at 11 pm alone is kinda weird.

Going to Benihana during the lunch rush and grabbing the vacant eighth seat at a table when the other seven people there know each other is weird. (Especially if they all order together and you order separate so the chef has to cook your meat in a tiny little pile next to their giant meat pile, and even give you your own onion oil volcano demonstration.)

But just generally going to a restaurant with a book or some work and grabbing a quick lunch or dinner by yourself? Not all that weird. At least not compare with the rest of the stuff on this list…

2 | Going to a movie on a weekend night

To me, a movie is slightly weirder than a restaurant. While it’s darker, so, technically, not as many people are staring you down making you feel awkward… you’re voluntarily going to one of the most communal activities around as a loner.

Every once in a while, some friends and I will get inspired to go bowling on a weekday night. And quite often, there’s a guy a few lanes down, by himself, just bowling away.

We’re not talking PBA pros here either. Usually they’ve brought their own ball, but, skill-wise, they’re usually comparable to Takashi in Wii Bowling whose skill level is around 870.

Amateur bowling by yourself, on a Tuesday night, with nary a bowling pin shaped Bud Light bottle in sight (yes, the ones with the reservoir tip)… rough.

Standing there screaming “Def Leppard Rules” with no friends at your side to acknowledge and confirm that, yes, Def Leppard does rule… it just doesn’t work.

Especially if you’re not even at a Def Leppard concert.

Well this one comes from painful personal experience. December 31st, 2001. I’ve been in Los Angeles about six months. Don’t have any friends except my roommate, who’s out of town. Just got let go from a temp job and had less than three figures in the bank. My friends back in Chicago having a big New Year’s party at their place, which I can’t afford to go to.

So I sat on the couch on New Year’s Eve, drank Diet Coke and, I believe, watched MTV’s New Year’s Eve coverage, with Carson Daly interviewing Mandy Moore about her sure-to-be-a-megahit-movie A Walk To Remember.

Now let us never speak of that night again.

I’m talking about playing a full game, with you being at least two or three different pieces. No one will really know you’re doing it, so it’s far less public than the rest. But this ranks on the list because, deep down, you know you’ll start cheating and pulling off lopsided trades to help your front running player “win.” And that is totally weird.

Going alone to a Lamaze class sounds like a scene from that zany romcom you saw alone back in point two.

(It would be extra funny if the Lamaze instructor was Lorenzo Lamas.)

(Odds that exact bit ends up in a Katherine Heigl movie, with a title along the lines of And Baby Makes Two: 4-1.)

If you do go alone, don’t run afoul of Principal Dondelinger.

Seeing someone on a seesaw alone is an iconic image of sadness. “I couldn’t find a single friend who wanted to sit on the other side of this moderately entertaining piece of playground equipment with me. And my imaginary friend isn’t heavy enough to push the other side down. But he can fly.”

10 | Going to an amusement park

I don’t even like going to an amusement park with an odd-numbered group of people, because that means someone’s doing a lot of solo riding.

And don’t try to justify this one by bringing up the single riders option… if you’re there alone, you’re waiting in line alone, you’re getting your caricature drawn alone, and at the end of the Haunted Mansion it’s just you alone with your hologram ghost.

11 Qualities That Make You Cool (According to Science)