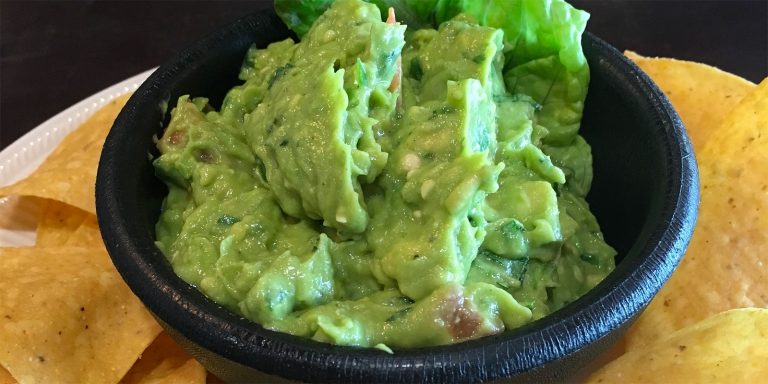 We’ve all been mispronouncing everything from bruschetta to guacamole to bouillon. Here’s the right way.

This list is dedicated to all the people who pronounce “Chipotle” as chip-poh-tul, the Brittas of the word who prounouce “bagel” like it rhymes with “haggle,” and, of course, the people from Louisiana who will literally cut you with a huntin’ knife for saying pray-leen.

Here are 11 food and drink terms that are commonly mispronounced. My criterion for the list: If I’ve been pronouncing the word wrong without realizing it, it made the list. (That’s why quinoa and gnocchi are nowhere to be found.)

Yes — Cousin Eddie has been saying it right all these years. Try the yellow.

So the 7,000 times a day that the staff at Chipotle says, “Guacamole is $1.75 extra, is that ok?” they should really be pronouncing it without the “g.” Just pronounce it as if you’re at a Mexican arcade and you want to play whack-a-mole.

Sorry. But if I see the word “muff,” I’m saying “muff.” I blame my friend Nathan, whose favorite word from 1998 through present was muff.

Sriracha is one of those things that became a “thing” out of nowhere, and now people discuss it as if the world would cease to spin without it. It’s the Downton Abbey of condiments.

I never knew I was pronouncing “noir” wrong. I guess I’ve also been pronouncing it wrong in the phrase “film noir.” How I’ve been mispronouncing it for two decades — that’s a mystery. The kind of mystery that walks into your office on a slow day with red lipstick and gams that just seem to go on for weeks.

Oh yeah, Internet? I pronounce “bruschetta” incorrectly? Then how come the servers at Buca di Beppo have never corrected me?

Turns out the little cubes you drop in soup aren’t the same as the gold coins they sell during 3:00 A.M. informercials. Arguably because bouillon and bullion are different words.

When you pronounce it right (and don’t gets pwn3d by the last syllables), it lends itself so nicely to an Italian accent. (Which then, sadly, leads to me being unable to resist banging out a few more sentences of generic Super Mario dialogue. “Mascarpone. Let’s-a go! It’s-a me, Mario.” And so on.)

Drop the “h” and give that “r” the full-on Hispanic news anchor treatment. Bonus: If you roll the “r” for long enough, perhaps your tongue will go numb and actually allow you to briefly tolerate the taste of horchata.

After writing this, I’m going to start properly pronouncing 10 of the 11 words on this list. This is the exception. I refuse to be a hoom-us person. Because hoom-us people wear scarves in the summer and buy lillies and talk about the pros and cons of montessori education. I will NOT become a hoom-us person.

11 Words With Pronunciations People Are Willing to Fight Over