11 Words With Pronunciations People Are Willing to Fight Over 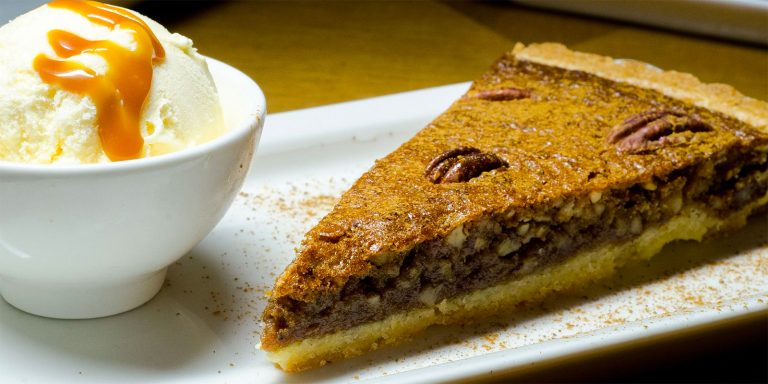 About a week ago, my wife and I were at sushi. I wanted to get a baked salmon roll but she pointed out it was covered in mayonnaise. Pronounced “man-aze.”

Somehow, in five years, I had never noticed she and I pronounce mayonnaise differently. (I say “may-uh-naze.”) And I assure you, with the amount we are either discussing or engaging in eating, the word mayonnaise comes up constantly.

Here are 11 other words with at least two commonly used pronunciations. Some of these are regional differences, some of these are straight up mispronunciations and some are just eternally unsolvable debates. But, in all 11 cases, there are people who will freak out if you pronounce the word differently than they do. 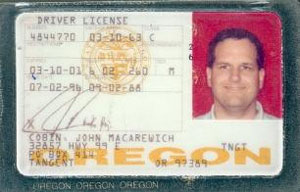 When I was a sophomore in college, one of my friends — who will remain nameless because he’s a bit paranoid that one day an Internet mention will bring his entire empire crumbling down — got his hands on a fake ID. It was from Oregon. The first time he used it at the local college bar, the bouncer immediately knew the ID was fake and asked him to recite his address. My friend had memorized it — as you do with a fake ID — so he recited it, concluding with “Eugene, Ore-eh-GAHN.”

The bouncer let him in, and as he passed, told him, “For future reference, everyone from Oregon actually pronounces it Ore-eh-GEN.” That bar has since been shut down by the city for two decades of serving alcohol to minors.

There’s nothing like finally proving you’re a big man and dropping $97,000 on a Porsche… then having everyone talk about your new “Poresh.” They wouldn’t be making that mistake if you’d bought a practical Kia.

I have no idea what pronunciation is correct for either word. I say pee-KHAN and PRAY-leen, both of which almost got my cut by otherwise genteel Louisianans. By the end of my last trip there, I decided just to call them “um, those sweet nuts” and “um, that pie” respectively. 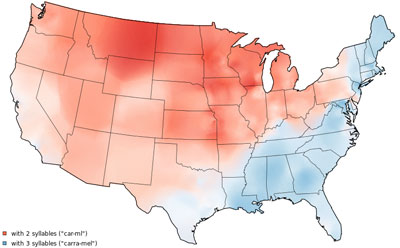 Looking at the map of where it’s used, the pronunciation of caramel might be the one and only thing that can unify the Northeast and South. Other than mutual beliefs that California is full of phonies and a place called Wyoming may or may not actually exist.

The four syllable pronunciation is incorrect even though it sounds so much more proper and sophisticated. It’s the way a proper English gentleman would refer to a neighborhood child swiping extra biscuits or a particularly persnickety dormouse with a penchant for nibbling on asssorted cheese.

The pronunciation of nuclear has evolved to become THE dividing line between whether or not you’re a damn fool. It’s (quite fittingly) a pedantic Cold War.

The phantom “r” has been added to the end of sherbet so many times that Webster’s even includes “sure-burt” as an alternate pronunciation for the word. I’ve said in the past I believe Webster’s can be sloppy and wrong, adding this to the evidence pile. I don’t exactly know how to feel about being such a know-it-all that I’ve added a major dictionary company to my enemies list, but it’s who I am and I’m rolling with it.

I’m all for throwing random “x” sounds into words; gives words character. I have no problem with people axing me questions, censoring words with asterix or drinking expressos. To me, those are, at worst, minor faux pas (and the “x” in “faux” isn’t silent in this case).

I’ve never had a problem correctly saying YEE-roh, but I still regularly pronounce “spanakopita” as “span-uh-koh-PEE-tuh.” It just sounds better to me. I also once jokingly referred to a gyroscope as a YEE-roh-scope. Cracked myself — and no one else — so consistently up.

I like this one because I think I’m in the wrong. I’ve always been a QUE-pahn guy, and I’m fairly sure that’s incorrect. I also think Oxford commas and punctuation outside of quotation marks looks better. If the Internet can turn “because” into a preposition, maybe all of these can become up for grabs too?

The Internet had come to a decent consensus on the pronunciation of GIF, which is remarkable, of course, since the Internet has never come to a consensus on anything. Everyone was cool with the hard G pronunciation. It sounded better, wouldn’t lead to confusion with the peanut butter brand, and was logical, since GIF stands for Graphics Interchange Format. And that’s where the debate SHOULD have ended.

But earlier this year, Steve Wilhite, the man who invented the GIF format for CompuServe, talked. And he said, with conviction: “The Oxford English Dictionary accepts both pronunciations. They are wrong. It is a soft ‘G,’ pronounced ‘jif.’ End of story.”

So who’s correct: The guy who created GIF, or every single other person on the Internet?

11 Punctuation Marks That Give Your Text Messages Secret Meanings