Starbucks’ Unicorn Frappuccino is just the latest in a long line of foods that were made to look good on social media. (Taste optional.)

This past weekend, Starbucks sold a limited-edition drink called the Unicorn Frappuccino. I’m sure you heard about it. It enveloped social media in a veritable explosion of swirly pink and blue. It had line-out-the-door sales — although, by virtually all reports*, it tasted gross.

But that mix — visually gorgeous, tasty as an afterthought — is hardly unique to the Unicorn Frappuccino. It’s just the logical, corporatized culmination of a trend that’s been building for several years now.

Here are 11 other foods that were, more or less, engineered for Instagram. Tastiness, while sometimes a wonderful side effect, not required. 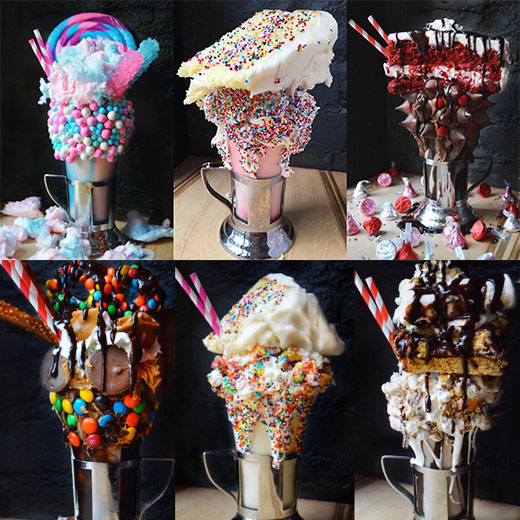 I’m sure these milkshakes, sold by Black Tap Burgers & Beer in New York City, are quite delicious. Although potentially overwhelming. It’s like when you go to a do-it-yourself frozen yogurt toppings place for the first time, revert to being an eight-year-old kid, and pile your cup with everything from Reese’s Peanut Butter Cups to Nerds. Sometimes it’s just too much. The more important aspect, of course, is that these milkshakes are aesthetically stunning — to a point where it’s almost a crime to just dive in *without* taking pictures first. 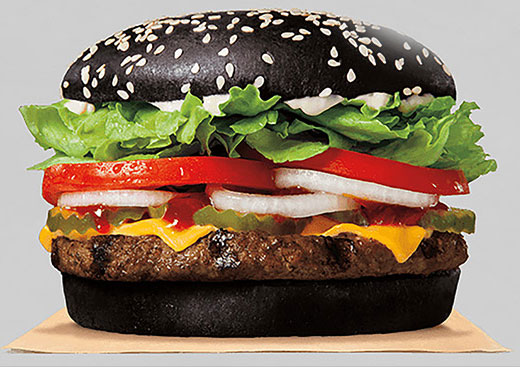 Burger King jumped on the “let’s get weird” train a few years ago in a new strategy to siphon business from the eternal dominance of McDonald’s. Black buns (and eventually red buns) were a part of it. How could you order a burger with a jet black bun and NOT take a picture, right? They did, however, encounter a standard fast food problem: In reality, fast food never looks like the professional menu photos. I can imagine plenty of people ordered the black burger, got a sadder and more wilted version of what they were expecting, took a photo, decided it wasn’t on brand for them to post it to Instagram, and then settled in to the realized sadness that they were now going to have to eat a gross-looking burger without any social media validation to show for it. 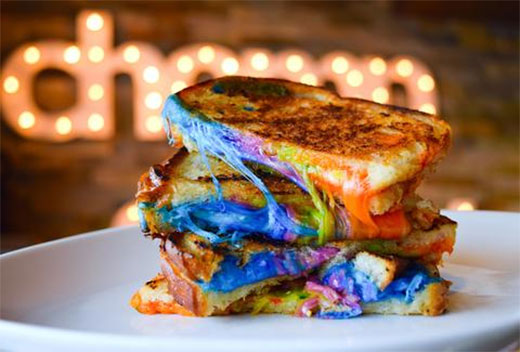 Starbucks’ Unicorn Frappuccino was hardly the first food item to incorporate rainbows and unicorns. Over the last two years, rainbow grilled cheese popped up in Hong Kong and then around the U.S. It strikes me as a turn-off — like purple ketchup, the coloring seems incongruous enough to affect the entire experience. 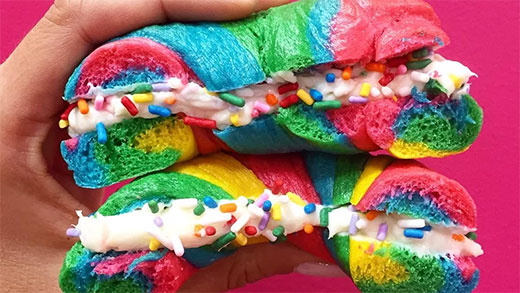 Last year also saw the advent of Rainbow Bagels in New York, part of the city’s eternal quest to recreate the magic of the cronut. (The cronut, by the way, did not make this list, as it wasn’t all that attractive. I think people were in it for the taste. Or at least the experience.) 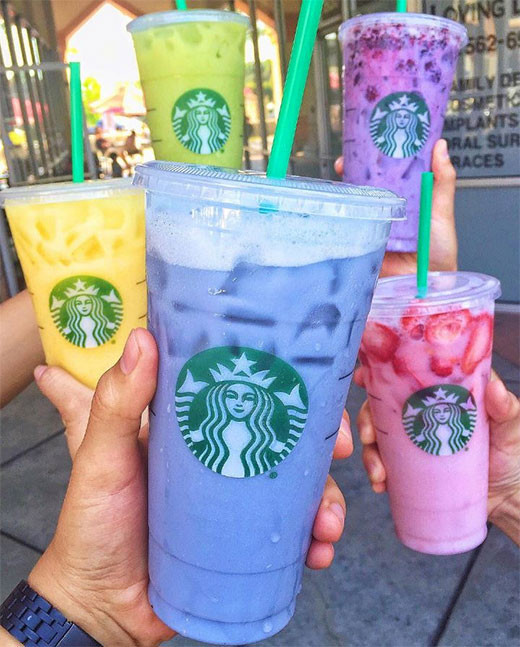 But as to how Starbucks became aware that people valued attractiveness over taste? It seemingly clicked last year when a run of Starbucks “secret menu” color drinks began to hit the Internet. These are on the “secret menu” in such a way that you’d have to tell the barista the exact ingredients — and probably apologize at least twice — and I can’t speak to how Pink Drink, Green Drink, Purple Drink (not to be confused with Purple Drank) and the rest taste. But if you’re wondering what gave someone in Starbucks’ corporate offices the idea for the Unicorn Frappuccino, start here. 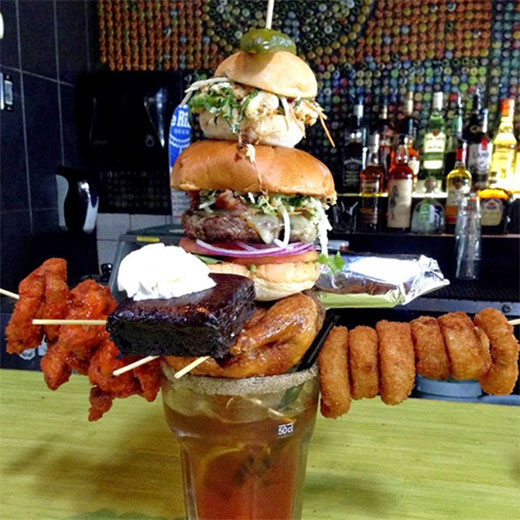 Garnishing Bloody Marys is a long and proud tradition. But there IS such a thing as overkill. Pictured above is a $60 Caesar (Canada’s Bloody Mary equivalent, made from Clamato juice, because Canada is confusing) from a bar/restaurant in Vancouver that’s garnished with, among other things, an entire chicken, a cheeseburger, six Buffalo wings and a brownie. When I was in Vancouver, we actually went to that bar for brunch and tried to order one. They told us they “don’t serve them during brunch” because they’re too labor intensive. Again, Canada is confusing. 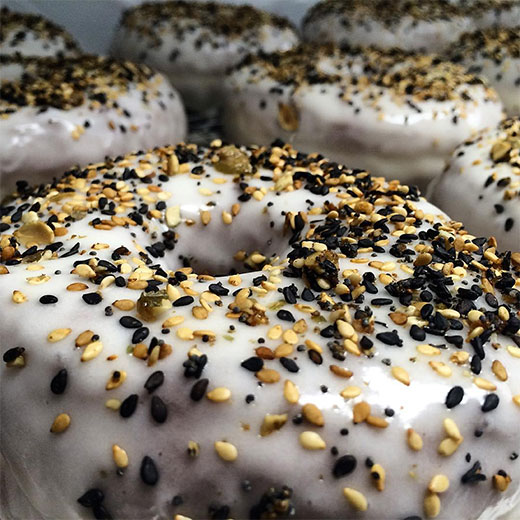 A frosted donut with everything bagel seasoning looks quite gorgeous, but I can’t imagine it tastes good. So, basically, it’s just a ruined donut. 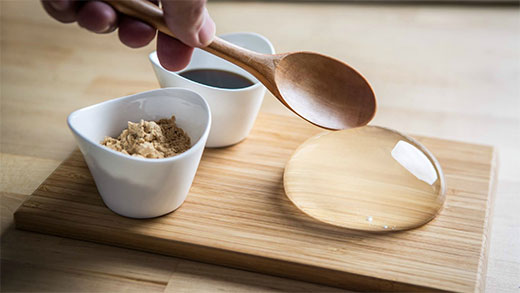 Another trend out of the New York food gimmick scene (via Japan, which came up with it years earlier), Raindrop Cake is a jiggly, translucent dessert that looks like a breast implant. The reports are that it tastes like… well, nothing. Purely form over function. 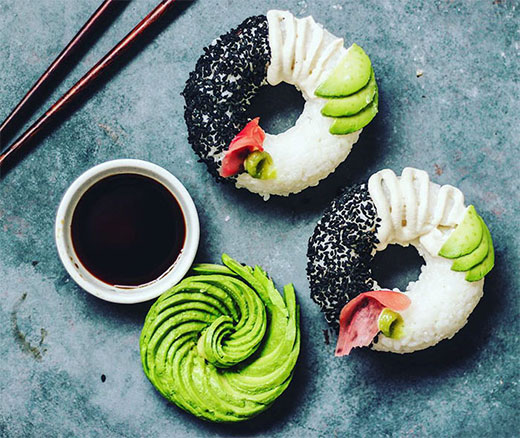 Unless I’m missing something, the sushi donuts are just rice and sushi accoutrements shaped into donuts. So are they just a clever way to charge full sushi prices without any actual fish? 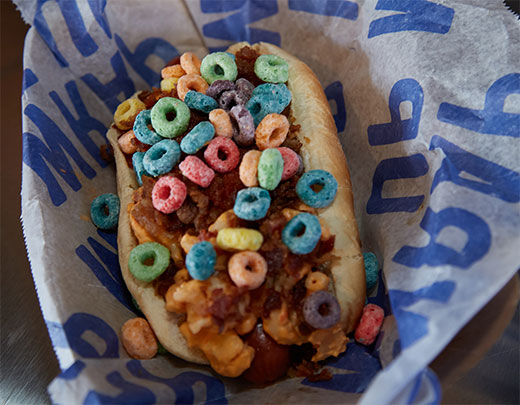 Served by the good people at Progressive Field in Cleveland, Ohio, the “Slider Dog” is a hot dog covered in macaroni and cheese, bacon, and, insanely, Froot Loops. Once upon a time, only minor league baseball parks served state fair-type nonsense foods. Now they’ve finally been promoted from triple-A. 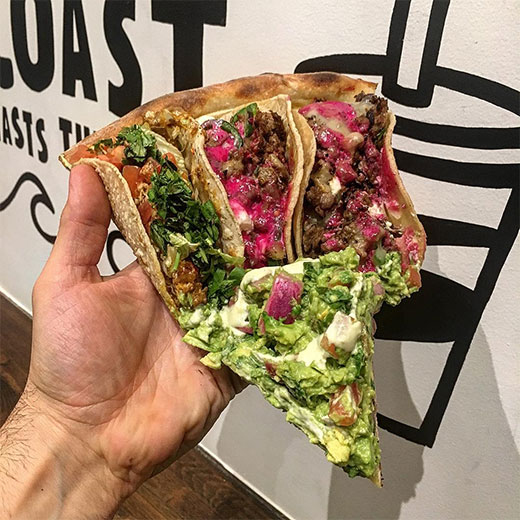 Tacos? Now that’s what I call a pizza.

* – There was one person who loved the Unicorn Frappuccino — my year-and-a-half-old son. My wife took him along when she reviewed the drink for her YouTube channel and he couldn’t get enough. Also he rarely ever gets to have sugar.