11 Kissing Games, Ranked From Most to Least Innocent 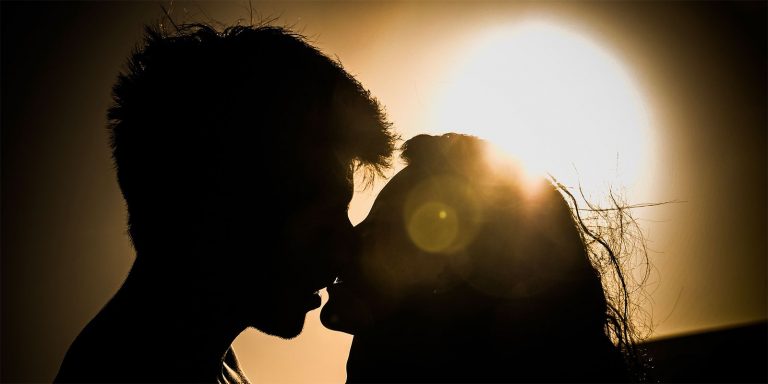 Many generations of kids have let their hormones run wild in kissing games. But how intense are those games?

And now, the random mental path that got me to this list.

I was reading about the Super Bowl. Clicked on an article about Madonna doing the halftime show. Listened to Like a Virgin. Thought about listening to Vogue. Thought about doing a list of songs that rattle off historical lists (Vogue, We Didn’t Start the Fire, End of the World). Didn’t feel like digging up eight more. Clicked over to Madonna’s IMdB page. Looked at her filmography. Saw her film Truth or Dare. Thought about the game truth or dare. Thought of this list.

These are 11 kissing games that kids play, ranked from the most innocent to the least innocent. Prepare to reminisce about that kiss you once had in someone’s basement where the other person tasted like pretzels and orange soda in 3… 2… 1…

As far as kissing games go, Post Office is comically tame. (If kids ever invented a game called Pony Express, it would NOT be as tame. Consult Ginuwine for proof.)

If you’re not familiar (and don’t remember Reese Witherspoon mentioning it in Sweet Home Alabama), Post Office is a game where someone goes out of the room, then knocks on the door pretending to be a postman. Someone else from the room comes to accept the letter, and “pays” for it by kissing the postman. It’s so hokey and simplistic, you’d think they wrote an episode of Glee about it.

I bet kids today don’t play this one as much. It’s too vanilla (it’s like the kissing game equivalent of playing with a ball, a stick and a piece of string instead of video games). Plus postmen don’t come to the door anymore to deliver letters. I would say that kids now play this game where someone’s the “You got mail!” guy… but even that reference is now out of date.

It’s like regular tag, only when you catch someone, you have to kiss them. Seems pretty innocent to me — if there’s enough light and enough space to play tag, things can’t get too intimate. It seems like it’s a better source of cardio than kisses.

Suck and Blow involves passing a piece of paper around from mouth-to-mouth using only suction. If it falls, you’ve now kissed the person who was passing it to you. I hated this game as a kid. As a competitor to the core, I hate games that you can only win by failure. Like, if I’m really good at Suck and Blow — or my competitiveness won’t allow me to botch the game on purpose — I never get to kiss anyone. Not the right lesson to teach the youth. Let’s move on.

I remember this one from when I was in middle school. One gender went and hid, the other gender then had to find them. While it would lead to occasional isolation between two people, those moments never lasted that long — the game had to continue, after all. The mere incorporation of hide-and-seek puts it on this side of the innocence scale. I would use a similar principle even if I was ranking things like Strip Peak-a-Boo, Pattycake (Groping Style), or Got Your Nose! (And By Nose I Mean Penis).

It’s the all-time classic kissing game. And, if movies have taught us anything, rejection and mishaps during Spin the Bottle have made it a game that traumatizes more kids than dodgeball. But in its purest form, it’s a fairly innocuous game. You put a bottle on the ground (or, these days, I assume one of the many bottle spinning apps), spin it and kiss whomever it points at. That’s a very innocent way to have a very public (sometimes first) kiss.

In this game, you take a bite of an apple, then pass it with your mouth to the next person who also takes a bite. The apple keeps going around until it gets to be virtually nothing and everyone’s kissing both people next to them — divided only by the remains of an apple core. This one’s a good way to get kisses AND communicable diseases. Which makes it hardcore enough to land a post-Spin the Bottle spot on the list.

I’ve never played this nor heard of anyone who played it, but I found it in my research and had to include it. Because someone out there plays this game.

Wink is a game where a guy sits on one end of the room and, on the other side, girls sit facing him. Other guys sit behind the girls, hugging them. When the lone guy winks at a girl, it’s her job to fight her way across the room to him… while the guy hugging her is supposed to do everything he can to hold her back. If this game sounds like it leads to rugburn at best and pre-teen training for domestic violence at worst — yeah, it sounds like that to me too.

Do not let your children play this game.

And now we start to get into the games that drop the pretense of innocence. All of the other games listed feature kissing in front of other people. This game sends two people away for a decent chunk of time.

The only reason it’s not higher is because in, let’s say, 19 out of 20 cases, the boy and girl get into the closet for their seven minutes in heaven and have nervous, awkward conversation for some, or all, of the time. Small talk and seventh grade awkwardness is NOT heaven. In fact, it’s damn near close to hell.

Truth or Dare can be as innocent or un-innocent as the people involved want it to be. I’ve seen games where nothing happens… and I once saw a game that Tom Cruise would’ve crashed wearing a Venetian carnival mask. That ambiguity keeps it only at number three on the list. (However, based on what I picked for the top two, I’m guessing this is the point where most everyone reading will max out.)

The idea of girls wearing jelly bracelets for more than just a fashion statement is one of those “oh my God, you won’t believe what kids are doing” media scares that resurface every few years. The “Jelly Bracelets” scare is right up there with the media/parents worrying that kids are huffing cat urine, listening to music with hidden Satanic messages or secretly giving each other the HPV vaccine.

Here’s how this works (according to the alarmist Internet, at least). Girls wear different color jelly bracelets that represent different sex acts — from yellow bracelets representing hugging, to purple representing kissing, to blue representing oral sex. If a guy snaps one of the bracelets off a girl, she “owes” him whatever that color signifies.

This game did not exist when I was a kid (and very well may not exist now; Snopes claims it’s a myth). But if it does exist… yeah, it beats everything before it on this list by quite a margin. The Post Office kissing game this is not.

I mean… I had to include at least one game that today’s teenagers have actually heard of.