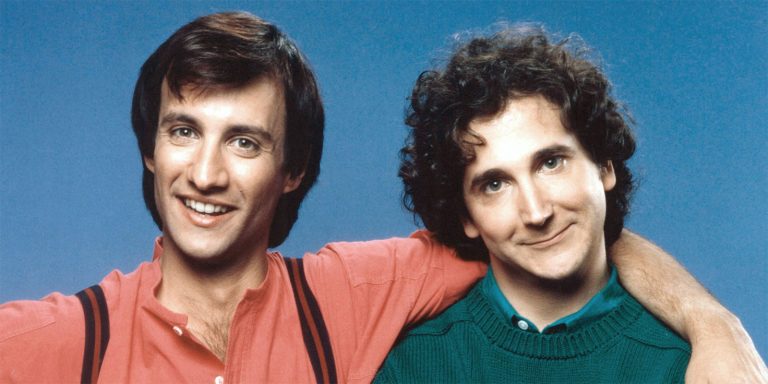 I’ve been wanting to do a TV theme song list forever. But, under my policy of “try not to remake lists that everyone else has already done” policy, I couldn’t just do a list of the best themes of different decades or of all time.

Which brought me to this. On a trip with some friends to Vegas, the theme song to the old Gummi Bears cartoon randomly shuffled on (yes, I have it on my iPod, and I’m happy about that). And even though all five people in the car grew up in different cities, even though all five people were different ages (ranging from 24 to 30), and even though none of the five could tell you the plot of a single episode of Gummi Bears… everyone knew every word.

I realized that the theme song for Gummi Bears had absolutely transcended… and surpassed… the show itself in popularity.

So I decided to twist that a little and put together a list of 11 mediocre shows with incredible theme songs. Of course, I’ll try to defend why I called some of these shows mediocre (I believe entry number three on this list is going to draw the most ire). As for their theme songs… well, those speak for themselves.

The game show itself was pretty mediocre. The questions were either way too easy (something like “Have you ever roamed to this boot-shaped European country?”) or way too hard (“Put a flag on Turkmenistan.” “Oooh, I’m sorry, you put it on Uzbekistan.”) The PBS production values weren’t helping the cause.

BUT… the theme song is unbelievably spectacular. When you saw this show on the list you probably started singing it. Or, at the very least, sang “Where in the world is” (switch to deep voice) “Carmen Sandiego?”

And, fully recognizing the punniness of what I’m about to say, the theme song really put Rockapella on the map. (Seriously. They have to be the most successful a capella group of all time. I can’t even name another one.)

Knight Rider was a comically bad kitch show. Really. Go watch it on Hulu now and see just how poorly it holds up almost 30 years later.

And yet… you hear the theme song and it just gets you so excited. The aggressive beat, the melody that sounds like it was written by Jimmy Page, the whole thing — without a single word being sung it still makes you want to go hop in a car that talks to you in a soothing quasi-British accent and fight some land-based criminals.

Only land-based criminals, of course.

DuckTales couldn’t make this list because the show was just as amazing as the theme song. But its spin-off, Darkwing Duck, easily lands a spot here.

I always found Darkwing Duck to be completely unwatchable. The whole superhero spoof never quite landed for me. Moving Launchpad from a quick-hitting, funny supporting role on DuckTales to a main character didn’t work. (Or, more accurately, it worked as well as the Joey show on NBC.)

But that theme song. Mmm, that theme song. The alluringly-whispered line “When there’s trouble you / call D.W.” ties the whole song together… AND should’ve received a Grammy for the amazingness of that rhyme. (Rhyming “trouble you” with “w”… that’s as good as rhyming “Homer” with “homer”!)

The first season of Hangin’ With Mr. Cooper was pretty great. Cooper lived with two women in a Three’s Company-esque situation… he played basketball against Charles Barkley (excellent arc featuring Cooper getting a 10-day contract from the Golden State Warriors)… and the show knew how to capitalize on Mark Curry’s physical comedy strengths.

And then the retooling and TGIF-ifying happened. Hangin’ was turned into a family show, Raven-Symone was brought on, and it was never the same. Ever. It was awful.

The theme song also switched when the show was retooled. The first season had a great, totally-’90s En Vogue theme song. Then the second season switched to Soul Man, but not the original… a mediocre knock-off. That wasn’t working, so, for the rest of the run, they used an excellent James Brown-inspired theme song.

This entry is dedicated to the first and third theme songs. The second one should be elbowed off the list like an Angolan basketball player.

The Fall Guy is not Lee Majors’s best work. It’s just one of the many, many generic shows that piggybacked off the Magnum P.I. phenomenon.

But its theme song, called The Unknown Stuntman, should be (and generally is) a staple on any compilation of the best TV theme songs of all time. It’s that good. While I was writing this list I must’ve listened to it 30 times. And to give Majors some dap — he actually sings it.

If you don’t remember this (and you probably don’t), it was a sitcom about an elementary school principal and his crazy dad raising three boys. You’ve heard of a surprisingly high percentage of the cast — Randy Quaid as the dad, a pre-famous Patricia Clarkson, Luke Edwards (the maybe-autistic video game savant in The Wizard), and Jonathan Winters typecast as the crazy grandpa.

Unfortunately, the writing wasn’t very good, the concept never really clicked, and it just fell into the enormous landfill of “early ’90s family sitcoms that weren’t meant to be.”

It had chances — ABC debuted it after the 1991 Super Bowl (the Norwood game) and Jonathan Winters won the Emmy for Best Supporting Actor in a Comedy after the first season. But no one bought in and it only survived 29 episodes across two networks.

All that being said — the theme song is extremely catchy! Some great, upbeat harmonica music, synthesized drums that sound better than most of the era… it really made you want to watch and see what adventures this family would have.

Or, at least, watch to see if Randy Quaid will be better than he is in the Vacation movies. (He was. That bar is low.)

I was deciding between this show and S.W.A.T. (its spin-off) for this spot on the list. Both were basically generic action TV shows that had badass ’70s funkified theme songs.

I went with The Rookies because (1) it was never remade as a mediocre movie starring Samuel L. Jackson and Colin Farrell, (2) the S.W.A.T. theme is less cool and more overdramatic and (3) something about “The Rookies theme song made me want to smoke a pack of Kools.

M.A.S.K. was one of those short-lived ’80s cartoons that existed only to sell action figures to stupid, gullible kids. (Myself included… I had a TON of M.A.S.K. stuff.)

Basically, the show is a mix between two other, more popular shows of the era: G.I. Joe and Transformers. The characters had regular vehicles that would transform into battle vehicles, and masks that would give them special powers. Yeah. It also had the blatant commercialization of He-Man… the old toy company Kenner created the characters and had their hands all over the show.

But the theme song makes up for all that — a sweet, high-action ’80s rock song that sets the tone for the show… and even manages to squeeze in a nice bridge. Of all the ’80s cartoon flops I had to choose from, I felt this had the best ratio of bad show to fantastic theme song.

OK. So I know that this may be controversial, because I’m pretty sure the Venn diagram of “11 Points readers” and “People who watched Perfect Strangers” is almost entirely overlap.

But now, with more than 15 years of hindsight, I think we can all agree: This show wasn’t good. The people behind it should get a medal for squeezing eight freaking seasons out of the Balki wacky-foreign-fish-out-of-water premise.

I included this show because I’m willing to admit I wasted all those years watching something that wasn’t, by any stretch of the imagination, good television… BUT had a theme song that still inspires me to step out of my front door, smile and think that nothing’s gonna stop me now.

If it wasn’t for the theme song, no one would remember The Heights.

But the early ’90s were a strange, strange time. (As this list clearly shows — it could basically be subtitled “An homage to canceled shows of the early ’90s.”)

FOX put The Heights on as a compliment to Beverly Hills 90210… it was also about a bunch of good lookin’, (mostly) white kids, although, in this case, they had a band.

In the first episode, the band debuted the song How Do You Talk to an Angel… which then went on to be the show’s theme song. But it did something else, too: It became an actual hit. Like, a real hit. After only 13 episodes, FOX canceled The Heights… and less than one week later, the song hit number ONE on the Billboard chart.

Just writing that sentence I know that somewhere, The Zack Attack, Jesse and the Rippers, Jem and the Holograms, Drive Shaft and, most importantly, Cold Slither are all seething with insane jealousy.

The quintessential example of so-so show, world-beating theme song. According to the creator, Stephen J. Cannell, there were tonal clashes between his team and ABC from day one… which, inevitably, rendered the show a bipolar mess. (Part comedy, part action, part family friendly, part comic book superhero, part drama, part character-driven… in other words, all over the place.)

But its theme song is the stuff of legends. Everyone in the world knows it (even those people who learned it from George’s famous answering machine parody of the song on Seinfeld).

The theme, Believe It Or Not, was a major hit: It debuted on the Billboard charts in June of 1981, peaked at number two for two weeks, and spent 18 weeks in the top 40. (The show only aired for 44 weeks on TV.)

It is, quite possibly, the best theme song ever on roughly the 3,143rd best TV show ever. And that alone makes it the no-brainer choice for number one.

11 Awful Shows FOX Has Aired Right After The Simpsons