The Sandlot, Point Break, Home Alone, Boyz N the Hood, A League of Their Own, and many more.

Researching these lists are an exercise in 20-20 hindsight, since, in most of the cases, at least one of the movies had low or no exceptions. And, in even more cases, lost out at the box office because of some forgettable Richard Gere movie. But cult classics and nostalgia classics rule this list, thanks to the benefit of around 25 years of breathing room.

Here are 11 pairs (or, in one case, set) of movies from the early ’90s that came into our lives on the same day. 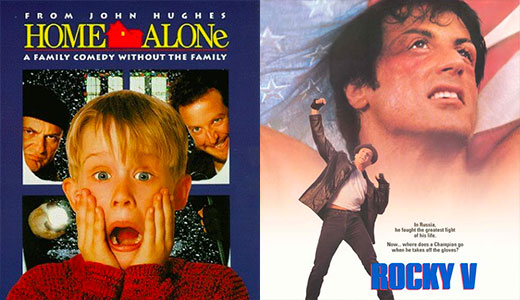 Rocky V was, by and large, a bomb, and sufficiently killed off the Rocky franchise. (At least until 2006, during the nascent stages of Hollywood’s current “remake/reboot/reuse/recycle everything with even an iota of brand equity” phase.) Meanwhile, Home Alone was about as big of a mega hit as you could have. It’s hard to believe that today, Sylvester Stallone is 105 years old and still a shirtless action star and Macaulay Culkin is nowhere to be found. 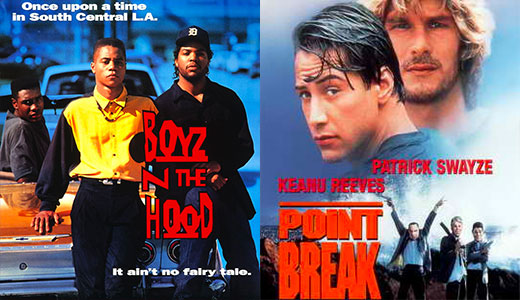 These movies definitely targeted two very different demographics (urban audiences vs. radical goons), but, over time, both have become iconic in their own way. Boyz N the Hood is still as raw, stunning, and, sadly, relevant as it was the day it came out. And Point Break is still the template for the perfect campiness-meets-EXTREME SPORTZ movie. (Which is why The Fast and the Furious ripped it off almost beat-by-beat a decade later and rode it into becoming a trillion-dollar franchise.) 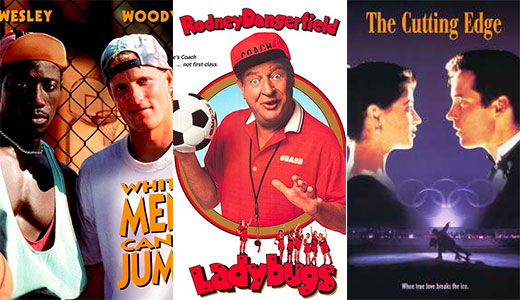 Hollywood, sadly, has stopped making sports movies since they don’t draw well overseas. So it’s amazing that on just one day in 1992, three came out simultaneously. I’m pretty sure March 27, 1992 had more studio sports movies than the last 10 years. 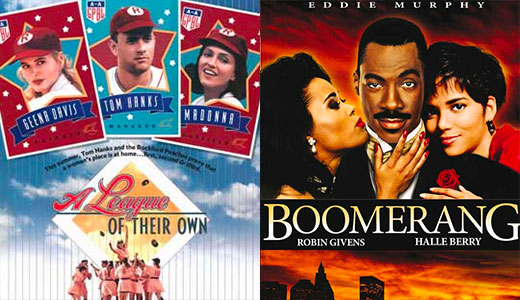 I’m not sure if Boomerang really counts as a “classic” movie, as per the title of this post, but it’s what brought us Boyz II Men’s End of the Road — and that alone should qualify it for at least some tertiary AFI list. 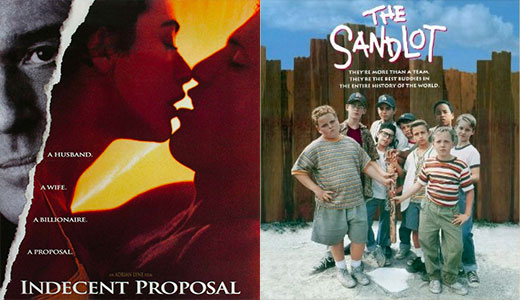 Gotta give the studios credit here: This is counterprogramming. The Sandlot has a stronger nostalgia pull a few decades later, but I can still remember Indecent Proposal‘s ubiquity. The “I’ll give you $1 million to sleep with your wife” line — which would, conceptually, be DESTROYED by Woke Twitter today — was in commercials advertising the film for months. 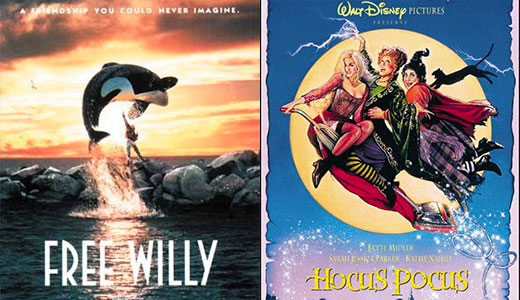 This is the opposite of counterprogramming. These two movies targeted almost the exact same demographic — and one that wasn’t all that interested because Jurassic Park was still in theaters. Both of these movies did much better in the long tail. 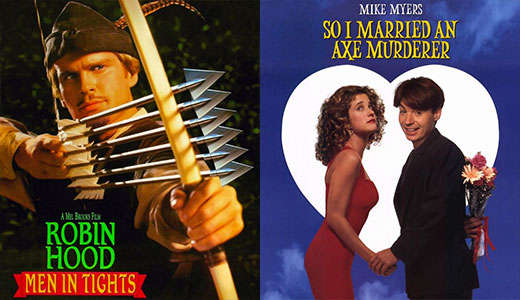 Two incredible (and underrated) comedies that have, perhaps, aged better than expected. Robin Hood: Men in Tights was Mel Brooks’s penultimate film (Dracula: Dead and Loving It came out two years later and was his last) and hits every classic Brooks beat. So I Married an Axe Murderer was the Mike Myers movie sandwiched between the two Wayne’s World movies, meaning it got lost in the shuffle at the time, but eventually found a cult following in home viewing.

It’s also one of his only starring roles ever where he just plays a regular dude, not an over-the-top character (or four). [Edited to add: I forgot Mike Myers did play a second character, his Scottish dad. Oops.] 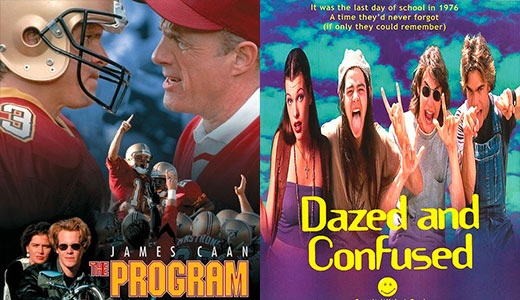 As much as I love both of these movies, neither ever owned the box office — they both lost out to The Good Son, which I never saw, but I believe was Macaulay Culkin trying to shake his kid-friendly typecasting by starring as a child sociopath. I prefer my movie sociopaths lying in the road between traffic to prove they’re good at football or paddling Wiley Wiggins because he won’t stop grabbing the bridge of his nose every time he talked. 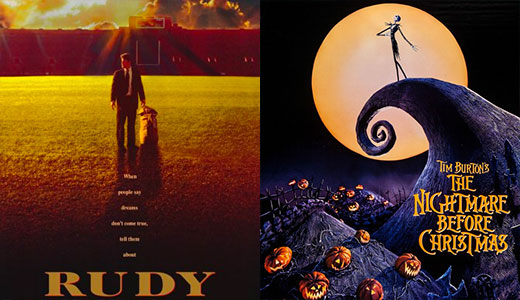 Rudy was written by the same screenwriter as Hoosiers. That guy can tell a story about an underdog in Indiana like no one else, man. When are we getting his movie about the time Reggie Miller scored eight points in four seconds or something against the Knicks? 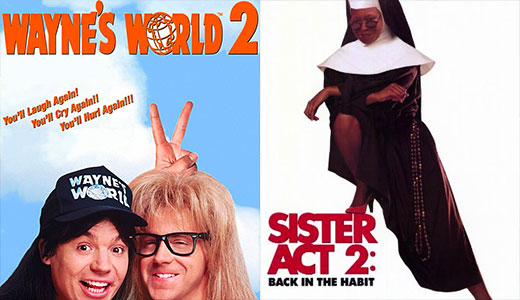 A battle of sequels that both strayed maybe a little too far from what made the original movies great. Although I have a friend who’s such a hardcore Wayne’s World 2 advocate that that his head would probably explode over me saying that. Unsurprisingly, I don’t have any friends who are huge Sister Act 2 advocates. 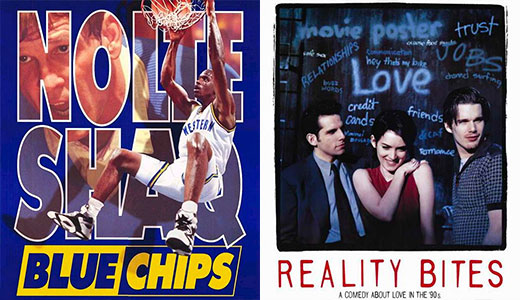 I picked this as the representative for 1994 over Interview With the Vampire and The Santa Clause (both on November 11, 1994) because I refuse to go mainstream. You put Penny Hardaway in a movie, you’ve got my eyeballs.