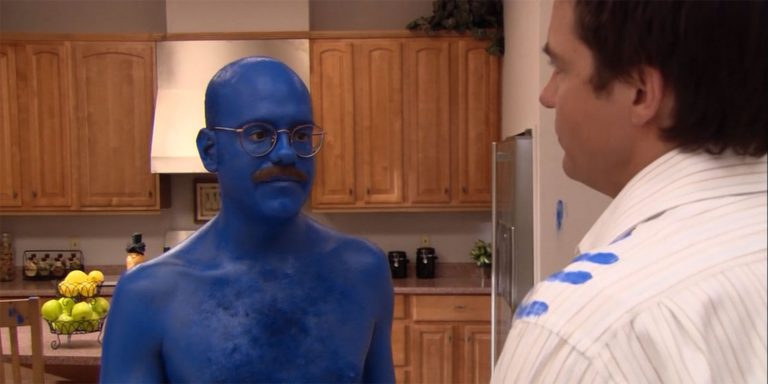 This list contains photos of Arrested Development references from around the world. About half are intentional, half are not, and there’s one that could go either way. Anyway, the references generally lean toward the more hardcore fans, so much like when I found 11 Hidden Simpsons References At Costco, this definitely isn’t everyone’s flavor.

But if it’s been a good 15 or even 20 minutes since you heard someone whining about the premature death of Arrested Development, you’ll certainly be on board. 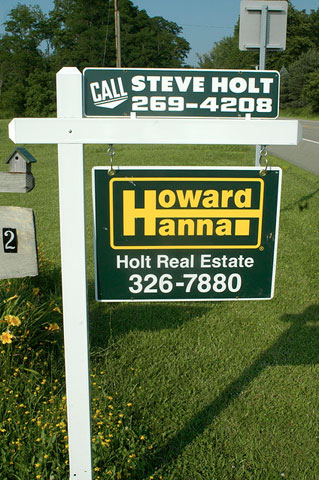 Can you imagine hiring someone named Steve Holt to sell your house? Every time he called and said, “It’s Steve Holt,” wouldn’t you respond by throwing your arms up in the air and yelling, “Steve Holt”? I just did that now as I was typing in the room by mself. Steve Holt!

(By the way, I looked up Holt Real Estate with that area code-less phone number and it turns out Steve Holt is a real estate agent out of the Buffalo, New York area. Uncle Mike! Steve Holt!)

2 | Has anyone in this family even seen a chicken? 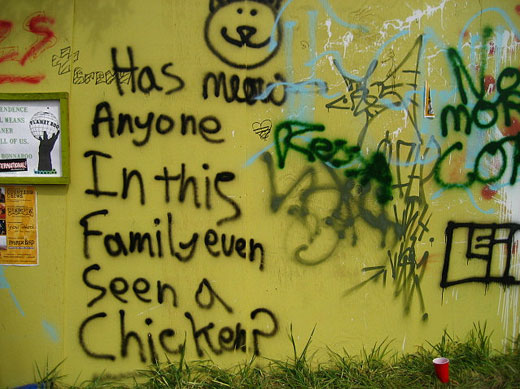 We really need more random Arrested Development graffiti in this world. Like, I wouldn’t even mind if someone tagged my house if it said “Unlimited juice?” or “We’re having a fire! Sale!” or “Mock Trial With J. Reinholt.” 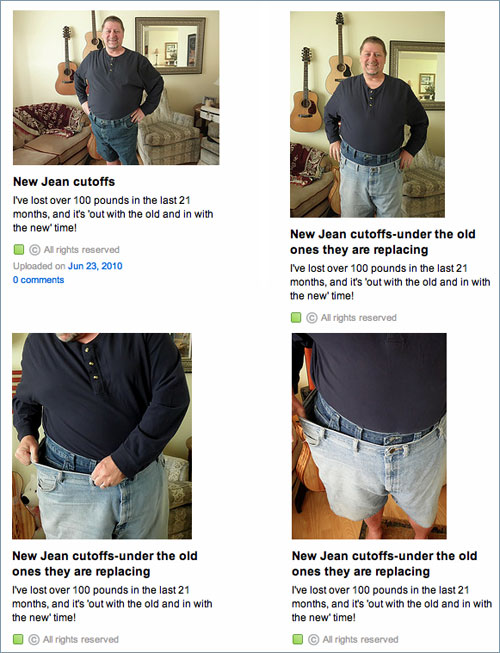 I found this image gallery of a guy who lost 100 pounds and couldn’t fit into his old jorts anymore. So he took some photos of his new jorts over his old jorts. Or at least that what’s he claimed he was doing. It’s entirely possible that he, like Tobias Funke and whatever character Zack Braff played, is a Nevernude. After all, there are dozens of them. Dozens. 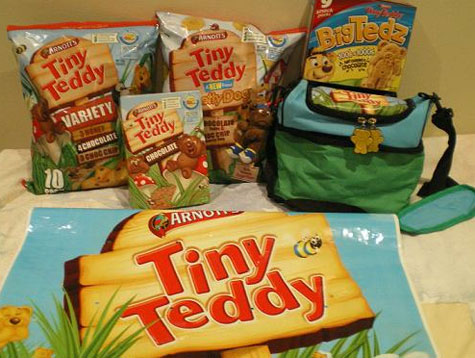 This is closer to the tiny teddy Rita was describing than the “tiny teddy” Michael was picturing. These are made in Australia, Rita is from England and Charlize Theron is from South Africa. It all just got muddled into one big accent anyway. 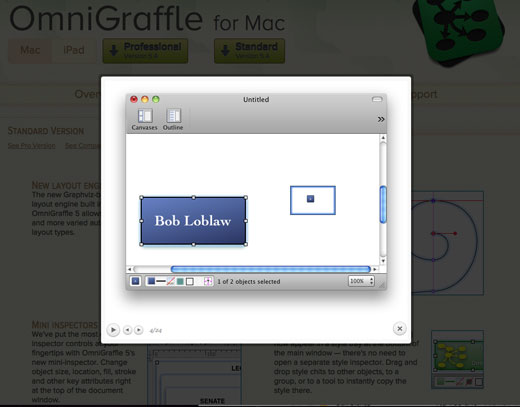 This Bob Loblaw reference is part of the photo tour for a piece of Mac software called OmniGraffle. One of the designers must’ve slipped it in. I’m not sure what OmniGraffle does, but I’m far more likely to buy it now. (I even took this screenshot myself, but didn’t bother to slow down to examine the software. I’m sure it’s very practical.)

Turns out there’s a company called MRF that makes cricket equipment. Which, of course, raises the question: Is MRF equipment ever featured in Bumpaddle magazine? 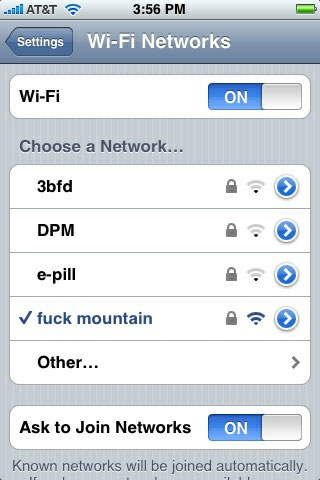 You want to use the wifi instead of going to the whirlpool? Too bad. Check your lease, man. Because you’re living in F*** City. (Which, of course, would later become F*** Mountain.)

8 | Nike’s leaving blue handprints all over 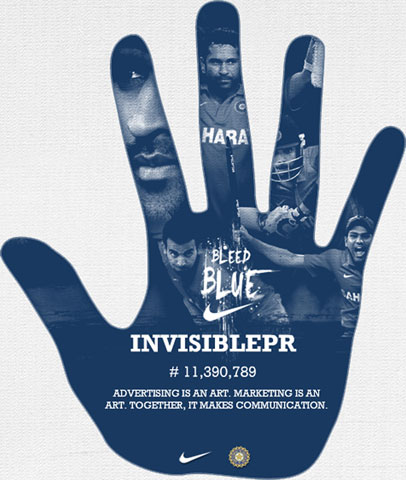 Clearly no one at Nike watched Arrested Development before they started their blue handprint campaign. Or they would’ve realized someone in marketing just blue his big campaign idea. 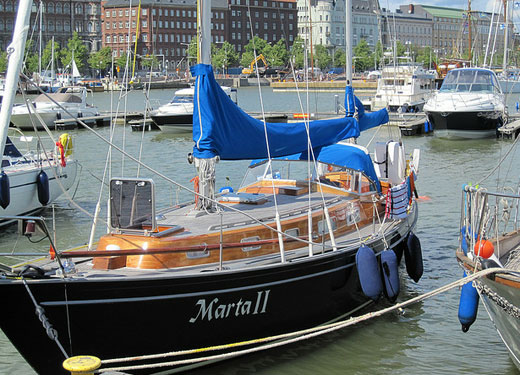 I’m all over the place on whether this is an intentional Arrested Development reference or not. Here are my arguments in both directions.

Intentional: Marta 2 is a great insider Arrested reference for when they switched the actress playing Marta in the middle of her arc… the Bluth boat is a big part of the show, so if you get a boat, you might want to name it after AD… I’d like to believe there’s at least one boat owner willing to pay the show homage.

Unintentional: Wouldn’t you name the boat Lucille to make it truer to the show?… since putting “2” after your boat’s name is popular, it’s conceivable this boat is just named for someone named Marta… I don’t see a guy with one arm or any Hot Cops getting on that boat.

10 | Where am I going to get a maritime lawyer? 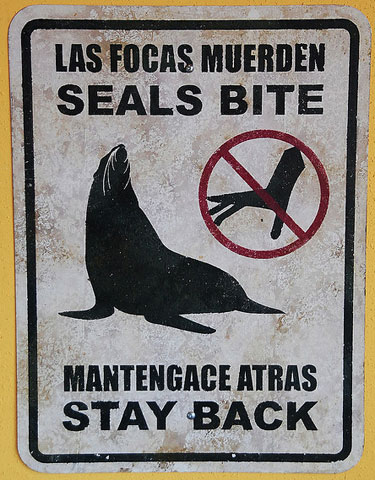 I know this sign isn’t an intentional Arrested reference… but if you saw a sign warning you about dangerous seals that clearly suggests they’ll bite off your hand, wouldn’t Buster be your first thought? 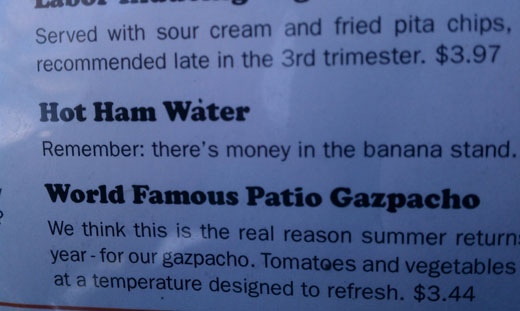 Hot Ham Water is what Lindsay makes when she puts canned ham in boiling water; she doesn’t call it soup. This is the real menu from a restaurant called Harris Grill in Pittsburgh, Pennsylvania. And I am furious with myself that when I saw this photo, my eyes initially passed over the brilliant Arrested Development reference for the Samuel L. Jackson Siri iPhone commercial reference. That’s more shameful than hotzpacho.