Someone should get fired over this.

As I was putting together this list, I used two criteria to separate a mundane or farcical mix-up from a disastrous one. For a mix-up to qualify as “disastrous,” one, it had to be inconceivably bad, and two, someone (probably) should’ve gotten fired for it.

All 11 of the photos below qualified. 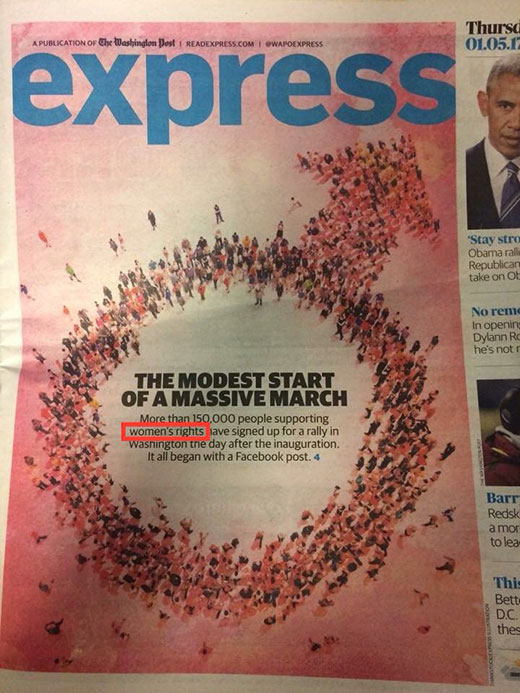 In early January, the Washington Post wanted to cover the growing momentum of the women’s marches scheduled for the day after the inauguration. So they had their graphic artist whip up an illustration of a bunch of women gathering to form the international symbol for women. There was just one problem… that there’s the international symbol for men.

On the bright side, I’m sure the cover helped further crystalize exactly why there needed to be a women’s march. 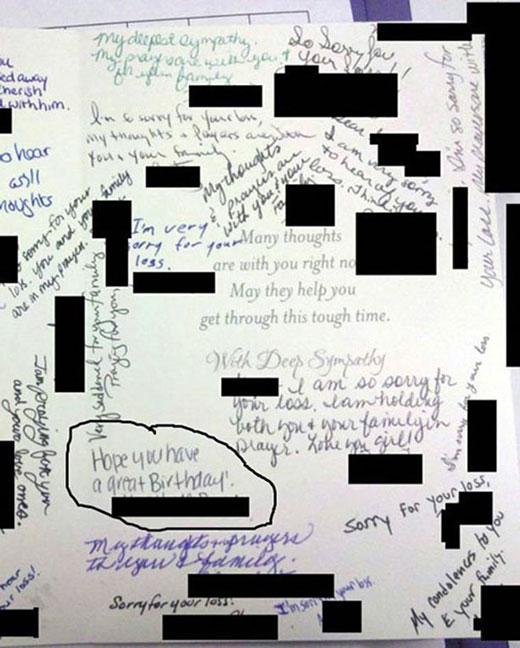 This is why I just sign my name on any communal card. You never want to accidentally go THIS far off message. 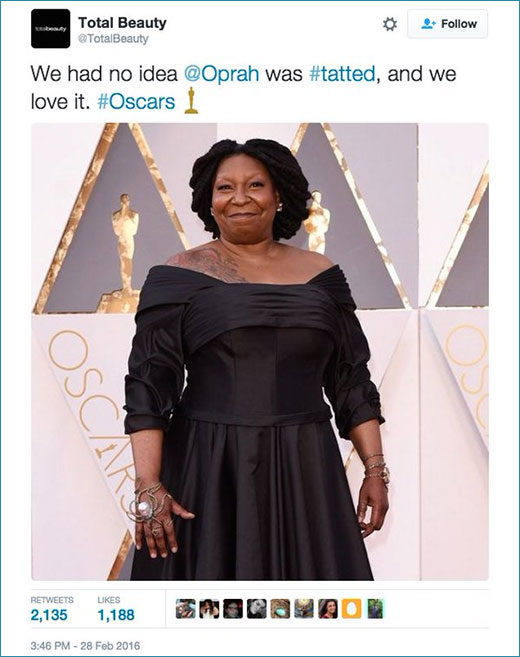 Something called TotalBeauty was tweeting the Oscars red carpet one year ago and loved Oprah’s tattoos. Which, of course, were actually Whoopi Goldberg’s. (And not even particularly great tattoos.) Last year was really rock bottom for the Oscars and black people.

But if you’re one of those people who thinks cilantro tastes like soap, perhaps the original recipe was a better option? 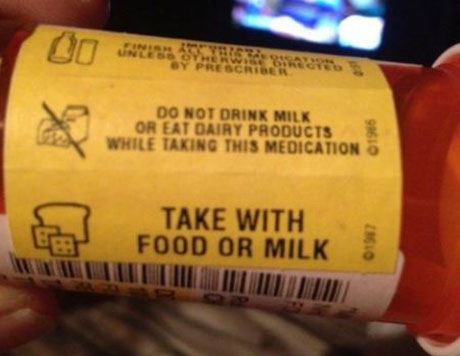 This prescription bottle really puts you in quite a life-or-death bind of trying to figure out which sticker is more credible. I think, ultimately, I’d take the pill without milk — but I wouldn’t feel great about it. 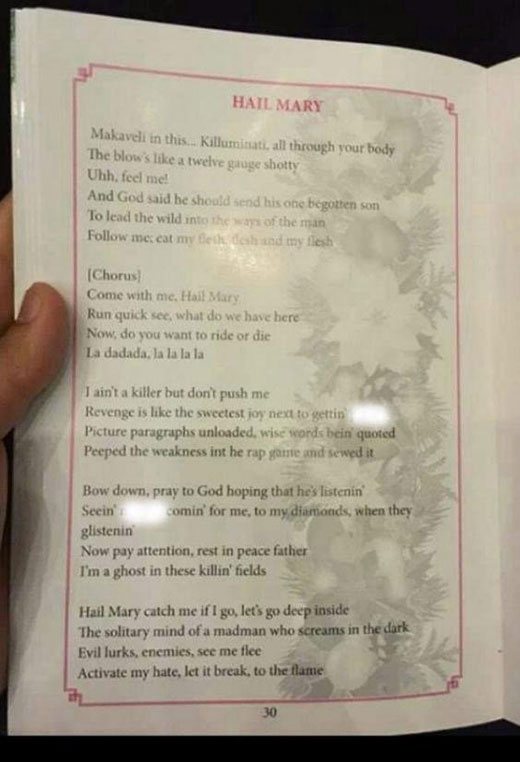 This photo’s qualifications for this list aren’t immediately obvious, but its back story makes it fully worthy of inclusion. A church in Sri Lanka was putting together a hymnal for its Christmas services back in December and wanted an English translation of the Hail Mary. But they accidentally grabbed the lyrics to Tupac’s Hail Mary which are, um, decidedly different. Apparently no one spotted the mistake until it was too late.

7 | National pride for your cigarette lighter

Time to upgrade from the clip art program that came with the 1942 version of The Print Shop. 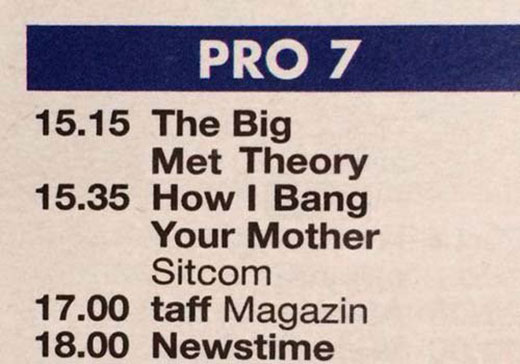 I’m not sure how many people still use physically printed TV listings, but certainly How I Bang Your Mother is worthy of some pearl clutching. 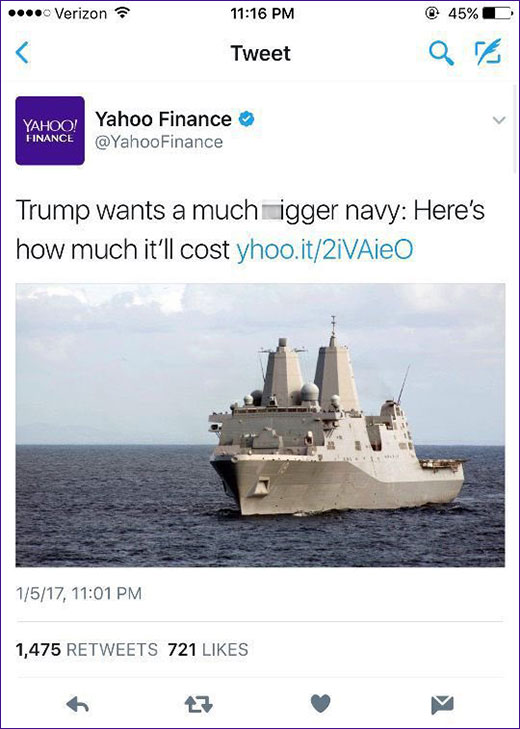 Yeah, they could tweet it, but I wouldn’t run it on this website uncensored. Fortunately for Yahoo, if they claimed their account was hacked when this was posted, we’d all have to believe them.

10 | Is this your handwriting? 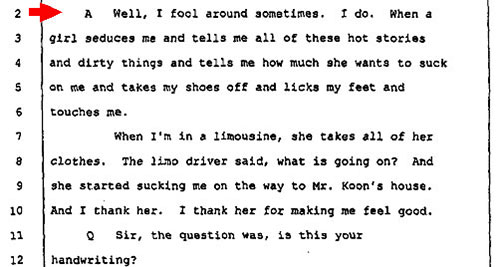 This comes from former L.A. Clippers owner and once-and-future racist slumlord Donald Sterling. It might be the most perfect and beautiful exchange in legal history. 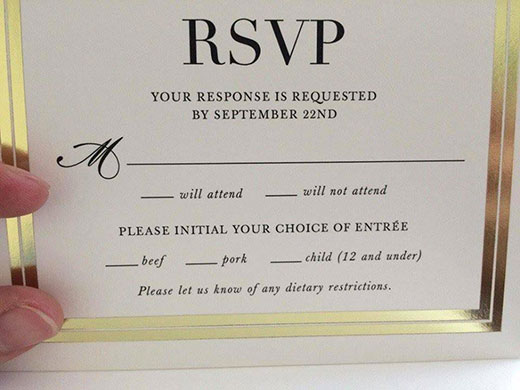 Weird choice for the vegetarian option.