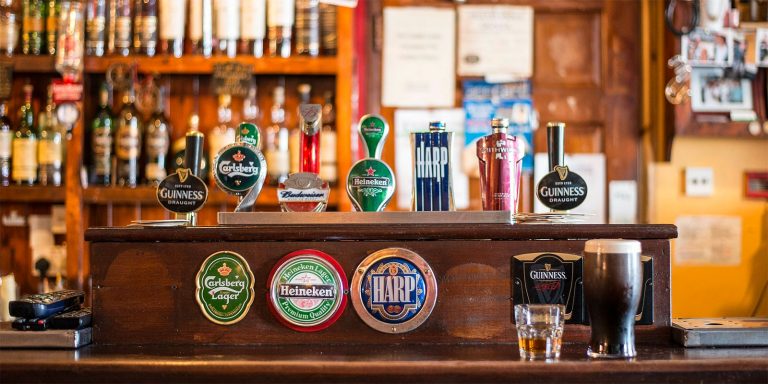 The most popular beer, vodka, rum, tequila, scotch and more from around the world.

No? Ok. Perhaps not at night. But in the morning, most definitely.

An alcohol industry trade magazine called Drinks International surveyed 100 of the top bars around the world and had them name the best selling brands in different alcohol segments. They’ve been slowly releasing the results this year and just hit 11, so right up on this website it goes.

Here are the most popular alcohol brands in the world — at least the alcohol genres they serve in bars. You’ll have to speculate on the most popular 40s, boxed wines and bathtub moonshines.

Budweiser finished eighth and Blue Moon finished ninth… but those weren’t the highest ranking American beers. That goes to… Brooklyn Lager, which somehow managed to finish as the seventh most popular beer in the world. I say “somehow” because I really have no idea. That’s not a knock on its quality, it’s a knock on the article; DrinksInt.com accidentally published the wrong copy alongside the top beers list and just copied and pasted their article about cognacs.

I think my ratio of drinking Tanqueray to referencing it while mediocre-ly rapping along to Gin and Juice is about 1:7,500.

I was surprised Captain Morgan didn’t crack the top 10. Apparently the people running the survey didn’t ask my friends and me circa 1998-2001. The rum list reads much more niche than a lot of the others; I only recognized a couple of the brands, the rest are far too authentic for a non rum connoisseur living outside of the world’s equator-centric rum district.

It just beat out Grey Goose, which finished number two. No love lost there. I hope their bitter battle never breaks into all out war, with both sides throwing Molotov cocktails made in semi-opaque bottles.

Cuervo was third, Patron was fifth, and although the list only goes to 10, I’m fairly confident Hornitos came in last at 8,795th place. “Regurgitated tequila fished out of the unflushed toilets at Senor Frogs” came in 8,794th.

Good to see triple sec getting some love, it’s wildly underappreciated. It’s like the long snapper of liquors. Surprised to see Jagermeister finished in eighth place, I thought it would be too polarizing.

It beat out Jack Daniel’s. I once toured the Jack Daniel’s distillery. They don’t serve any booze on that tour — in fact, they can’t, since the distillery is in a dry county. Of course they’re number two.

Just beat out The Boy Is Mine.

(Fine, it was actually Hennessy. I include that because I’m willing to undermine a joke for the sake of completeness.)

If it weren’t for rap I might not recognize a single entry on the top 10 list. However, thanks to hip-hop and it’s tenuous blend product placement and braggadocio, I recognize almost all of them. Also — where is Andre on this list? Andre was robbed.

Here’s my guide to which color label of Johnnie Walker to order:

Red – You’re not really into scotch and have to pay. It’s like ordering a chicken breast at a steakhouse.

Black – You’re into scotch and have to pay — so you have to hold back a little. It’s like buying last year’s iPad model.

Double black – You like new things that sound slightly more impressive than old things. It’s like being allergic to gluten.

Green – You like being iconoclastic and showing off your deep insight. It’s like being the guy who can rattle off the top prospects on your MLB team’s single A affiliate.

Blue – Someone else is paying. It’s like ordering an extra lobster tail to go at a steakhouse.

That should either clear things up or make them way more confusing.

The 11 Beers People Drink to Try to Look Cool