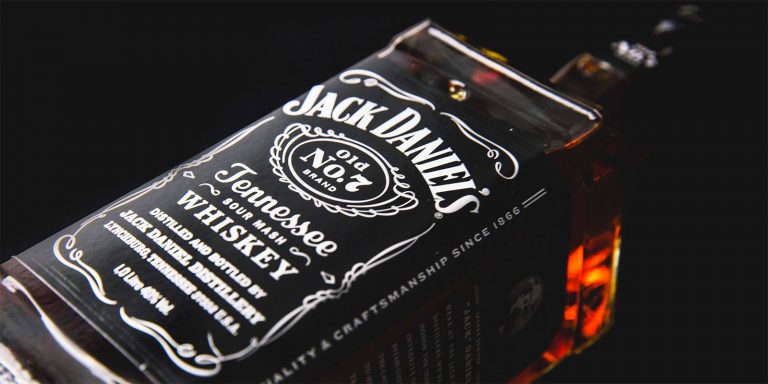 On a road trip through Tennessee, my friends and I stop at the Jack Daniel’s Distillery. Where we learn many things — including that they don’t serve alcohol.

Right now, I’m in the middle of an epic road trip (and, yes, we’re abiding my the rules established in my 11 Things That Will Kill Your Road Trip list). Last week, on the way from Nashville, Tennessee, to Atlanta, Georgia, we took a brief detour to the home of the Jack Daniel’s distillery in Lynchburg, Tennessee — the place where every single drop of Jack Daniel’s in the world is produced. 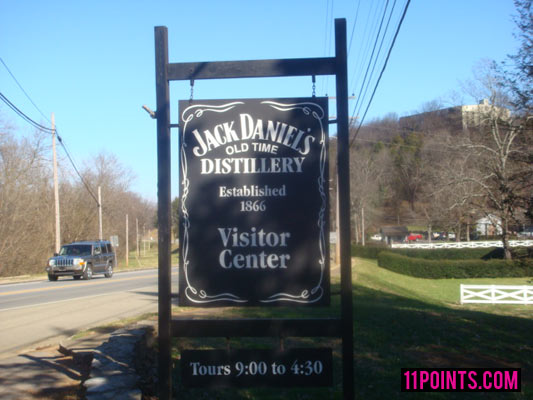 We didn’t know what to expect from the tour — other than more whiskey than we could handle. We decided to draw straws to see who would remain the designated driver. One of my friends on the trip, Adam, called this the most important competition of our lives. Another friend (also named Adam — I know a lot of Adams) wanted to bring his own 2-liter bottle of Coke with him on the tour, just to be ready.

Well… suffice to say, the tour was not exactly what we’d expected. Here are 11 random observations from the Jack Daniel’s Distillery tour. 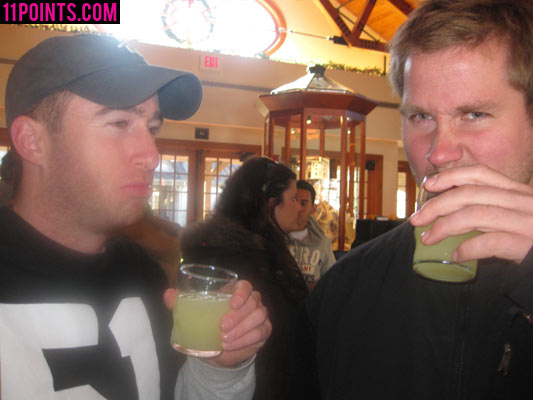 I repeat: Much like sex in the champagne room, a basement in the Alamo and hope with dope, there is no alcohol on the Jack Daniel’s tour.

Believe it or not, Lynchburg is in the middle of a completely dry county. (Moore County, Tennessee — keepin’ it moonshine since 1872.) It’s not that they don’t want to serve you free tastes of Jack on the tour… legally they can’t. In fact, the Distillery’s gift shop is the only place in Moore County that can sell alcohol.

So when you take the Jack Daniel’s tour, expect to learn a ton about the history of the company (including many colloquial yarns about Jack Daniel’s life) and the process of whiskey production — but do not expect to get hamboned. It’s not happening. (Unless, I suppose, you buy a bottle of whiskey at the end of the tour and plow it in the parking lot before the local sheriff can come around and knock out one of your taillights.) 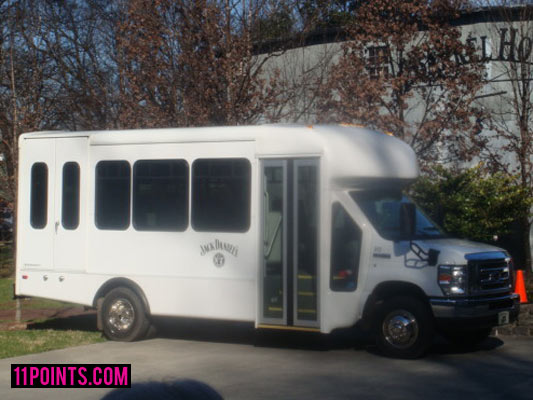 Before the tour, you wander around in the guest reception area, looking at paraphernalia and murals and whatnot. Then you get on a shuttle bus and, as you drive toward the manufacturing area, your tour guide drops the “dry county” bomb on you.

At this moment, I locked eyes with a fine Southern gentleman who was also part of our tour group. I could see a lot of pain behind those eyes. (Later the same gentleman would ask our tour guide if she “makes good money?” working for Jack Daniel’s. For some reason that question sounds less inappropriate when masked behind a thick Southern accent.)

3 | There’s also no smoking on the tour 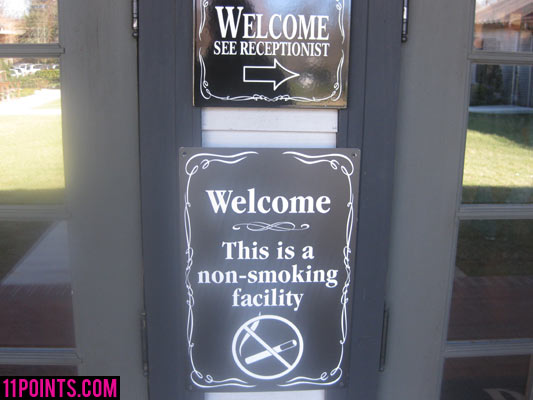 If we head over to Richmond, Virginia, and take a tour of Marlboro, do you think they’ll have a “No drinkin'” sign on the door? (Probably. I’m also assuming they have a “Please don’t make a public spectacle and lay down 2,000 body bags outside of our plant” sign as well.)

4 | There is no whiskey river, nor any whiskey-producing Oompa Loompas 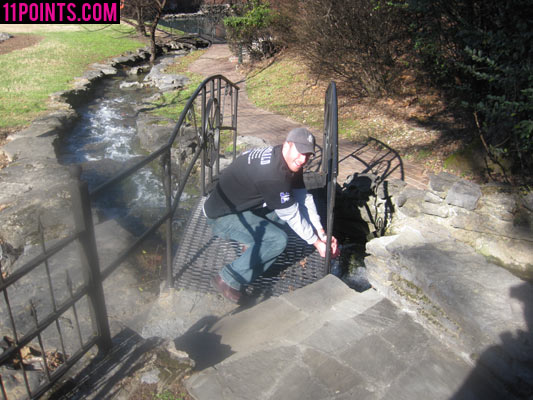 A river runs all around the Jack Daniel’s grounds, but it’s just dirty water, not whiskey. And there was not a single Oompa Loompa there to sing us lessons about binge drinking or the perils of buying Rite Aid-brand whiskey. 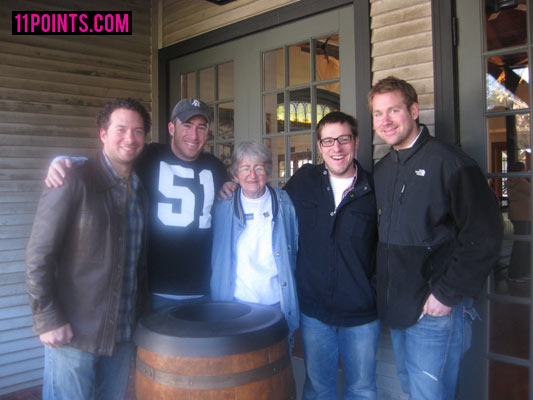 As you’d expect on a tour like this, our 70-something-year-old tour guide had a lot of cotton-spun canned jokes — like “Every employee gets a free bottle on the first Friday of every month. And I do daresay that’s the only day all 400 or so of us actually show up to work.”

However… some of these had the kind of spin that was more of the outlaw/Johnny Reb South than the down home/fine linens South. For example:

Tour guide: “Be careful walkin’ around, because our bus driver hits four people a day and ain’t hit anyone yet, so he’s due.”

Tour guide: “And if he does hit ya, you’re too heavy for lil old me to carry back down myself, so it’ll just be easier to shoot ya.”

The people: Wait… what?

And also… at one point she did refer to the Distillery having to stop production during the “War Between the States.” What a civil way of describing that lil’ ol’ skirmish. 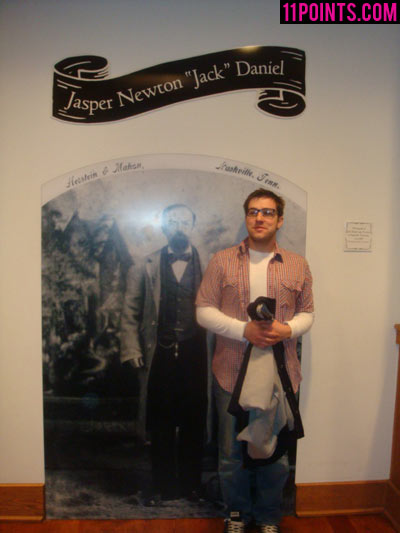 It’s very clear that the Jack Daniel’s company is devoted to building up Jack Daniel as a mythical, larger-than-life American figure, akin to a Paul Bunyan or Bill Brasky.

For instance, the tour guide suggested — with a restrained, proper spin, of course — that Jack Daniel’s called his whiskey “Old No. 7” because he was sticking it to seven women when he started producing it.

But there’s one inescapable fact that keeps Jack Daniel from truly being able to hit the larger-than-life level — height-wise, he’s at Seacrestian levels.

Jack Daniel clocks in somewhere around 5-foot-2… possibly less. As you can see in the picture, even *I* tower over Jack Daniel.

Semi-related side note: I took this photo of the statue of Jack Daniel you can pose with. I was surprised to see that he’s posed exactly like Captain Morgan. Apparently Jack Daniel has a little Captain in him. 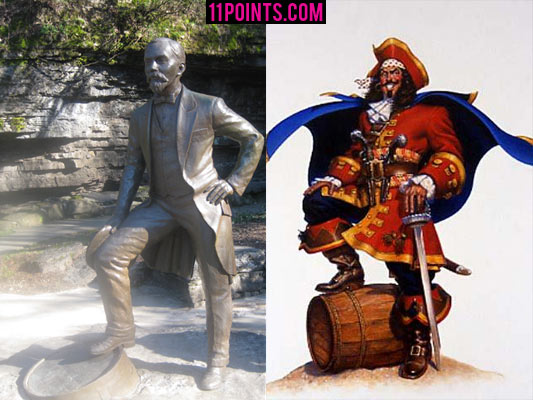 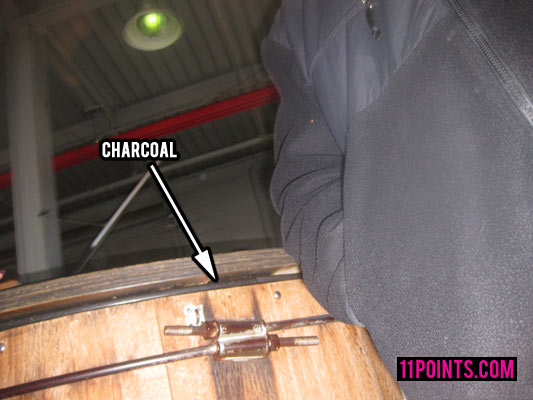 While there’s no alcohol on the tour, there are fumes.

Have you ever been at a college bar — the kind where the nicest beer on tap is Coors Light and even though the bar’s in Texas somehow everyone’s got a New Jersey driver’s license — and gotten a whiff of it at the end of the night? That inescapable smell of spilled, curdling alcohol just overwhelming your nostrils?

There’s a moment during the Jack Daniel’s tour where you get that smell… but monumentally stronger.

You go into a room where you see Jack Daniel’s dripping through charcoal (this, according to the tour guide, is what transforms it from “bein’ a bourbon to bein’ a Tennessee sippin’ whiskey”)… and you can actually lift the lid of the charcoal bin and put your nose in.

I did this, and the smell was so strong that it entered my throat. In fact, for my friends and me, I could taste whiskey for the rest of the day — and when we drank beer later that night, the beer tasted like it had a shot of whiskey mixed in.

So, you inhale enough of those whiskey-charcoal fumes, and you might be able to get yourself all messed up on the tour. (The picture is terrible and all blurry because photos weren’t allowed in there, so I shot from the hip.) 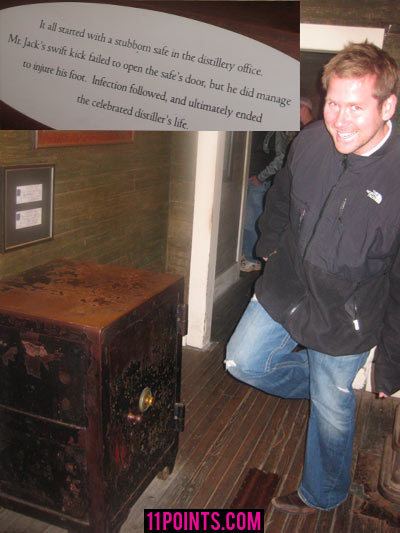 Another part of the Jack Daniel legacy that kinda makes you question how much of a mythical figure he was — he died from kicking a safe.

Say what you will about the modern health care system (and I have plenty to say), but at least in this day and age, we’ve stopped letting people die from such ridiculously simple reasons. (Now they only die because their insurance paperwork didn’t go through.) 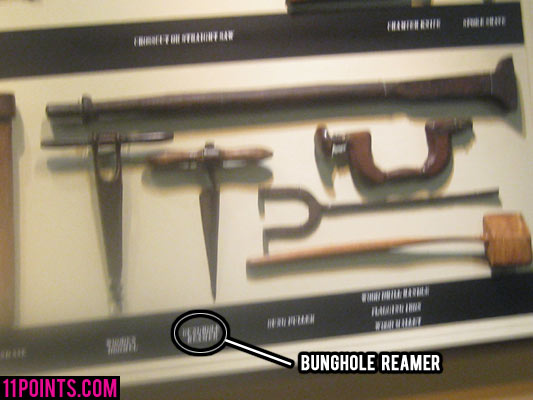 Yep. I’m still at a point where seeing something called a “bunghole reamer” makes me frantically scramble for my camera.

Even here, on a part of a tour where cameras weren’t allowed. (It also helps explain the Bunghole Liquors photo I put up on my funniest business names list.)

10 | For some reason, there’s a mural on the wall of a woman apparently serving Jack and Cokes to her family

There are many murals on the walls of the visitor’s center. They’re mostly of the equipment and whiskey ingredients and such.

And then I came upon this picture… 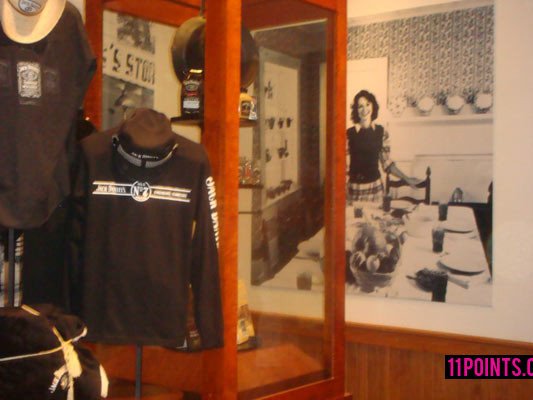 It appears to be a ’50s woman setting the table (which, if photos from the era are to be believed, is basically all women did for that entire decade). But she’s not serving her family water or milk or fruit drink with dinner. It sure does look to me like she’s serving Coke. And I could only draw one conclusion as to why that’s on the wall of the Jack Daniel’s Distillery — she’s giving her kids what they really want, Jack and Coke. 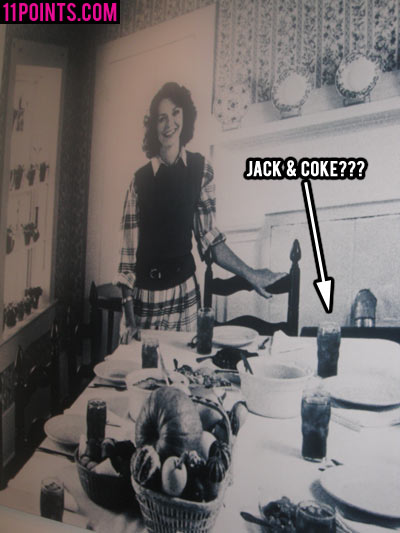 11 | The personalized Jack Daniels mugs have some unusual name choices 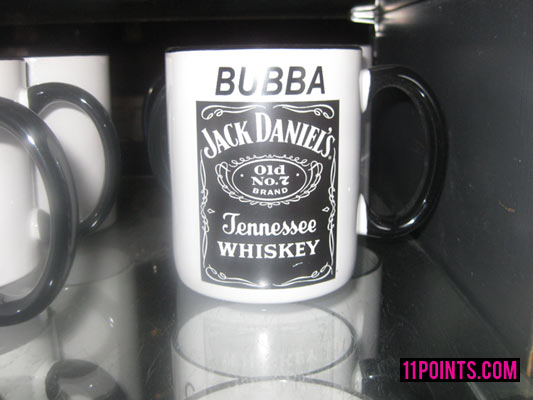 I mean… they had mugs for people named Bubba… but none for Bort?