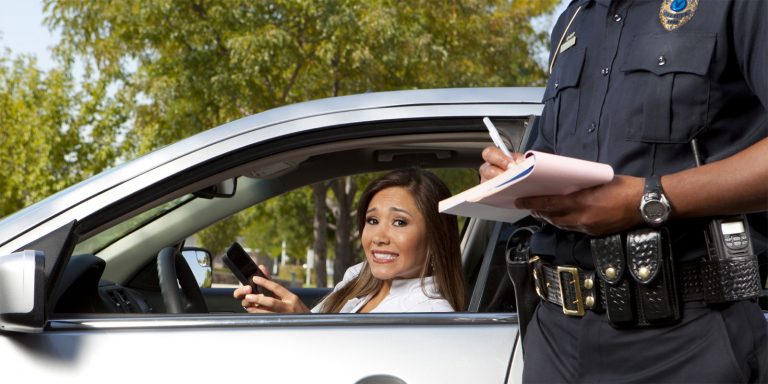 Earlier this week, a new nationwide survey came out with the top 11 excuses people use to get out of tickets. Yes, they actually did a top 11 list. It’s spreading.

I decided to break down those 11 excuses and give my thoughts on their rough odds of success. Here are the 11 most popular excuses we use to try to get out of tickets, ranked from least to most popular. Caveat emptor, of course — but with a 42 percent shot of getting away with just a warning, you might as well try something.

This is the least popular excuse, but not a horrible one. You immediately position yourself as an unlikely hero on a quest. If you sprinkle in words and phrases like “I stepped up,” “martyr,” “lifesaver,” and “the hero’s journey isn’t always a happy one” — and if the cop happened to watch one of the Lord of the Rings trilogy, Labyrinth or Jumanji recently — the self-proclaimed hero route might actually work.

This excuse must be getting more and more common. I almost had to use this one a few weeks ago. I really like Waze (if you don’t know it, it’s a GPS app that guides you around traffic). But, when I was lost in downtown Los Angeles (as I always am when I drive in downtown L.A.), it guided me onto a FastPass-only toll road with no way off. I was already rehearsing the speech to the cop in my head. I was going to throw Waze under the bus, hard. If necessary, I was literally going to throw my phone underneath a bus for emphasis. But I didn’t get pulled over. I *did* get a ticket in the mail about a week later for… $1.35. That’s a victory.

The viability here is totally contingent on the emergency. Pregnant wife in the car? Odds of success are about 11-10, with the outlier cop winding up in getting raked through the coals via Temporary Internet Outrage when your wife pops the kids out in the car. Rushing because if you’re late to work you’ll get fired? Decent shot. Have to get home because you forgot to record Law & Order: SVU and if you miss the crime in the first few minutes the show will be ruined? Not so good.

Yeah, this isn’t going to work. It doesn’t give the cop anything to think about. His knee jerk reaction can just be “It doesn’t matter, the law is the law.” That’s straight out of the manual, I assume from hearing the legend of “the manual” on various TV shows. (See, *I* never forget to record SVU.)

AKA the Code Brown. You know, there IS one thing you can do to really sell this bit. It’s not great for the upholstery or dignity, and forever gives you a definitive answer to the question, “Would you soil yourself for a few hundred dollars?” — but on the other hand, tickets cost more than pants.

I’m surprised this finished so high since it feels more like the preamble to a real excuse than an excuse itself. You can do better.

Odds of success: 9-1, highly dependent on the emergency

Just because a traffic violation is popular doesn’t make it legal, unfortunately, so I’m thinking this one flops. Your best bet is that you actually were telling the truth, everyone keeps doing it, and some guy speeds by doing 120. That’s way more lucrative.

Here you’re basically just arguing out of a fix-it ticket, which is more annoying than expensive — so it’s not worth breaking out your “A” material. Unless you’re in the deep South and a fat, corrupt Southern sheriff breaks your light with his nightstick. In which case this excuse will only guarantee that he smashes *another* one of your lights. Then he and his redneck buddies laugh at you and warn you never to cross the county line again. This excuse won’t work there.

I feel like this would be the excuse I’d be most likely to pull out. It also has a built-in response to the follow-up question of “Why didn’t you look it up on your phone?” “I don’t want to break the law and look at my phone when I drive.” That’s airtight debate club gambit stuff right there.

Odds of success: 3-2, putting it right in the standard ticket avoidance range

Ignorantia juris non excusat. Two Latin catchphrases in one list! The same list where I made a rare poop joke. Am I pretentious or not? I don’t know. I’m like AMC, showing Mad Men and Breaking Bad alongside Small Town Security and reruns of CSI: Miami.

Anyway, this is the most popular excuse and probably a decent one if you can either (1) eloquently state your case or (2) hint that you’re litigious enough to argue the sign was obscured and force the cop to appear in court. I learned that second angle from an episode of Full House where Danny Tanner argued that a speed limit sign was behind a tree.

The 7-10 Split Is Only the Third-Hardest Shot in Bowling?