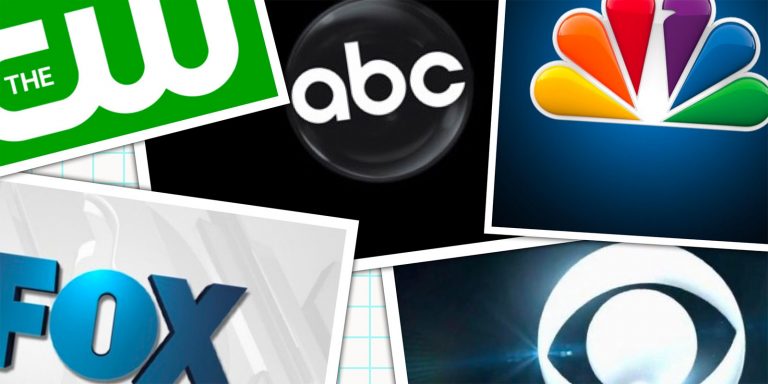 A report was released on all the naughty words your kids heard on TV this year. Here’s my breakdown.

A few days ago, the Parents Television Council released a report on cursing on television. It was intended to SHOCK and HORRIFY. I appreciate it more for its data.

See, the PTC actually has dedicated lunatics who sit there in front of their TVs and count every single swear word on TV. If something particularly bad happens they might even call for a boycott of the show’s sponsors, which generally means 25 to 30 other lunatics don’t buy Doritos for a few weeks. But mostly, they just sit there with clipboards listening for words that are destroying society like “breast” and “screw.”

It’s all to protect the children, of course. (Even though obsessively sitting in front of the TV with a clipboard probably isn’t as good as actual parenting. While they’re doing that their kids are no doubt getting high on meth and banging each other, but that’s another battle for another day.)

Anyway, their study actually counted every single instance of 18 different swear words (or pseudo swear words) on primetime TV in 2010. They cover the four major networks — sorry, The CW. They chose to ignore you, not me. And now I’ve re-purposed that into this list of the 11 most popular swear words on TV. Hide ya kids.

This is the most common of any of the curses. And I’m fairly sure Gordon Ramsay is close to singlehandedly responsible. Whichever PTC member pulls the Gordon Ramsay cooking show du jour is just begging for carpel tunnel.

(On a side note, reading this really made me have one of those moments when I miss Arrested Development so, so much. They took censoring swear words on primetime network TV to an art form that was never attained before and will never be attained again. I’d take a chubby for them.)

Frankly, I’m surprised that hell has ONLY been said 244 times on primetime TV this year. Not to turn this into an all-Ramsay list, but his show was called Hell’s Kitchen. That had to account for at least half of them. Does that mean all of the non-Hell’s Kitchen shows on TV have only collaborated for a hundred or so “hells” in 2010? What the heck?

I’m glad the PTC wasn’t charting during the Dennis Franz era, or their tally of ass on network TV would have a big… wait for it… asssssterisk next to it. (You’re welcome.)

Makes me wonder how they’d handle a character (perhaps one named Martin who was feeling particularly randy) saying, “Look at that big furry beaver. Building that dammmmmm, Gina!” How many tallies does that get on the sheet. Two? Zero? Emergency caucus to decide?

I actually think “bitch” is a little harsher than it gets credit for. How it got into the “not-so-bad” group of swear words and out of the “George Carlin” group remains a mystery to me. I’m also sad to see that it gets almost seven times the usage of bastard — which is such a better word.

And this doesn’t even include the title of S#!+ My Dad Says on CBS, which, I have on good authority, literally made one PTC member’s head explode. Smoke shot out of his ears like a cartoon character, Wile E. Coyote was standing next to him holding a sign that said “Bang” — all that.

7 | Penis, vagina, and other genitals

For some reason, all genitals except balls and boobs are lumped together. Which is the same way they make bratwurst, interestingly enough. Anyway, this is a catch-all that also counts euphemisms, like the exchange below, which I would assume seems to happen on pretty much every episode of Two and a Half Men…

I’m reluctant to even count it as a swear word, but I have to agree with the PTC — there’s a lot of crap on TV these days. (After I wrote that I pictured, for some reason, dancing to the Price is Right theme music for my pun celebration.)

I think this was my biggest surprise on the list. I was trying to think of shows in the past year where I hear “suck” but all I could think about was Homer on the phone saying: “That team sure did suck last night. They just plain sucked! I’ve seen teams suck before, but they were the suckiest bunch of sucks that ever sucked… Uh, I gotta go, my damn wiener kids are listening.”

I think this includes the phrases “pisses me off,” “piss poor,” “take a piss,” “full of piss and vinegar” and “taking the piss out of you.” Although I’m fairly sure the last of those would’ve only been uttered by Simon Cowell, Piers Morgan or… wait for it… Gordon Ramsay.

11 Foods and Drinks Banned in the United States

How Many Lines in Ain’t No Fun Make It Through the Radio Version Unedited?