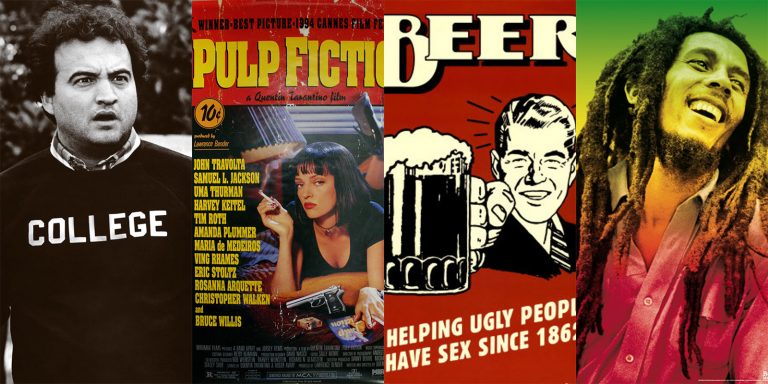 I went to college a decade ago, but some of the posters that were big then are still big today.

Somehow today, I found my way down an Internet rabbit hole and found myself looking through tons and tons of posters. This is a frivolous endeavor, since I don’t really want to buy any posters myself — I’m at the awkward age where everything has to be framed but I’m renting so I don’t want to put more holes in the walls in order to hang them — but I just couldn’t stop looking through posters.

It took me back to college, and, as I clicked on the “College” posters section of AllPosters.com, I was really surprised at how many posters from my college era were still for sale.

Now, I’m well aware that I’m not even 10 years out of college, so a lot of posters relevant between 1997 and 2001 are still relevant today. But, still, I wasn’t expecting so many “hip” things from my era to keep that cache to a whole new generation.

Here are 11 posters that were huge when I was in college that are still on sale today.

1 | Belushi in Animal House wearing the sweatshirt that says “College” 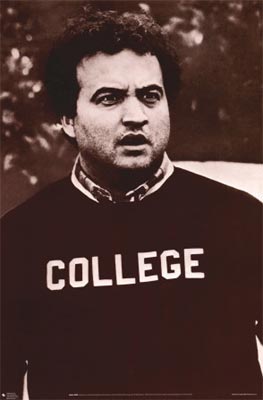 This one was everywhere when I was in school and lives on strong. AllPosters has it listed as one of their most popular “college” posters. My freshman year, they’d even give you a t-shirt with that shot of Belushi in his shirt (very meta) if you signed up for one of those awful super high interest college student credit cards.

I signed up for one with a fake Social Security Number and I still have that shirt. And someone whose SSN matches my parents’ phone number with a few extra numbers tacked on may’ve ended up with the credit card. 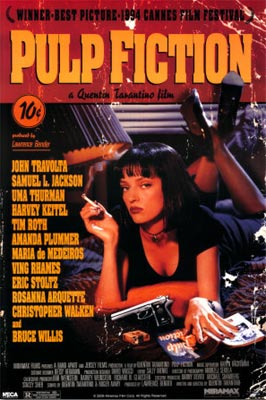 Pulp Fiction hit my generation hard… it was in theaters when we were just at the age where you could appreciate a complex, non-linear epic movie… and just old enough that you could get into a theater to watch a movie where the characters average three uses of the word “fuck” per minute. That translated to everyone having a Pulp Fiction poster on their wall. And it seems that Pulp Fiction has really held up for more than a decade, because today’s college kids are just as into it.

(Side note: One part of Pulp Fiction that is most definitely dated is Travolta complaining about $5 milkshakes. Everywhere you go now milkshakes seem to cost that much. It’s like the standard.) 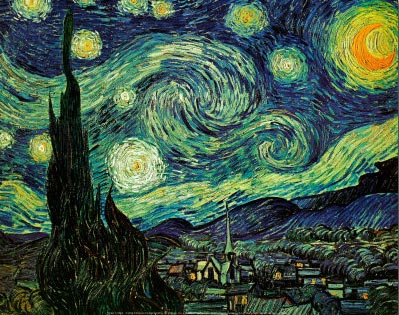 Starry Night is basically the Da Vinci Code of fine art. It seems everyone who goes to college and decides that sends them from zero to cultured buys a poster version of Starry Night. I mean… it’s Van Gogh! I’ve heard of him! And the swirly colors are so pretty! 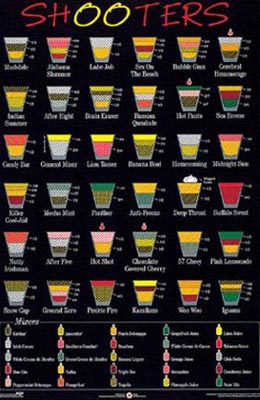 This poster changed my life. It’s a stupid poster that has pictures of and recipes for 36 different shooters. (Things like Mind Eraser, Sex on the Beach, Nutty Irishman, etc.)

Anyway, we had this poster my sophomore year, and, one night, endeavored to try some of the more adventurous shots listed. This ended up with myself and my friend Jake attempting to do a “Buffalo Sweat” shot. What that is? Three parts bourbon, one part Tabasco sauce.I took the shot, proceeded to have it come right back up (into a waiting garbage can), then found myself drinking an entire 20-ounce bottle of Wild Cherry Pepsi in one sip. (Ten years later, these details are still very, very vivid.) Since that day, I have not been able to eat Tabasco sauce. An entire decade, Tabasco-free. 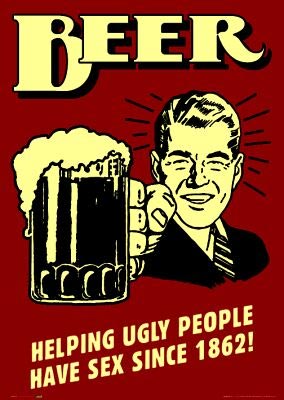 This poster was huge back in the day: A ’50s-style graphic of a guy holding out a mug of beer with the slogan, “Beer: Helping Ugly People Have Sex Since 1862. It appears this poster is still a big seller, along with several other ’50s-influenced posters for things like marijuana, video games, ADD (?) and more. 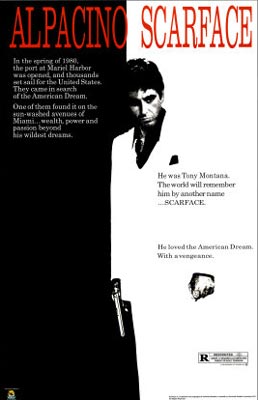 But we put up this poster before MTV Cribs came out and made the world aware that every single rapper in history had some kind of shrine to the movie.

7 | The Simpsons as The Sopranos 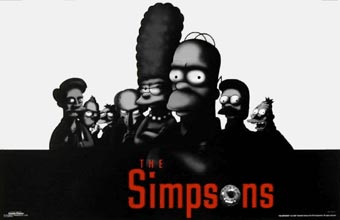 Sopranos debuted about halfway through when I was in college, so this one came around late. But Sopranos was such a phenomenon then… and The Simpsons were, and still are, monsters on college campuses… so the mashup here was very natural. Although as I’ve said before on this blog, I never watched The Sopranos. Just seems like such a huge time commitment. 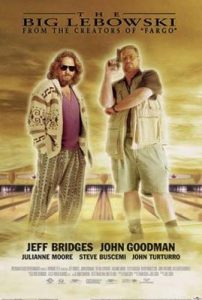 This movie is still holding up today. I guess that’s one of the best parts about a period piece set in 1991. 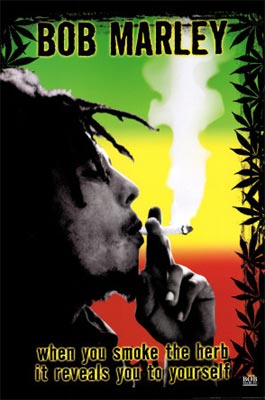 There’s NOTHING that white college kids like more than Bob Marley. I wonder if he’d be happy or sad to know that. 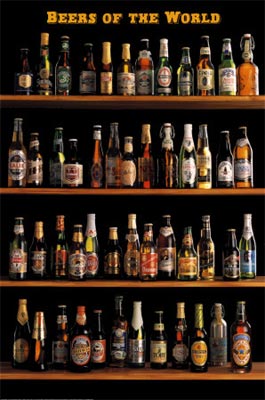 It’s good to have posters that are all about alcohol when you’re in a dorm (and, by definition, underage)… because there is just something so incredibly sad about an adult framing and hanging a poster about the joys of drinking. This poster was up all over when I was living in the dorms – it’s just a bunch of empty beer bottles from different countries. Nothing too fancy. But people love studying it. It’s a great conversation piece for a bunch of 18-year-olds who have never had any beer from anywhere further than Mexico. 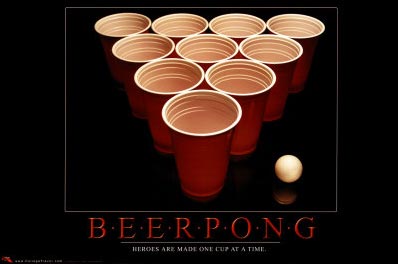 We are going to get to a point one day where we can’t remember which came first — the poster of a sunrise with an inspirational word and slogan, or the parody. At this point, the number of parodies have to outweigh the number of real ones, right?