11 Public Bathroom Options, Ranked From Least To Most Rank 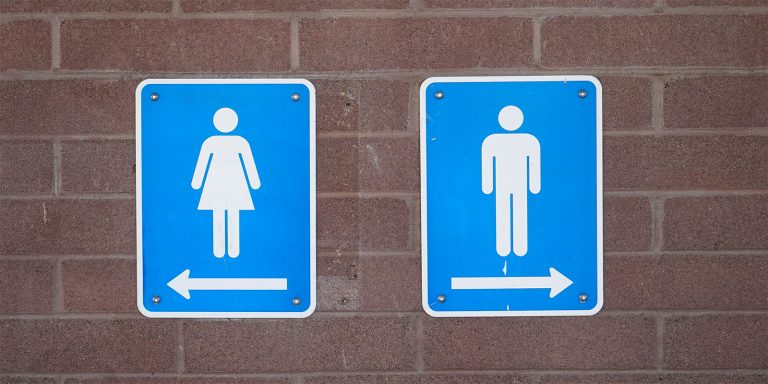 Need a toilet on the go? Here’s the power ranking.

You’re out of the house, maybe on a vacation or a road trip or at a box social, and, suddenly, you need a bathroom. What do you do?

Since George Costanza didn’t really invent the iToilet — and, to the best of my knowledge, there still isn’t a Yelp for public bathrooms — the goal of this list isn’t to name the country’s best toilets but, rather, to present some general knowledge of where you should and shouldn’t go. This comes from my personal experience and the experience of those around me. We ARE quite the pro-public bathroom bunch, apparently.

This list goes from the most inviting public bathroom all the way down to the least. As I put in the headline, ranked from least to most rank.

Holiday Inns and other equivalent national chains are good, but the gold standard are the even more upscale hotels. The interior of a bathroom stall at a Ritz-Carlton is nicer than your car.

The museum one hits close to home for me. I remember a family vacation back when I was in middle school where we went to Chicago. We were walking around the city all day and I had an overwhelming urge to use the bathroom. My parents asked me where I wanted to go. And the place that came to mind was… the art museum.

It’s perfect. Free admission, great atmosphere, high standard of cleanliness, non-judgmental fellow bathroom patrons because their defenses are down after seeing a bunch of baroque-era nudes. I don’t remember that many specific bathroom visits of my childhood (?), but that one still sticks out in my mind.

It’s almost like T.G.I. Friday’s and other restaurants of their ilk know their bathrooms are just going to be punished so they vigilantly clean them.

If you pass a hospital or emergency room, it’s an easy place to walk in. Those places have so many people in and out that they can’t possible call you out as a toilet-using carpetbagger. And, since it’s a theoretically sterilized environment, you can at least count on the fact that it’ll have well-stocked seat covers, hand sanitizer and one of those red biohazard boxes for syringes.

These are all… ok. They fully expect random people off the street to walk in and use them. The cleanliness is generally iffy — especially as the day drags along and little kids just befoul the hell out of these over and over and over. Plus, if you’re driving, they generally have horribly stressful parking lot situations. Still, in a bind, you’ll be pretty thankful if you see any of these on the horizon.

Libraries present a similar motif to museums, but with a big twist. The homeless have been gradually building quite the presence in this country’s libraries, and they ain’t there to read the latest Jodi Picoult. So when you go to their bathroom, you may get the standard of respectability you’d expect from one of America’s classiest institutions… or you may get a homeless person sleeping in the next stall over who wakes up to ask if he or she can have your fingernails.

These rank worse than sit-down chain restaurants because they tend not to keep the same standards of cleanliness. And, the staff is a little more vigilant about making sure you make a purchase before you use their toilet. In other words, if they just focused SOME of that effort on cleaning instead of making sure you ate chicken tenders before giving you the bathroom key, they’d all be better off.

As for Starbucks and other coffee shops, many of them have another strike against them — they often have one unisex, single-rider bathroom. Not exactly a place where you can feel comfortable taking your time.

When the bathrooms are inside, they get a lot more attention. Can’t have the rancid smell cockblocking Corn Nuts sales after all.

This ranks this high because it’s generally a decent stop for a woman. Women’s bar bathrooms aren’t exactly sparkling — and I’ve heard plenty of horror stories about them — but they’re usable. For men, that is not the case. By the end of the night, a men’s room at a bar is arguably the single grossest place on the planet. Take that, Tijuana fish markets.

These get cleaned less frequently than the deep fryer at Springfield Elementary. Or Long John Silver’s.

First, you have to push the two married men out of the stall and tell them to take their making out elsewhere. And then, you realize that there is no toilet waiting for you… just a hole with some blue chemicals in it. There’s misspelled graffiti on the wall and more swastikas than a Fark Photoshop contest. You look up and the ceiling might as well be stamped “John’s Asbestos Company.” You have that moment where you wonder if it’d be more sanitary to just step outside and let it fly in nature. And that’s the public park bathroom. Probably should’ve just pressed on and found yourself a T.G.I. Friday’s.

11 Scenes From a Mall on Black Friday