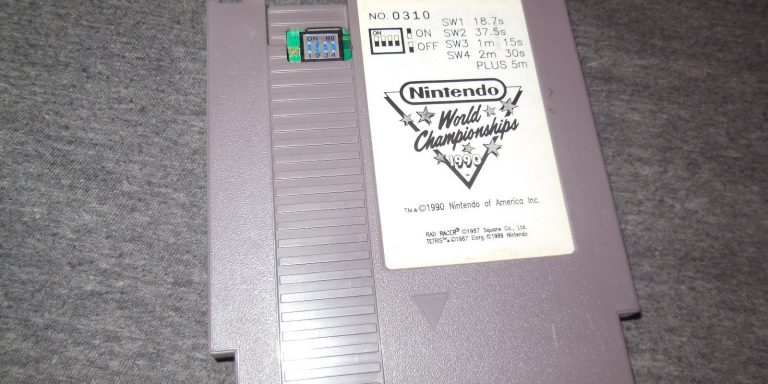 A list of unauthorized, unlicensed, obscure, recalled and limited-edition games that will dutifully scare any sane person off the prospect of collecting Nintendo games.

The games featured on this list extend far, far beyond the realm of the Marios and Mega Mans (Mega Men?) and Bebe’s Kidses of the world. These games were all either limited editions, unlicensed and unauthorized, or never meant to be released to the public. And they certainly were never meant to exist in a world where the Internet and eBay could make people cognizant of their existence and able to spend ludicrous amounts acquiring them.

These are the holy grail of NES games, the rarest of the rare, and games you will most likely never see or play. And in a great twist that existentially calls the notion of collecting itself into question — most of them are apparently awful to play.

These are the 11 rarest NES games, in order. 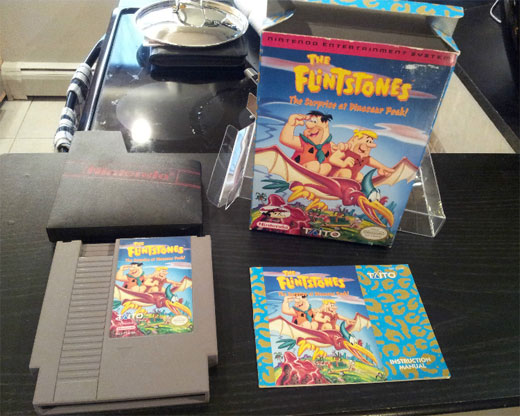 This game is an interesting case, because it shouldn’t have been a rare game. It was licensed by Nintendo, the use of the Flintstones characters was authorized and by all accounts it’s not bad. But… it wasn’t ready to come out until summer of 1994. If that sounds awfully late for a NES game, it should — the Super Nintendo came out a full three years earlier (summer of 1991) and the Nintendo 64 would come out only two years later (fall of 1996). In other words — this NES game came out closer to the release of the N64 than the release of the Super Nintendo.

Because it came out long, long, long after people had moved away from Nintendo, it got a very limited run of around 10,000 copies. The rarity has made it a collector’s item that makes it worth around $1,000 on eBay. And since I’m not going to spend that, I have to live my life not knowing what the surprise at Dinosaur Park really was. (I bet it was a cotton candy machine.) 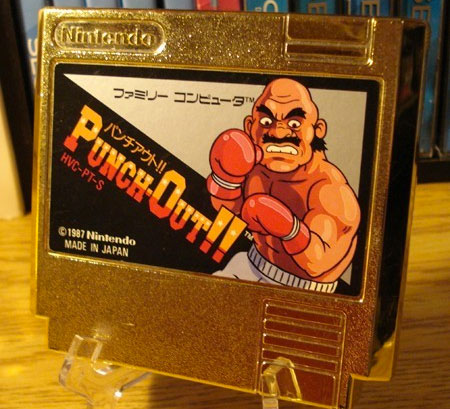 This version of Punch-Out doesn’t feature Mike Tyson or his low-budget replacement Mr. Dream (or HIS non-union Mexican equivalent, Senor Dreamo). It was given out as part of a promotion in Japan and has Super Macho Man as the final character. (He’s the second-to-last character normally.) Translation: If you want it, you’ll be paying several thousands dollars for a version of Punch-Out that’s only 92 percent complete.

If that wasn’t a bad enough sales pitch, there’s more — it also features Bald Bull on the cover, who, as I stated several years ago, is one of the biggest a-holes in video game history. That would be like releasing the Boy Meets World DVDs and putting the cult leader who almost brainwashed Shawn on the cover. 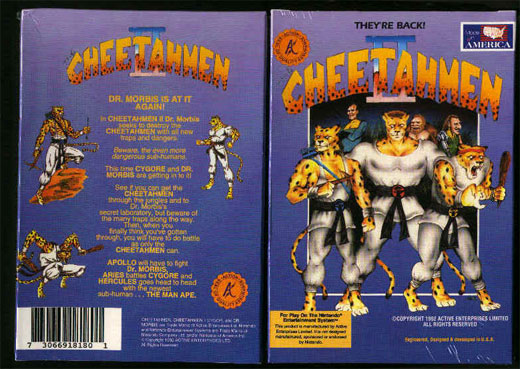 According to all reports, this game is terrible — although I say if the Cheetahmen are half-cheetahs, half-men like I’m thinking they are, it can’t be THAT bad. It was never released, but someone found 1,500 copies of the game in a warehouse back in 1997 and they’ve been passed around the market ever since. 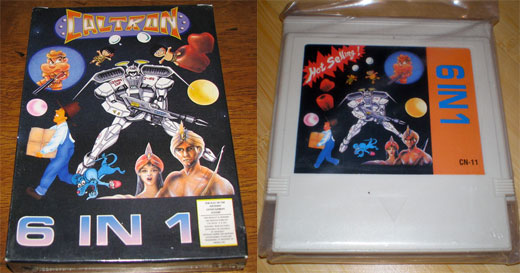 I remember hearing whispered fables of games like this as a kid. Someone knew someone who knew someone who had a game that contained multiple games on one cartridge. That would’ve been HUGE back then, when games were expensive, discounts were really hard to find and the number of games you had to play was proportional to your ability to badger your parents into spending lots of money.

Caltron is the second-rarest of the unlicensed multi-game cartridges (we’ll get to the rarest shortly) — because Caltron Industries shut down right after the game came out. Also, word is that all six games were so bad they didn’t add up to even one good game — but that wasn’t the point. It’s “Doughy’s Pizza is terrible but there’s two” economics: Six is better than one, quality be damned. 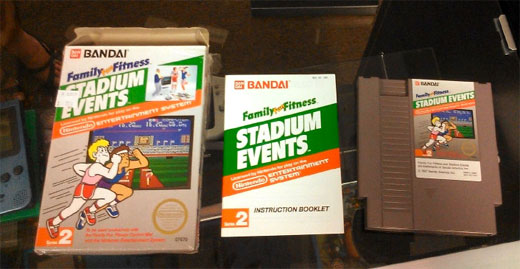 This game became a phenomenon when a sealed copy sold for $41,300 in 2010. Here’s why it’s so rare. Right after Bandai released the game, Nintendo bought the rights to it, renamed it World Class Track Meet, bundled it with their new Power Pad accessory — and recalled all of the Bandai versions. Only around 200 managed to avoid that recall and are still floating around out there. In terms of gameplay though, you can play this exact game as World Class Track Meet — which sells for about $4. 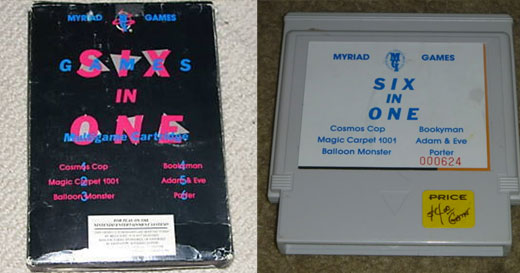 After Caltron Industries closed, a company called Myriad bought their leftover inventory. They slapped their generic sticker — seriously, it’s like they tried to make the most generic sticker possible — on the front of the cartridge and started selling the leftover games… only about 100 of which were in existence. So it’s the same crappy game as the Caltron version, but with a different sticker. It also sells for about three to four times more than the Caltron version. These are the nuances that rightfully scare people away from the world of collecting. 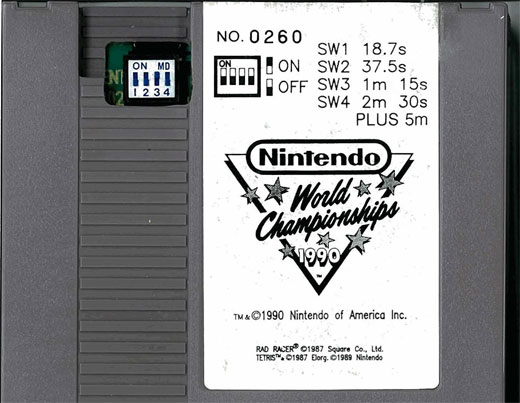 And now we enter the realm of the Nintendo World Championships. I remember when they announced these championships in Nintendo Power. In 1990, as Nintendo was peaking, they held events around the country (maybe world?) where kids would compete to see who was the best Nintendo player out there. (This was before the Internet and networked gameplay, where you quickly learn that there are thousands of people out there way, way better than you, even if you’ve been playing for decades.)

The championship consisted of playing Super Mario Bros. until you got 50 coins, then completing a lap in Rad Racer, then trying to get as high of a score as possible in Tetris until the time ran out.

Over the course of the contest, the kids who won in each city got a copy of the game cartridge that featured that special game. There were three age groups and 30 cities, so only 90 people ever walked away with the game. I’m sure their glory back in 1990 was great — but their cartridges being worth $10,000+ a few decades later was an even bigger victory. 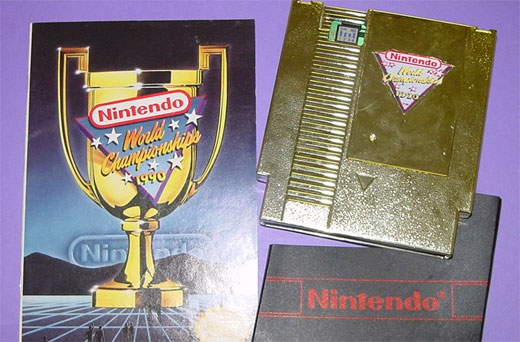 These are even rarer than the gray versions, and didn’t go to the actual competitors in the championships — these were given out as prizes in a Nintendo Power giveaway. I distinctly remember entering that giveaway. (Spoiler alert: I did not win.) Since these are so rare and not all of them are even accounted for, they sell for somewhere around $30,000. 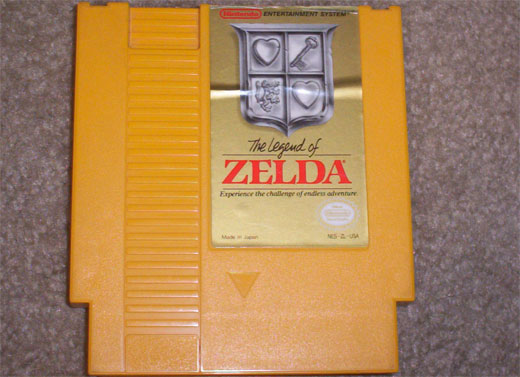 The Legend of Zelda was notable for being a shiny gold cartridge amidst a sea of dull gray cartridges. This very rare Legend of Zelda isn’t gold or gray. It’s an odd mustard yellow — and was never meant to be released. It’s just the prototype of Zelda that somehow got out. There are fewer than 25 copies out there and when one does appear on eBay, usually the person selling it is looking for at least six figures. Which is totally like when you’re playing Zelda and you go into that one shop where the guy wants like 400 coins for mutton. I mean, come on, guy. 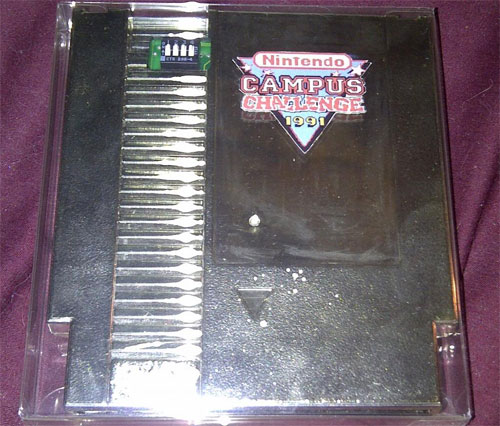 A year after the Nintendo World Championships, they hosted a campus challenge. Instead of Mario, Rad Racer, and Tetris, this featured Mario 3, PinBot (?) and Dr. Mario. After the competition, all of the cartridges were destroyed — except for one that turned up in a former Nintendo employee’s garage sale. So… um… if you have one, let’s hope you get a big payout and don’t just saturate the market by doubling the number of these known to man.