The most stolen sign in the world is, apparently, one for a town in Austria called “Fucking.” There’s nothing here that can compete with that — we’ve managed to keep the most profane words out of city and street names — but that’s not going to stop the people of this country from stealing road signs. We love our road sign theft like we love our Seth MacFarlane comedies: Sophomoric and frequent.

There’s no real way to quantify the most stolen street signs in the U.S.; it’s hard enough for the FBI to get every state to consistently and thoroughly report even basic major crime numbers. So I built this list anecdotally, by searching around for signs that drew some media attention for being frequently stolen.

These are 11 of the most stolen street, city, town and highway signs in the U.S. Don’t steal. 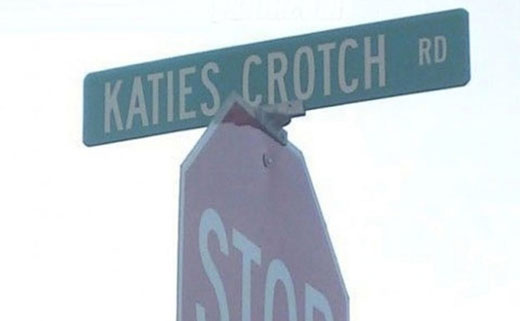 Apparently, this street got its name because a woman lived on the street named Katie and the “crotch” was the name of the v-shaped intersection in the road. Sound suspicious to me. This sign gets stolen so often that, earlier this year, the town had a vote whether to rename it. Even though it cost them $200 to replace it each time, they decided to stick with Katie’s Crotch. And that $200 doesn’t even include the labor that goes into rejuvenating the Katie’s Crotch sign OR the inevitable landscaping around the sign. 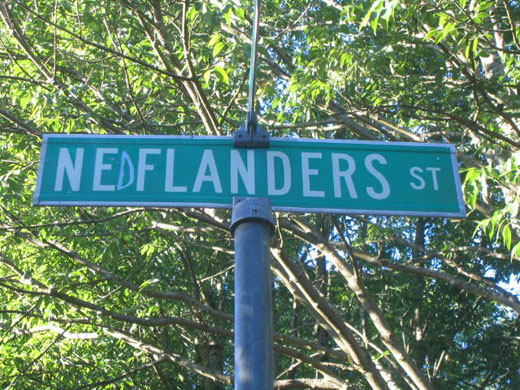 Apparently, everywhere you go in Portland you see Simpsons references. (Matt Groening grew up there and used the local streets to name several characters.) I look forward to going to Portland one day and seeing these, as well as seeing Fred Armisen playing 400 different hipster characters. Anyway, the most stolen of the bunch is this one for Northeast Flanders Street… because, as seen above, it’s just one “D” away from being Ned Flanders Street. As long as you’re not fussy about kerning. 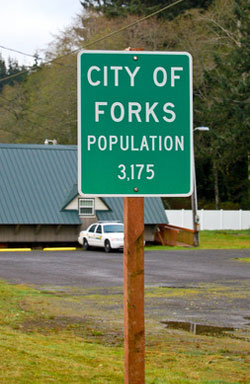 All things considered, it was horribly cruel of Stephanie Meyer to set the Twilight series in an actual town and not a fictional one. These poor 3,175 Forks residents must just be overrun with shrieking teenage girls. As if it wasn’t hard enough living in the epicenter of an epic vampire warzone. 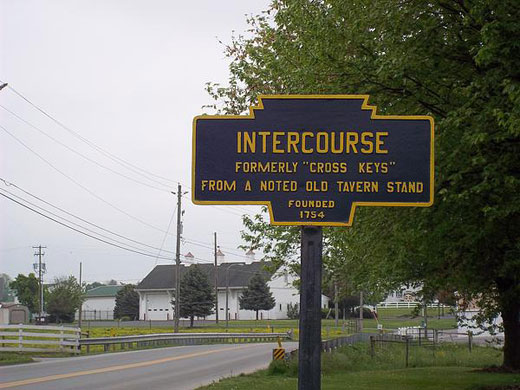 At what age do people stop being entertained by the mere mention of Intercourse, Pennsylvania? Is it possible the answer is “never”? 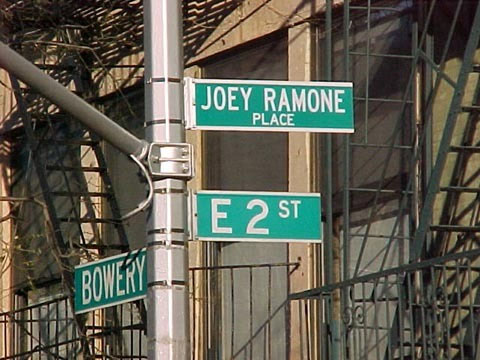 Even with all of the iconic (and real) streets in New York, this symbolic Joey Ramone Place sign is the most stolen one in the city. Although, according to the liberal media, it achieved that mark after being stolen just four times in seven years. Which begs the question: What’s less punk rock — having the mayor name a street after you, or having less than one person a year steal that street sign? 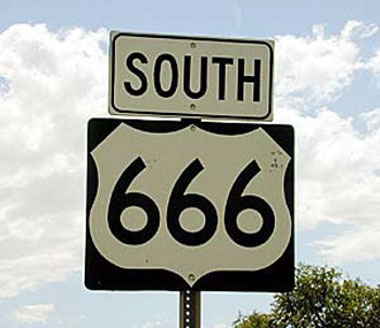 There is no Route 666 anymore. As of 2003, all three states agreed to change it to Route 491. Which isn’t the Mark of the Beast… but, coincidentally, does still have an association with Biblical evil. Let’s all open our Bibles to Matthew 18:21-22…

Then Peter came to Jesus and asked, “Lord, how many times shall I forgive my brother or sister who sins against me? Up to seven times?” Jesus answered, “I tell you, not seven times, but seventy times seven times.”

Does that mean you only get 490 sins, and on the 491st, you’re done? Let’s hope so. We need some new cursed numbers. I’m tired of 13 and 666 and, for Jim Carrey, 23. Did you know the Chinese think four is unlucky? That’s so impractical. Fours are everywhere. We need more of that. 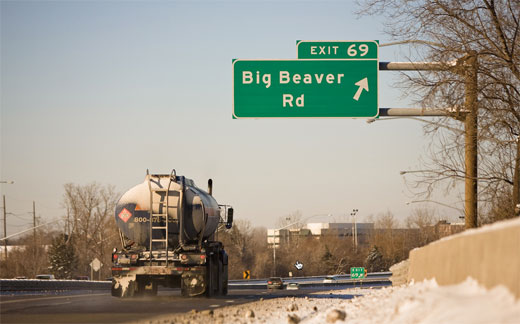 8 | Anything related even loosely to marijuana, Anywhere, U.S 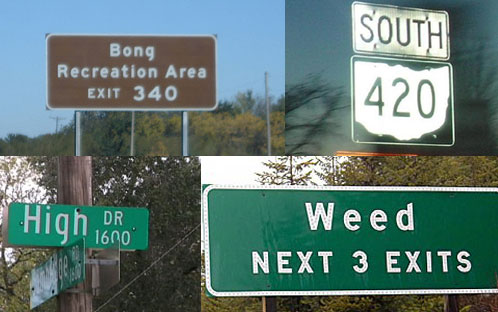 These are just four of the many, many marijuana-related signs that are under constant assault. I wonder though — now that marijuana is starting to be legalized, do these lose their cachet? And, on a related note, is there anywhere in the U.S. called Bath Salts Avenue? Because it’s screwed. 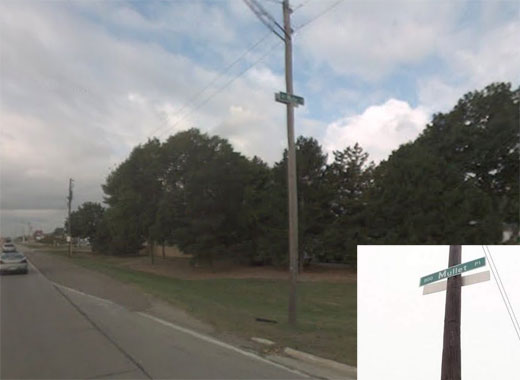 Green Bay has streets named after pretty much everyone who’s every played for, coached, or even watched the Green Bay Packers — but none of them can compete with a tiny street called Mullet Place. I grabbed the image above from Google’s Street View. And, as you can tell, they’ve moved the Mullet Place sign WAY up on a pole so no one can steal it anymore — especially someone greasy enough to want it. And with that, Dan Majkowski goes back to being Green Bay’s second most elusive mullet. 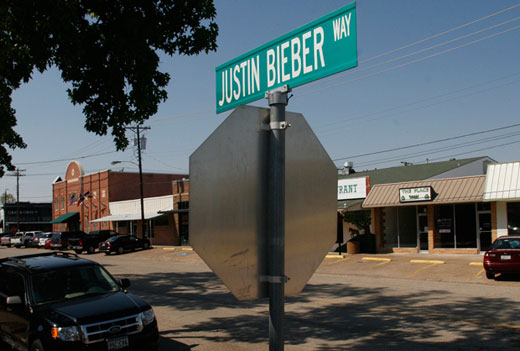 Last year, the town of Forney had a “mayor for a day” contest and an 11-year-old girl won. She promptly renamed Main Street “Justin Bieber Way”… and the sign was immediately stolen. I’m pretty sure the street renaming was just temporary, because any self-respecting town would never name a street after Bieber, right? Or should I never say never? 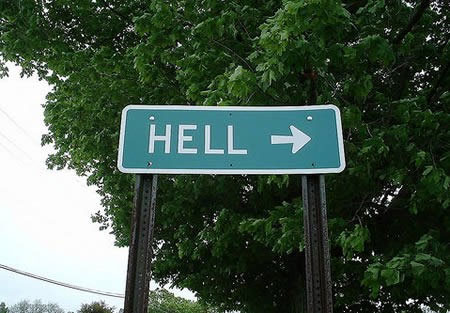 Since the sign keeps getting stolen, I guess you’ll have to rely on GPS if you’re looking for a bunch of good intentions.