There are a bunch of lists of random celebrity couples floating around the Internet. This one is different in two key ways.

(1) You won’t have to click to 11 different pages to see all of these.

(2) I didn’t include Julia Roberts and Lyle Lovett.

I didn’t include them because I wanted this to be a list of weird celebrity couples that made me say, “Wait… really? THEY dated? Oh man, that’s so awkward.” I said that out loud 11 times during my research — these were the 11 times. Here are 11 of the strangest, randomest, and weirdest pairs of celebrities who’ve dated each other. 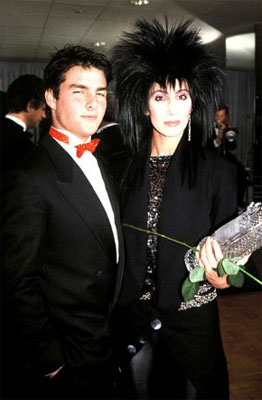 She was (and, I guess, still is) 16 years older than him. They dated in the early-to-mid ’80s — somewhere in between Risky Business and Top Gun. It’s possible they dated before celebrity pushed him over the edge — but I’m pretty sure she was already gone. Do people bring up this relationship — where Tom Cruise dated a gay icon, albeit a female one — when they talk about Tom Cruise being gay? Is there any other woman that every gay man in the world would’ve at least tried to date? Maybe Madonna? Bea Arthur? 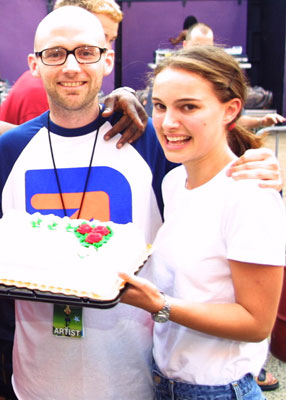 They dated in 2001, between Star Wars: Episode 1 and Episode 2, and when Moby was around the peak of his popularity. Moby says dating Natalie Portman made him “a target of a lot of nerd wrath” because “you don’t date Luke Skywalker’s mom and not have them hate your guts.” I don’t know, man. Something about the smarminess of that comment triggers my nerd wrath far more than his dating of Natalie Portman ever could. 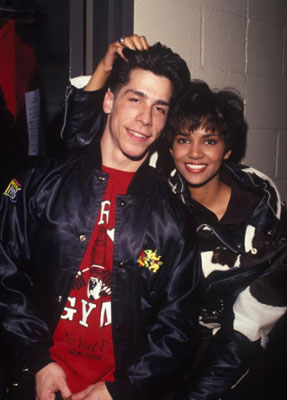 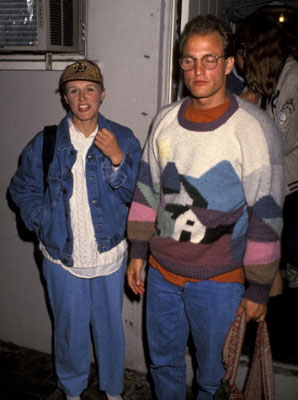 They dated in 1991 and, from the looks of it, spent most of their relationship in mirrorless rooms. 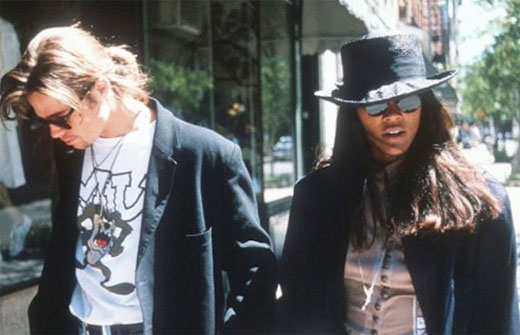 So this happened while Robin Givens was divorcing Mike Tyson — but before anyone had ever heard of Brad Pitt. They met when Brad had a small part on Robin’s show, Head of the Class. And apparently, Tyson once walked in on Robin and Brad in bed together. I’m assuming Brad got out of it by dodging Tyson’s lethal uppercuts for the first 90 seconds, then picking his spots with shots to the face after Tyson missed his less-lethal uppercuts, all the while hoping to land a jab that earned a star punch. 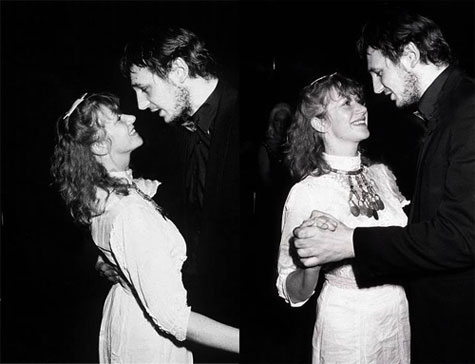 They met on the set of Excalibur in 1980 and dated until 1985. You’d have to assume neither one knew that two-and-a-half decades later, once they were way, way older, Helen would be much hotter and Liam would somehow become one of the biggest action stars in the world. 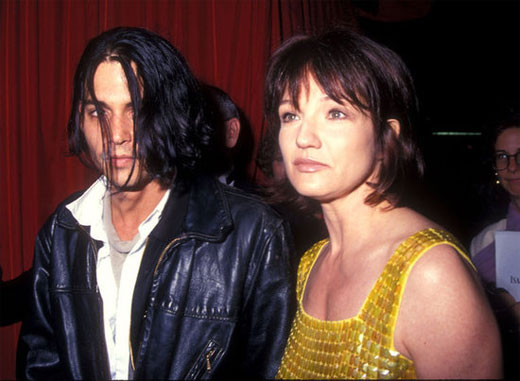 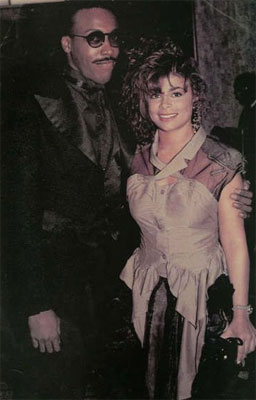 They dated in the late ’80s. Must have really hurt Arsenio when she left him because she was looking for someone who didn’t want to simultaneously take two steps forward. 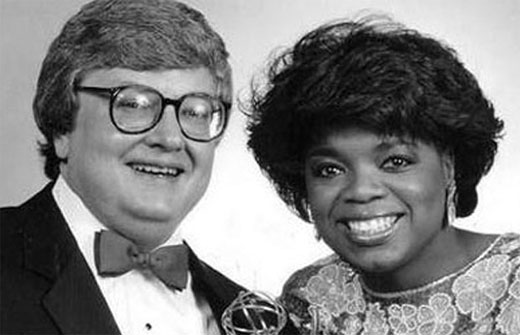 These two went on two dates when their careers were just getting going in Chicago. Man, they would’ve had some judgmental babies who were preternaturally savvy at handling the syndication market. 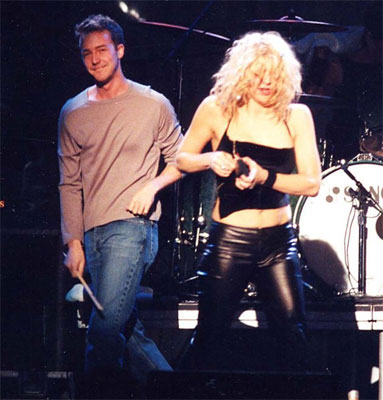 Apparently they met doing The People vs. Larry Flynt and dated in the late ’90s. And he probably thought they broke up clean — but no one gets away from Courtney Love clean. In 2010 she went on a rant against him on Twitter for Ponzi scheming $300,000 out of her and some other famous people. Then in 2011 she broke the news that he’d gotten engaged to his girlfriend. Then last year she did an art show, featuring a defaced wedding dress that she’d intended to wear when she married him. Based on this recent pace, any minute now there should be another incident. 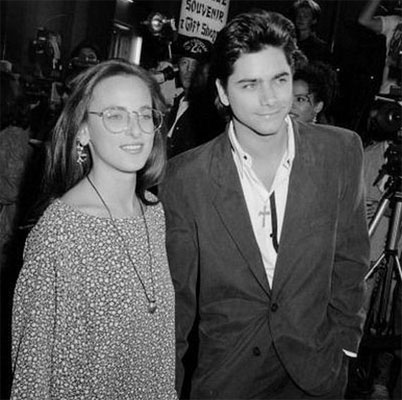 Very smart pick for her among the Full House guys. If she’d tried dating Dave Coulier the first date would’ve prematurely ended after the sixth time she had to tell him, “That’s not how you say ‘cut it out’ in sign language.”

11 Things You Should Eat on Your First Eleven Dates