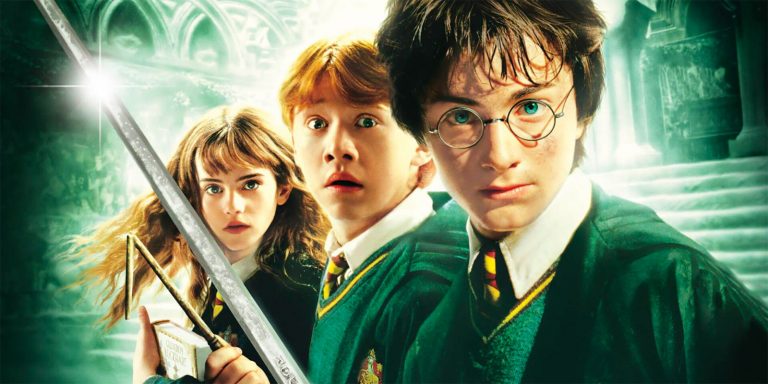 A reader asked Sam for advice on a Harry Potter tattoo. Here are the routes some of the most devoted fans have followed.

I got an email recently asking me for advice on a Harry Potter-themed tattoo for a serious fan. I’m proud, if not slightly confused, that I popped into her mind as a qualified consultant on the matter.

Sure, I’ve written one very popular list on Potter (11 Amazing Fake Harry Potter Books Written In China) and one not-as-popular list on Potter (11 Reasons Why Quidditch Kinda Sucks). And I’ve written about Simpsons tattoos, South Park tattoos, stomach tattoos and grammatically incorrect tattoos. But I don’t have any tattoos myself. I’m far too busy making shameless plugs to get one.

So what did I recommend? We’ll get to that. But first, I decided to go all-out and put together a full list of the most insanely hardcore Harry Potter tattoos already floating around.

Here are my 11 favorites… 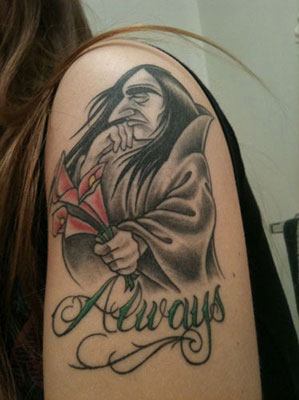 This tattoo is in honor of Snape’s everlasting love for Harry Potter’s mom, Lily. But it’s hardcore because this woman (or guy in a Poison cover band) didn’t go with the Alan Rickman version of Snape. She actually dug through all of J.K. Rowling’s descriptions and got a tattoo of the Snape she sees in her imagination when she reads. LaVar Burton would be so incredibly proud. 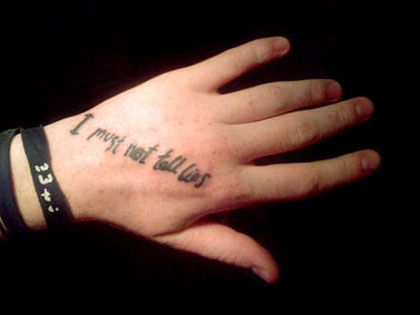 This isn’t just a tribute to Harry Potter — it’s a tribute to the most jarring moment of child abuse and corporal punishment in Harry Potter! I probably wouldn’t have gone for that. This would be like a Diff’rent Strokes fan choosing to get a tattoo of Dudley and the bike store owner. 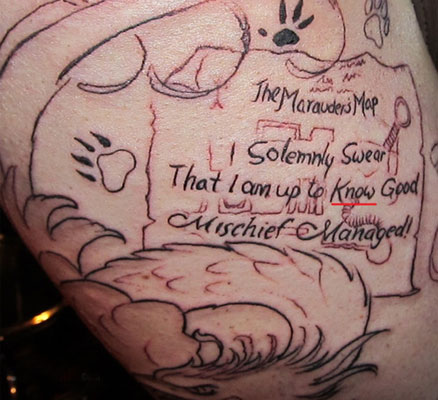 This guy is such a big fan that he clearly let a drunk friend cover a major portion of his body with a Harry Potter tattoo because he just couldn’t wait. The glaring spelling mistake is just further evidence of his hardcore fandom. 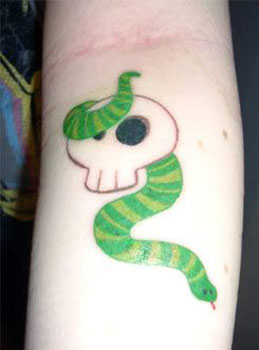 In my search for these tattoos I found tons of people who got the Dark Mark tattooed on their wrists. This was the only person who chose to go with a lighter, happier, more colorful Dark Mark. That snake isn’t trying to hunt down your children, it just wants to give you a lil’ kiss. 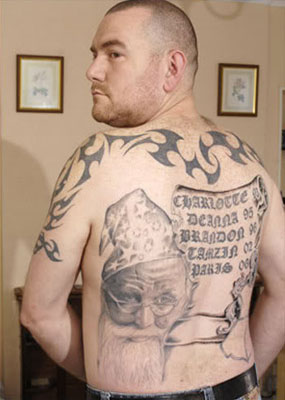 Nothing complements a shoulder load of miscellaneous tribal-ish tattoos like going with Dumbledore (and your kids’ names) on your entire back. But this one took a turn. After J.K. Rowling revealed that Dumbledore was gay, the always-trustworthy British newspaper The Sun caught up with this guy and asked him if that changed his opinion on his tattoo. And it did.

I went into work and everyone was sniggering. It’s been terrible. I’ve always liked Dumbledore — just not in that way.

That’s pretty tough talk from someone who seems to have named his fourth kid Tarzan. 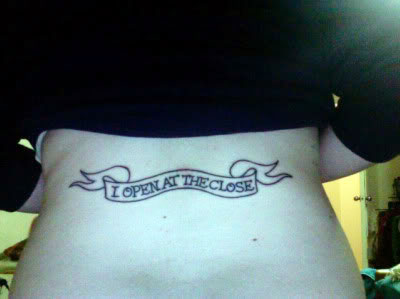 It takes a certain kind of raunchy sexual energy and devotion to that craft to take a quote from a children’s book and turn it into an innuendo-ridden lower back stamp.

7 | Potter in the library 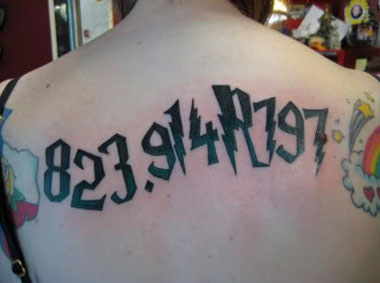 This massive upper back tattoo belongs to a librarian, and it represents the Dewey Decimal number associated with Harry Potter. That’s impressive dedication to both Potter AND the disappearing art of library cataloging.

8 | Whose giant tattoo is this? 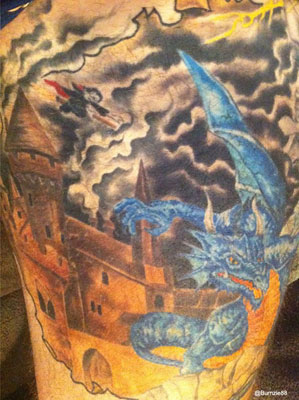 I had to go with one all-out Harry Potter body fresco, and I picked this one because of its owner. This elaborate Harry Potter is on the left thigh of an NHL player named Brent Burns. Yes, when he changes in the locker room after San Jose Sharks games, all of his teammates probably destroy him Canadian style (i.e. very politely). 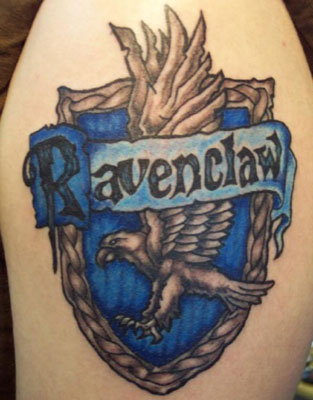 10 | Lightning to the forehead 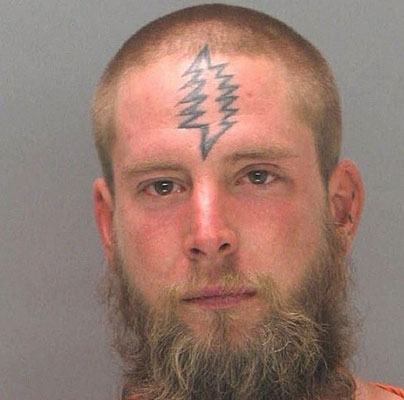 OK. I can’t guarantee the guy in this mugshot is a Harry Potter fan. But I’ve got to assume he is. And also, if Harry’s tiny lightning bolt caused him to have a searing pain because of his Voldemort mind-meld, then imagine what this guy goes through with his giant lightning bolt? 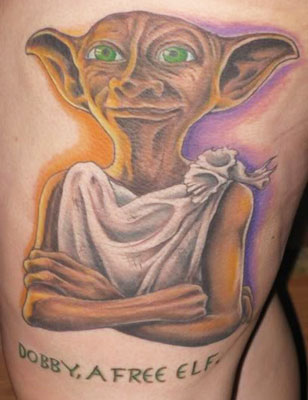 It takes a serious love of ALL things Potter to take Dobby — the Jar-Jar Binks of the Harry Potter series — and get a tattoo of him channeling Yoda.

So what tattoo did I recommend for the TRUE hardcore Harry Potter fan?

Simple. I told her that nothing would show more insane devotion than getting the world’s first tattoo of the cover of The Casual Vacancy.