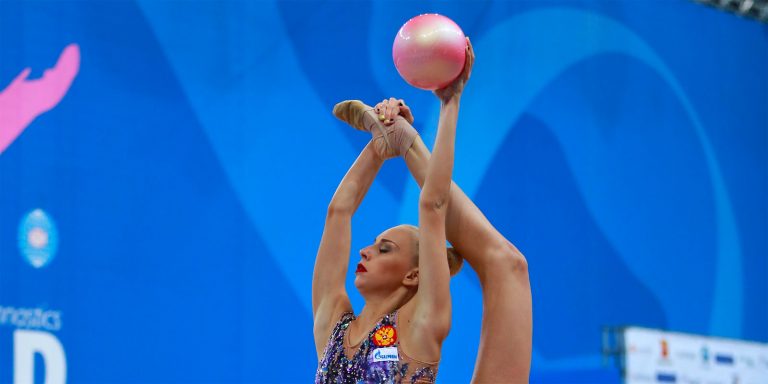 Plus the chances of breaking each drought in Rio.

The Summer Olympics start in less than two weeks, you know, unless Rio and the Games suffer their ninth misfortune. Three misfortunes, sure. Seven, there was an outside chance. But nine? I’d like to see that.

Anyway, as always — at least, “always” dating back to the fall of the Soviet Union — the U.S. is favored to win the most medals. There are some sports where gold medals are almost guaranteed (lots of track events, basketball, gymnastics, swimming) and plenty of others where they should happen (golf, tennis, shooting, women’s soccer, some wrestling).

But where WON’T they happen?

There’s a decent amount of events (I found 11, believe it or not) where the U.S. has never won a gold medal. Here they are, plus a brief note on whether there’s a chance of breaking the drought this year in Rio.

Who knew we were terrible at twirling a rope, catching a hoop and juggling a bunch of clubs? Is our country’s rhythmic gymnastics highlight the Will Ferrell performance in Old School? Despite the U.S.’s prominence in regular gymnastics, it has never even received a bronze in rhythmic gymnastics since it became an event in 1984.

Chances of breaking the drought in Rio? Well, we are sending a team, so I guess anything can happen. But the team isn’t on any short lists to make a splash, as the former Soviet republics are the once and future favorites.

Badminton has never been huge in the U.S. — our inability to avoid giggling over the word “shuttlecock” pretty much killed it — and that’s reflected in our Olympic performance. Zero medals since it became an event in 1992, not even a bronze. China, South Korea and Indonesia have dominated.

Chances of breaking the drought in Rio? Gold medal will be tough, but a medal IS possible. The U.S. is sending its largest badminton team ever, including its first mixed doubles team. They could sneak in.

Modern pentathlon has been in the Olympics since 1912, and still the U.S has never won a gold. That’s an awfully rare occurrence; we were usually able to sneak medals in all of the track and field events in the early 1900s before other countries really cranked up their training programs. (And, you know, before Kenya started showing up for the marathon.) We’ve taken six silvers and three bronzes, but no golds. (By the way, modern pentathlon is a REALLY cool and underrated event. It includes fencing, pistol shooting, swimming, show jumping on a horse and running. I will definitely be watching it at 4:00 A.M. on CNBC next month.)

Chances of breaking the drought in Rio? It’s actually possible. The team only consists of one man and two women, but one of the women came in fourth in London, so she might be able to string together a little magic.

Trampoline was just added to the Olympics in 2000; the U.S. has never even sniffed a bronze. I blame it on the American helicopter parenting craze. You think parents in China, Ukraine or Uzbekistan are scared of putting trampolines in their yards because their kids might fall off? Hell no. And that’s why they’re Olympic trampoline champions and we’ve got a whole generation of kids that’s never even heard of a “double bounce.”

Chances of breaking the drought in Rio? Well, you never know. The team in Rio is only one man and one woman, but I’m not sure they can compete with defending gold medalist Dong Dong or anyone else from the Chinese team.

The triathlon joined the Olympics in 2000, which is kind of crazy considering how many steeplechases and whatnot they indiscriminately let in. The U.S. only has one bronze.

Chances of breaking the drought in Rio? Pretty good. The U.S. women killed it at a few triathlon world championship events last year (claiming the gold, silver and bronze). That’s a quality team. And I’m sure they, like me, still roll their eyes every time they get an Active.com email because they signed up for one 5k Turkey Trot six years ago.

China is so dominant at table tennis that the Olympics changed the rules in 2012 so each country could only send two players, not three — it was the only way to keep China from taking all three medals.

Chances of breaking the drought in Rio? Um, I wouldn’t bet huge on it. Forrest Gump isn’t walking through that door.

Chances of breaking the drought in Rio? It’s not great. The last time the men’s team qualified (and wasn’t just automatically given a spot because the U.S. was hosting) was 1956, and this year is no exception. The women’s team qualified and will compete in Rio, but didn’t make it out of pool play in London in 2012 and probably won’t this time around either.

Team handball looks like a lot of fun (it’s not smacking a ball against a wall with your hands with your goombas on the lower east side) — but it’s not a source of strength for the U.S. We haven’t sent a team since 1996 (when they got an automatic berth since the Olympics were in Atlanta).

Chances of breaking the drought in Rio? Zero. For the fifth Olympics in a row, there won’t be a U.S. men’s or women’s team competing.

It’s tragic that the country that created the cinematic masterpiece Rad has never held its own on the world’s stage for BMX. (This is only the third Olympics with BMX. A U.S. male rider won a silver in 2008 and a woman won a bronze in 2012.)

Chances of breaking the drought in Rio? Of all the sports on this list, BMX is probably the one where the U.S. has the best chance to break its drought. A few of the team members are very highly-ranked BMX bikers and could possibly do some totally gnar riding in Rio.

There are a few sports where one of the sexes has won gold and the other hasn’t (U.S. women’s water polo has a gold and the men don’t, U.S. men’s volleyball has a gold and the women don’t, etc.) — but men’s soccer really stands out. Soccer has been in the Olympics since 1900, and the American men’s team only medal was a silver in 1904. We keep trying to join this whole worldwide soccer party, but they really don’t want to let us in.

Chances of breaking the drought in Rio? Nope. Even though the U.S. men’s soccer program is in as good of shape as it’s ever been (except for 1904, apparently), they failed to qualify for the Rio games. Meanwhile the women’s team easily made it, and will be going for its fifth gold medal in six Olympics.

Mountain biking debuted in 1996 and features an off-roading course with hills, obstacles and probably people eating energy chews. While researching this, I also discovered that riding on a bicycle built for two was an Olympic sport from 1920 to 1972. We never got a medal in that either. I’d be half crazy falling in love with that event if it were still on.

Chances of breaking the drought in Rio? Looks like the mountain biking team is only one man and two women. The best bet is one of the women, Lea Davison, who’s ranked 20th in the world in mountain biking. Her getting a gold would be like, say, Floyd Mayweather losing a boxing match to Soda Popinski. Mathematically possible, highly unlikely.