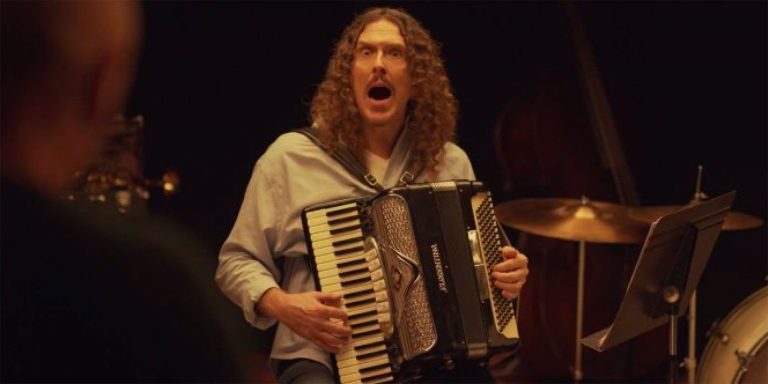 “Weird Al” Yankovic released a new album last week and, for the first time in his three-decade career, it was the number one album in the country. It also contained his 11th polka medley.

If you’re not familiar, for a few decades now, Weird Al has been making these medleys. He takes about a dozen songs and strings them together as a polka. I love them and they’re always something to look forward to on a new Weird Al album. And now that there are 11 of them, they fit seamlessly into this site.

They were particularly hard for me to rank — I adore Weird Al, so this was kind of me being Homer Simpson the food critic giving everything between six to eight thumbs ups — but I ultimately came up with an order I thought was fair and correct. (Correct to personal taste, of course, which means incorrect to everyone else.)

Here are the 11 Weird Al polka medleys, ranked from my least favorite to my favorite.

Song best translated into polka: Shattered by the Rolling Stones

Song worst translated into polka: It’s Only Rock and Roll (But I Like It) by the Rolling Stones

This is the only Weird Al medley where every song is from one band. The entire thing is made up of Rolling Stones songs and Weird Al plays them all surprisingly straight; he doesn’t do a ton of transforming the songs into polkas, he just kinda performs them over the polka rhythms. (The only time he gets creative is on Shattered.) I also think his version of Ruby Tuesday would’ve worked a little better closing out the song than (I Can’t Get No) Satisfaction.

Song worst translated into polka: Everybody (Backstreet’s Back) by Backstreet Boys

This one is pretty benign — it hits on basically all of the genres that were floating around in the late ’90s (other than that weird three weeks of the swing music craze) but doesn’t quite ever sink its teeth into any of them. There isn’t really a standout rendition in the entire song. It’s particularly disappointing that the Backstreet Boys segment isn’t stronger; it’s the lone representative of the the late ’90s boy band resurgence in this medley, and of all the late ’90s music trends that could’ve used some ribbing, the boy bands are on top.

Song best translated into polka: Party All the Time by Eddie Murphy

Song worst translated into polka: What You Need by INXS

This isn’t one of the strongest outings but DOES make you realize that Eddie Murphy’s Party All the Time is closer to a polka song than you ever realized — it barely takes any tweaking to work it seamlessly into a polka. Bonus points to this polka for ending on Papa Don’t Preach with the singers happily repeating “I’m gonna keep my baby!” over and over.

Song worst translated into polka: L.A. Woman by the Doors

This was Weird Al’s first polka medley and one of the only ones that wasn’t a snapshot of the moment — he drew a good amount of his material here from songs from the previous two decades. One of the songs he uses is apparently the theme song from the Lawrence Welk Show — when I was listening to it last night I thought it was the music from Super Mario Bros. 2. (That game came out half a decade after this song.) Mostly, you can see him starting to recognize the potential with polka-fying well-known songs and blending polka conventions with pop conventions. A lot of the tricks he just dabbles with here come out in full force in later polkas.

Song best translated into polka: Timber by Pitbull and Kesha

Song worst translated into polka: Get Lucky by Daft Punk

Weird Al gets huge bonus points for doing the “sexy lady” line from Gangnam Style in the Jerry Lewis voice. He plays around a lot here — more straying from the lyrics to riff on the songs and their banality than usual — and it adds a lot to the song. The big downer here is the Get Lucky closer feels very anticlimactic and doesn’t quite work as well as anything else in the medley.

Song best translated into polka: Candy Shop by 50 Cent and Drop It Like It’s Hot by Snoop Dogg

This was the hardest one for me to rank on the list (which is why it ended up in the non-committal dead center spot). It starts off pretty slowly but is so incredibly strong at the end — the back-to-back 50 Cent and Snoop Dogg parodies are so beautiful they elevate the entire song at least a full tier. The Gold Digger finale is also an excellent close. Can such a strong finish make up for a slow start? It’s like the opposite of Lost.

Song best translated into polka: So What by Pink

Song worst translated into polka: I Kissed a Girl by Katy Perry

I’m glad Weird Al took the opportunity to make a song called Polka Face considering Lady Gaga’s Poker Face was just sitting there begging for it. I hadn’t listened to this one in a few years and it’s really interesting in retrospect. I didn’t realize it at the time but now it’s presciently emblematic of how mainstream hip-hop has so insidiously become indistinguishable from pure pop music. This polka never leaves the top of the pop music bell curve — where everything’s targeted at as big an audience as possible regardless of its genre — and shows just how fleshy that part of the curve has become in the past decade.

Song worst translated into polka: Method of Modern Love by Hall and Oates (too short; could be so great)

This is a tough one for me. It starts a little slow and I don’t totally love the ending on Relax by Frankie Goes to Hollywood but the middle section stretch of We’re Not Gonna Take It, 99 Luftballoons, Footloose and The Reflex is so well done and fits so perfectly into the polka motif that it’s arguably the strongest segment in any of his polkas. I feel like it fits well right about here on the list.

The polka works so well here in contrast to the commercially depressing songs that are featured. It’s an excellent deconstruction of the source material and a lot of the parodies are particularly inspired — although none compares to his jovial, sound effect-laden take on Closer.

Song best translated into polka: Chop Suey by System of a Down

Song worst translated into polka: Get Free by The Vines

Weird Al is on top of his game in this one, taking a dozen songs all of which take themselves too seriously and dutifully stripping them of their darkness to show just how corny they really are. Hearing the lyrics performed in an upbeat, nasally way perfectly undercuts the angst-y pastiche of the rockin’ the suburbs music era.

Song best translated into polka: The Humpty Dance by Digital Underground and Do Me by Bell Biv DeVoe

Song worst translated into polka: none

I feel like Weird Al fans would widely agree this was the pinnacle of the polka medleys. It’s the catchiest and most enjoyable of the polkas AND the one that does the best job on the pop-to-polka transition. Every polka convention makes it into this one and with nothing held back. Weird Al even feeling it so much here he throws in a random drum solo out of necessity so everyone listening can just catch their breath and prepare for the back nine. Every song is chopped up and transformed into polka perfectly. Or maybe the music of the early ’90s was really all just polka music in disguise?

11 Songs That Have Been Called the Worst Song Ever