Sometimes a sports legend extends their career by going to a new team — and they look so strange in the uniform.

There’s been a ton of talk this week about Brett Favre wanting to un-retire from the NFL and, possibly, play for a team other than the Green Bay Packers. And there’s been a lot of talk about how strange Favre would look in another team’s jersey.

But none of that talk is coming from me. Firstly, because I have other, better stuff to talk to people about than Favrian whims; and secondly, because I love the late-in-the-career team change.

So, I dug into the subject and put together this list of the 11 weirdest late-career team changes in the three major American sports. 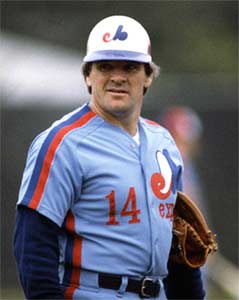 Now this is obscure. In 1984, Pete Rose went to the Montreal Expos. He played in 95 games… believe it or not, he recorded his 4,000th hit with the Expos… then got traded back to the Cincinnati Reds to finish out the last two-and-a-half years of his career.

He ended up breaking Ty Cobb’s all-time hits record the following season with the Reds. Then he rode off into the sunset, never to be heard from again. 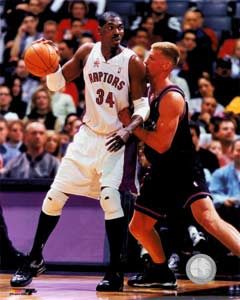 Olajuwon played his entire career with the Houston Rockets, from the 1984-85 season all the way through 2000-2001, setting an NBA record for the most seasons playing for one team. Then, the Rockets decided to rebuild, and shipped him off to the Toronto Raptors for some draft picks.He played in 61 games for the Raptors in the ’01-’02 season, averaging career lows with 7.1 points and 6.0 rebounds per game.

He retired after the season.And he’s number two on this list because, other than Rose in an Expos jersey, nothing looks stranger than Olajuwon in Canadian-colored purple. 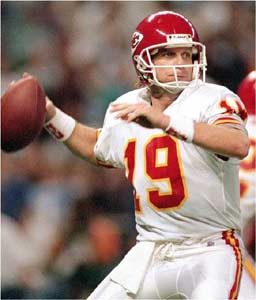 By the end of the 1992 NFL season, Montana had definitively lost his starting QB job on the 49ers to Steve Young. But, like all the veterans on this list, he wasn’t going out like that. So he asked the Niners to trade him and they did, to Kansas City. Montana played two seasons with the Chiefs, wearing number 19, instead of the number 16 he wore on the Niners.

And Montana did a really good job… he actually led the Chiefs to the ’93-’94 AFC Championship Game, where they lost to the Buffalo Bills. Their playoff win to get to that game, over the Houston Oilers, was the last playoff win in Chiefs history. But I won’t say if that’s more of a credit to Montana or a blast on the Chiefs franchise, because that’s not nice. 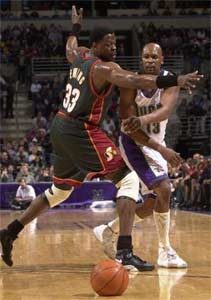 Ewing is known for being on the Knicks… and never quite getting them to a ring… but he made late-career cameos with the Supersonics and the Orlando Magic. I picked the Sonics for this list because Ewing looks so old and strange in their forest green uniforms.

And because that Ewing trade in 2000 (basically Ewing for about 800 players and draft picks none of whom amounted to anything as Knicks) was the beginning of the Knicks’ transition from powerhouse to biggest punchline in sports. 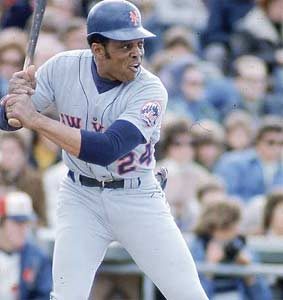 I was in San Francisco a few weeks ago doing a behind-the-scenes tour of AT&T Park for work. And that franchise loves AND is in love with Willie Mays. His number 24 is used all over that park.So, it would seem, the Giants, like everyone else, are trying to forget Mays’ ill-advised career-closing season-and-a-half with the New York Mets.

In May of 1972, after spending his entire 21-and-a-half-year, hall of fame career with the Giants, they traded him to the Mets.At age 41 and 42, he played 135 games over two seasons for the Mets. In his final year, he batted .211. The Mets made the World Series that year, but lost to Oakland in seven games… during the Series, at one point, Mays fell down in the outfield and blamed it on “growing old.”

It’s a very, very big contrast to his “The Catch” in the ’54 World Series… and one of the reasons he’s a poster child for knowing when to fold ’em. 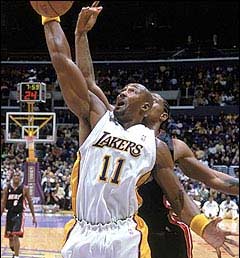 In the single most blatant evidence of late-career ring chasing in NBA history, Malone left the Utah Jazz (after spending his entire 18-year career there) to play with Shaq and Kobe on the Los Angeles Lakers for the ’03-’04 season.

Karmatically, Malone only played 42 games, averaged a career-low 13.2 points… and the Lakers lost to the Pistons in the NBA Finals. Malone retired, ringless.

The Fridge is one of the most iconic players from the Bears’ legendary championship team. So it’s very, very strange to see him in his Eagles jersey.

He ended his NFL career with Philadelphia, where he played one-and-a-half seasons, recording only one sack in 24 games.

Of course, seeing Fridge in an Eagles jersey isn’t close to as jarring as seeing Fridge in the ’06 Lingerie Bowl, in the ’03 Nathan’s Hot Dog Eating Contest or in the ’02 FOX Celebrity Boxing special (where he got beat by Manute Bol)… but this list is just about how you screw up your legacy with a late-career sports team shift, not about how you screw up your legacy in retirement. 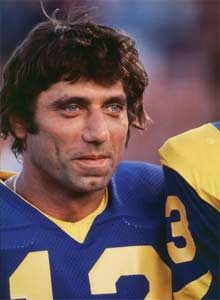 Namath played the final year of his career with the Los Angeles Rams. He only played in four games and threw three TDs and five INTs.

I’m guessing he didn’t mention his stint on the Rams while he was hitting on Suzy Kolber. Because, at that point in his career, Namath, not the team, was clearly what was strug-a-ling. 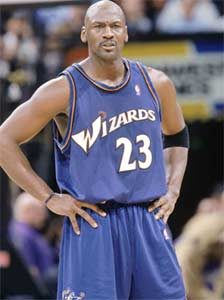 It’s such an obvious one that I didn’t want to rank it high. I’m not breaking new ground here — people have spent the past five years using Jordan’s Wizards comeback as a cautionary tale for just how sad it is to see aging legends sucking it up in a strange uniform. In fact, if I was an executive from Green Bay, I’d edit together a montage of Jordan playing mediocre basketball in Washington and send it to Favre, as the one and only piece of persuasion Favre should need to convince him to leave well enough alone. 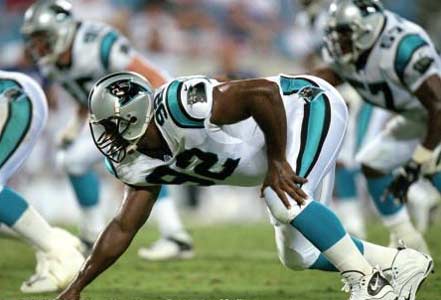 I think it just looks super-weird because it’s the Panthers. It’s always peculiar when Hall of Fame veterans end their careers on recent expansion teams with teal in their colors.

It was a tough call for the last spot between Emmitt going to the Cardinals or Jerry Rice going to the Seahawks. I picked this one because… the Cardinals?? Really!? Emmitt looked more natural in his sleeveless green button down shirt on Dancing with the Stars than he did in an Arizona uniform. And no one should look good in a sleeveless green button down shirt.