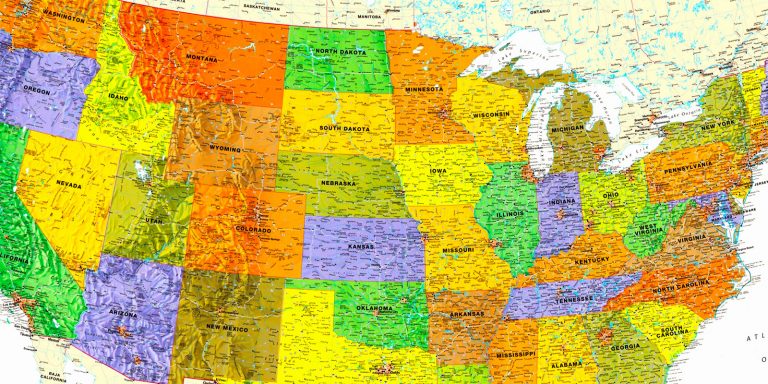 Half of the states changed their capital at least one time. Check out all the former capitals and arbitrary judgments on whether their demotions were good or bad decisions.

Half of the states in this country have different capital cities than they used to.

No state has changed its capital city since 1910 (when Oklahoma did) — but up until that point, capitals were tremendously fluid. I did some research into the 25 states that changed their capital city after they were admitted to the U.S., then I compiled all the results — and judged whether they made good or bad decisions. (In my own arbitrary view, naturally.)

Here are the 25 states that changed capital cities, and whether or not they screwed up in the process…

Verdict: Bad decision. If they’d just left the capital in Tuscaloosa, Nick Saban could be the official governor of the state — not just 100x more powerful than him. (Or her.) (Just kidding. Don’t even have to look that one up.)

Verdict: Bad decision. If it had stayed in Vallejo, E-40 could’ve been our celebrity governor instead of Arnold Schwarzenegger.

Verdict: Good decision. I guess they went with Hartford because it’s more centrally located, although that seems a bit unnecessary for a state that’s only slightly larger than a Sam’s Club.

Verdict: Bad decision. Recently, Delaware became the only state you can’t get to via a commercial flight; the final airline with flights there, Frontier Airlines, stopped their service to New Castle Airport in Wilmington in late June. If New Castle had remained capital, maybe that wouldn’t have happened — and then maybe I could’ve one day achieved my dream of flying to Delaware to visit a screen door factory.

Verdict: Good decision. It’s a state capital, not a doobie.

Verdict: Bad decision. If they were going to let a bunch of random Illinois cities with goofy names get a shot, why not give a little taste to Bourbannais?

Verdict: Good decision. I mean, the city is called Indianapolis, it’s dead center in the state, and it was specifically founded and engineered to be the state capital. It would’ve been too much of a slap in the face not to pull the trigger on moving the capital there.

Verdict: Good decision. I’ve spent exactly one night of my life in Iowa City and I saw approximately 275 bar fights. From that large sample size, I can conclude that the University of Iowa is the home of ruffians. Des Moines must have fewer ruffians.

Verdict: Good decision. They tried damn hard to make New Orleans the capital — but if it didn’t take after three attempts, maybe it was wise to permanently move it to another, calmer city.

Verdict: Bad decision. I feel for Portland, which was the namesake of the “other” Portland but gets far less press.

Verdict: Good decision. According to what I read about this transition, there were two main justifications: (1) Lansing was centrally located and (2) people were worried that Detroit was too close to Canada and that might make it vulnerable to an invasion one day. Who could possibly disagree with the latter?

Verdict: Bad decision. Natchez was a more vibrant city, but there was a push to find a spot for a centrally located capital. Jackson got the call, even though it it was only 110 miles or so away from Natchez and not all that central. Seems like the capital was moved for the sake of moving.

Verdict: Who cares? I’ll be deep in the cold, cold ground before I worry about Missourah’s capital.

Verdict: Good decision. I once had a major work conflict with a guy who went to that prep school in Exeter and, from that moment, I’ve adversely reacted to the school AND the city.

Verdict: Good decision. In New York’s defense, they had to keep moving the capital around for a while because the British kept attacking it wherever it happened to land. As for picking Albany over New York City, I like that too — NYC was going to get its shine regardless, might as well throw another city a bone.

Verdict: Bad decision. Raleigh was only incorporated and designed to be the capital because it was inland — which meant it was safe from a naval attack. There were plenty of other cities that already existed that fit that reductive criteria.

Verdict: Good decision. Growing up in Ohio, I went on school trips to all three of the above cities. Columbus is the no-brainer pick of the three due to its lack of gift shops with “Ye Olde” in their names.

Verdict: Bad decision. Guthrie was apparently a big deal city, but as soon as it showed a few signs of weakness, its status as the capital was snatched away — which just accelerated its decline.

Verdict: Good decision. At least they didn’t go with Pittsburgh.

A rotation of Providence, Newport, East Greenwich, South Kingstown and Bristol from 1776-1853
Providence and Newport from 1853-1900
Providence from 1900-present

Verdict: Bad decision. There are only 39 total cities and towns in Rhode Island. They were only 34 away from letting them all get a taste of being the capital; why stop?

Verdict: Good decision. If the capital had remained in Knoxville there wouldn’t have been room to build the sun sphere.

Verdict: Good decision. To properly represent a large swath of citizens, the capital basically had to upgrade from the tiny town of Windsor to the bustling metropolis of Montpelier.

Verdict: Good decision. Williamsburg is already the most dreaded family vacation spot in the country. If immersive history trips there also meant spending a day touring a sterile capitol building I can’t imagine how kids would take it.

Verdict: Bad. After bouncing back and forth between Wheeling and Charleston, the people of West Virginia got to vote on their location of their capital — and Wheeling wasn’t even on the ballot. (The choices were Charleston, Clarksburg and Martinsburg.) I believe that’s how Pyongyang became a capital too.