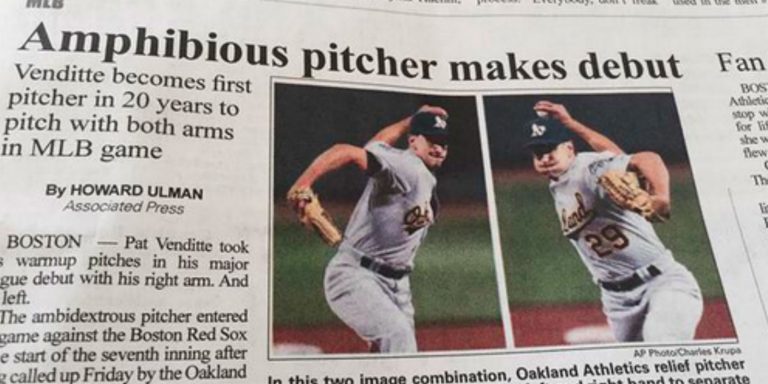 A newspaper headline made a rare baseball feat way rarer.

The Oakland A’s got a lot of attention this weekend when they called up Pet Venditte, an ambidextrous pitcher. Major League Baseball hasn’t seen a “switch pitcher,” who can throw both left- and right-handed, in two decades. (Greg Harris of the Montreal Expos was the last to do it, in 1995.)

Venditte got into his first career game on Saturday and pitched two scoreless innings.

The media was excited for this rare feat. The East Oregonian newspaper decided to make it even rarer. 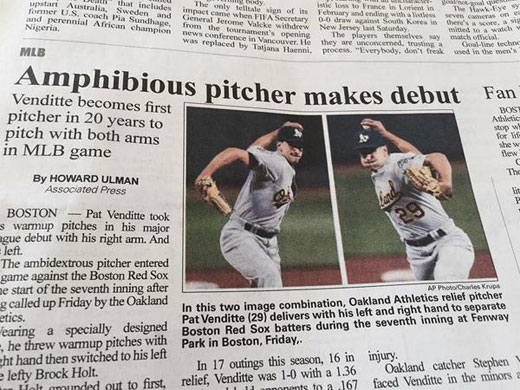 He can catch pop flies with his tongue.

At least he’s comfortable coming into a game with ducks on the pond.

When the catcher holds up the signs for him, it’s one if by land, two if by sea.

He made history when he toad the rubber.