From mixed vegetable to coffee to maple syrup, the unusual history of totally random Jell-O flavors.

I was recently enjoying — well, not enjoying, but perfunctorily eating — a small container of sugar free Jell-O, and for a brief moment it whisked me back to a time when I loved Jell-O. I mean, Bill Cosby was the spokesman, who could resist?

Anyway, I got down a Jell-O rabbit hole (first time that phrase has ever been used?) and somehow wound up stumbling onto various horrifying varieties they’ve introduced and subsequently discontinued over the years. 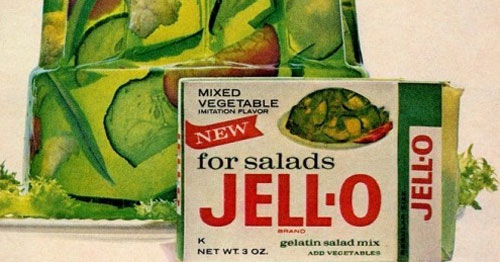 These flavors debuted in the 1960s, when it became so popular to incorporate Jell-O into salads that a few flavors were manufactured specifically for that purpose. (I’ll get into a few others later on the list.) It seems, however, that might’ve been a fatal overdose to the concept — and now both the vegetable flavors AND the Jell-O-in-salads trends are dead.

A recipe exists in the South for “Coke Salad,” which combines Jell-O and Coca-Cola. And probably pimento cheese, although that’s unconfirmed. Eventually Jell-O tried to capitalize by combining both into one flavor. While that didn’t kill the idea of Coke Salad (like the vegetable Jell-Os did to their parent recipes), the flavor came and went within the span of 1942. 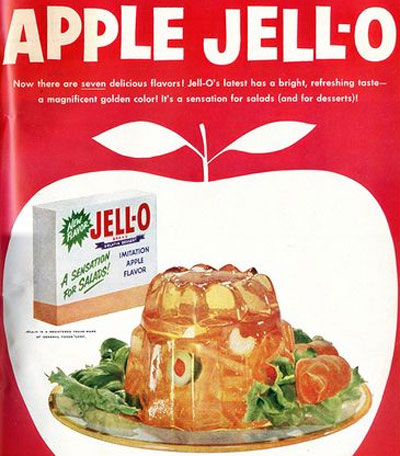 “Imitation Apple” sounds terrible, especially through the modern “no on GMOs“/”yes on organics” lens. But apparently, when this flavor was introduced in the ’50s, imitation wasn’t a pejorative term — in fact, it was a *marketing* term. People were so enamored of futuristic technology that the ability to create an “imitation apple” flavor in a lab was lauded.

Maple syrup flavor is extremely hit-or-miss. Seeing as I couldn’t even find a picture of a box of Maple Syrup Jell-O preserved anywhere on the Internet, I’m assuming it fell hard into the “miss” category. 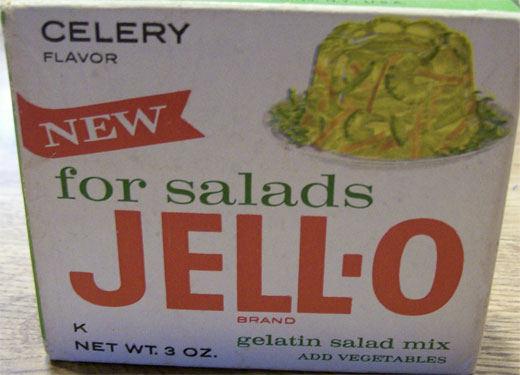 Another of the ’60s salad Jell-Os. And arguably the one that could still have a niche appeal today, as part of mixologists’ Jell-O shots.

Plain gelatin has a usefulness in cooking. (I assume. I saw an article say that and I took it at face value. I don’t really know anything about cooking.) But Plain Jell-O has no usefulness. 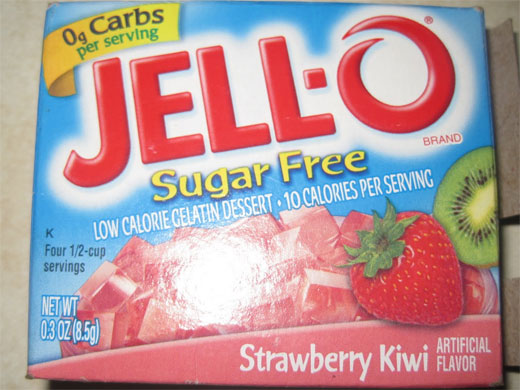 This is the last of the vegetable Jell-Os, although this one took it even further: It was flavored after pasta and dressing. Somehow that sounds even more unsettling than celery. 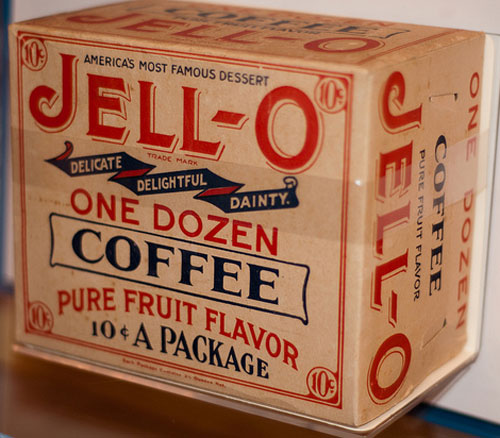 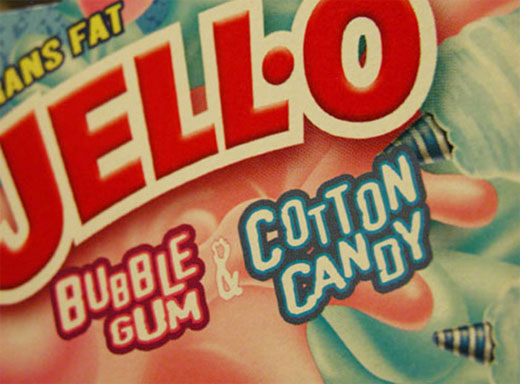 This dual flavor (what is this, Nerds?) is the most recent elimination from the Jell-O line. Apparently it’s finally become too unfashionable to try to entice kids with sugar remixes.

Just think: If it hadn’t been discontinued, maybe your friend from back home’s mom who’s a nurse would’ve helped deliver twins named Lemonjello and Limejello.