I was listening to my old Beau Revere tape yesterday. Not only did it make me think that Zack Morris is a blonde Tom Cruise, but it also made me want to write this list. 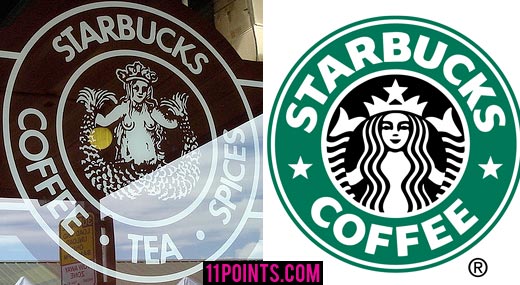 I put together the graphic above using the original Starbucks logo — to show its real origins. (It’s based off of a 15th century drawing of an ancient Greek two-tailed mermaid siren.) Yes, one of the most ubiquitous logos in world is actually showing a mermaid spreading her fish legs and holding them by those… what do you call ’em? Oh, feet. 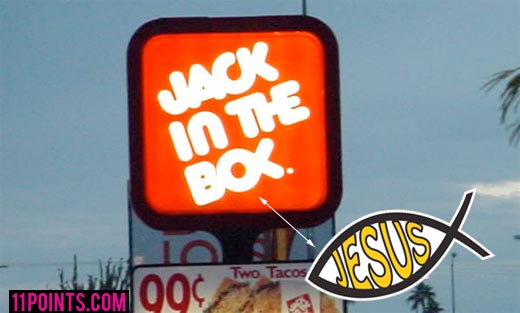 Because only Jesus would be able to figure out a way to sell two tacos for 99 cents and still make a profit. (And that’s not a Jewish joke. It’s more of a “I bet there’s a lost book of the New Testament where Jesus turned sand into low-quality ground beef” thing.)

I remember when Pepsi introduced these cans in the summer of 1990. I’d just finished fifth grade and I was at a summer camp at a really amazing place in Cleveland called Cain Park, and one of the “bad” kids told me that there were new Pepsi cans out that spelled out “S-E-X.” Of course, when you’re 10, “sex” is such a taboo word that only the bad kids would talk about it. (At least when you were 10 in 1990. We didn’t have the Internet. If we wanted to see breasts we had to either steal a copy of someone’s dad’s Penthouse or hope that we’d see a woman breastfeeding at the public pool. I was a party to both of those events that summer.)

Anyway, my friend Matt had a bunch of the cans at his house, so I told him about this rumor and we spent an entire afternoon trying to configure the cans to spell “sex.” We finally did arrive at the arrangement you can see on the right side of the graphic above and agreed that was “probably” it.

The point: You know you went too subtle with your subliminal advertising when two boys on the verge of adolescence can’t really find your hidden sex message. So this was either accidental on Pepsi’s part, or a case of refined subtlety. I’m guessing it was option A.

4 | Toblerone – but did you see the dancing bear? 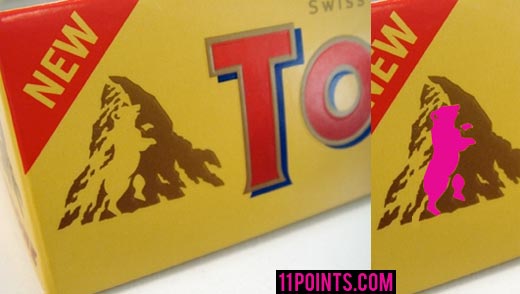 This pro-bear agenda is the reason I have $5 deducted out of my paychecks to pay a bear tax. Let the bears (and, I guess, by extension, Toblerone) pay the bear tax. 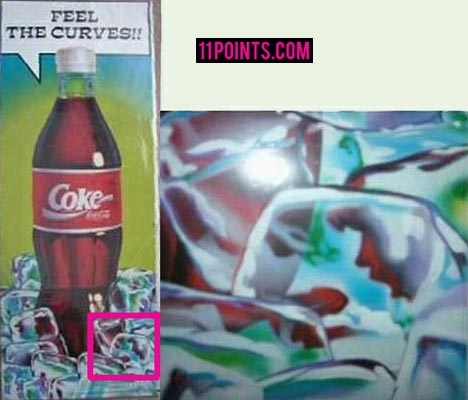 This is very real and very intentional. Back in 1995, a small advertising firm in Sydney produced this ad to reintroduce the Australian market to the curvy Coke bottle. And an artist slipped a picture of a blow job into one of the ice cubes. Someone noticed, and Coke had to recall more than $200,000 worth of advertising.

All that being said — it’s still way less offensive than the taste of Diet Vanilla Coke.

The above graphic is based on one I found on a website that dissects the Freemasons’ anti-Islamic agenda. Really.

(Quick tangent: Is there any group left out there that *doesn’t* think the Freemasons are out to get them? I just don’t think the Freemasons are who people think they are. I was at a Masonic lodge once, to see a friend get sworn in as the president of their youth group chapter. It was like an Elks club, just without wood paneling. The masons were just a bunch of middle-aged men with bellies who served day-old baked goods. It’s hard for me to imagine them waiting until all the guests left than congregating in the back and secretly devaluing the Swedish kronor or something.)

Anyway, the people at the website believe the iconic Coca-Cola logo was designed to contain a hidden anti-Islamic message — ya know, if you look at its reflection, read Arabic and are willing to meet them WAY more than halfway.

OK, I know this was a vintage ad, so who knows if it was intentionally dirty or not. (It was from the post-Mad Men and pre-American Pie era.) Here’s what I do know: Someone, somewhere along the production line should’ve at least raised a quick red flag. I know I would have… and I’m NOT the only pervert in this world. 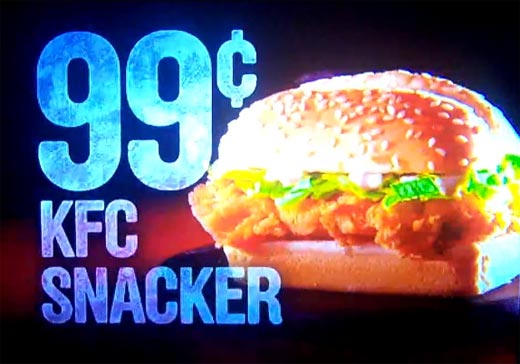 This is from a KFC commercial where, if you pause it at the right time, the lettuce in their sandwich turns to cash. Anyone drawn in by this was no doubt wholly disappointed when they got to KFC, ordered a Snacker and found out that a dollar bill as approximately three times longer than the sandwich itself. It’s more the size of two shiny quarters.

I’m more of a fan of a Barry sex-plosion — which, of course, is when a woman is turned on by silky deep voice of the late Barry White. 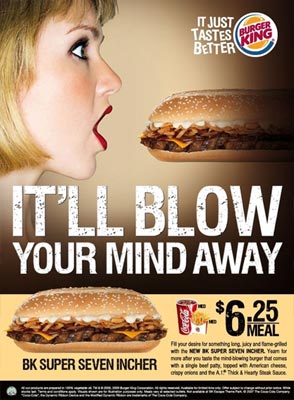 I mean… come on. I know we live in a culture where 2,000 things simultaneously compete for people’s attention… but at least TRY not to punch us in the face with your hidden sexual message. I’m just glad they didn’t follow this same advertising strategy the next time they introduced a new fish sandwich. 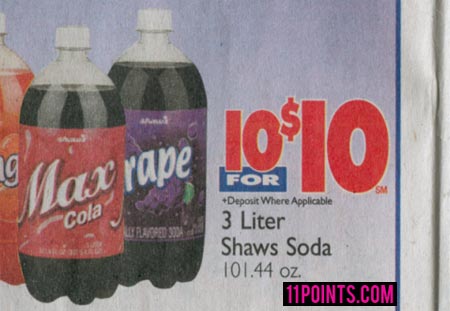 To quote the top candidate for viral video of the year — hide your kids, hide your wife, hide your husband, ’cause they rapin’ everybody out here.”