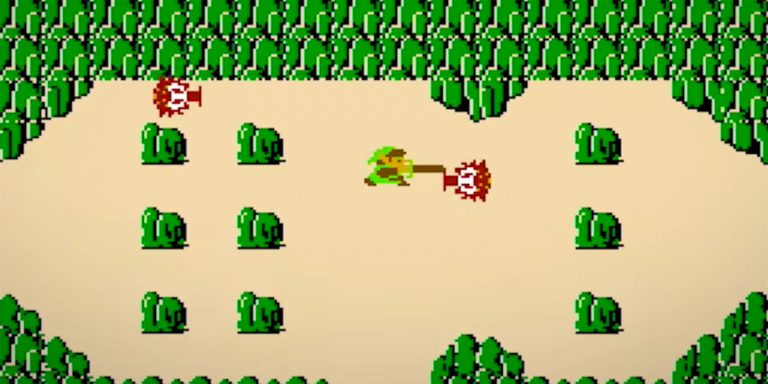 Zelda is a tough game — and these 11 characters make it even tougher.

Today is the 25th anniversary of The Legend Of Zelda. It was released for the original NES on February 21st, 1986. It remains an undisputed classic to this day. Even if, throughout the past two-and-a-half decades, it’s been the Scottie Pippen of Nintendo franchises.

(To extend that metaphor, Metroid would be Horace Grant (clear third)… Kid Icarus would be John Paxton or Steve Kerr (excellent little white guy who couldn’t carry the flag)… Startropics would be Bill Cartwright (eventually no one would pass him the ball)… Tetris would be Toni Kukoc (Eurasian import that could more than hold its own)… and Dennis Rodman is the unreleased experimental WiiWare game Mike Tyson, Kirby, and Waluigi Take Shrooms Then Try To Recreate Famous Post-Impressionist Paintings.)

In order, building up to the biggest a-hole of all… 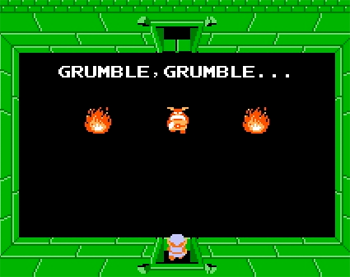 The nerve of this guy. You can’t get past him unless you give him food. And not just any food. Special food you have to buy at a store, outside of the dungeon. It’s like this guy is going to bend you over a barrel to get an overpriced piece of mutton. Without even a consideration that if you buy him dinner, he should think about putting out. Or, at a minimum, give you the courtesy of a reach-around). 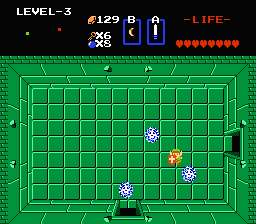 I never liked these guys. They just circle around, looking fairly innocent, and don’t do any damage when they hit you… except they make it so you can’t use your sword. Until you touch one of them again. It’s like they’re playing the world’s worst game of freeze tag. Or singing one very, very repetitive remix of the Casper Cha Cha Slide. 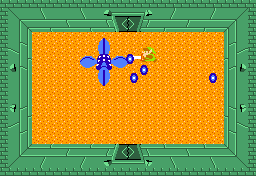 I love old NES character names. “Manhandla.” It’s a name that feels like it could be straight out of the J.K. Rowling school of “add an ‘a’ to the end of a word to make it seem mystical.” Anyway, between his four pinchers and increases in speed and everything, this guy was a dick.

8 | The aggressive and overpriced shopkeepers 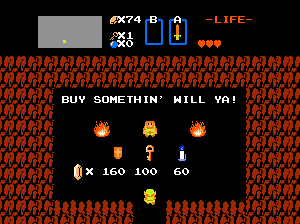 Some of the Zelda shopkeepers are reasonable; but the guys who have inflated or slightly inflated prices and then berate you with “Buy something, will ya!” are terrible. It’s like the whole bodega experience somehow magically transferred from New York to Hyrule. (“Hey, bro! Bro! You want coffee maker? I sell you coffee maker. $300. Where you going? You just come here to waste my time? Not cool, bro.”) 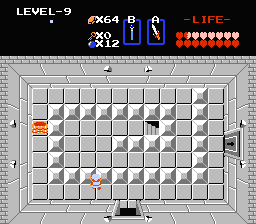 I always thought these guys looked like a mix between a half-eaten piece of cake and a half-eaten hamburger. I think they’re supposed to be gelatinous blobs, but that kind of got lost in 8-bit translation.

These guys place mid-list because they were slow enough to usually be easy kills… but of one of ’em caught you and started eating you, he’d take away (and, I guess, digest) your expensive magical shield. That’s a pretty steep penalty for bumping into a half-eaten cakeburger. 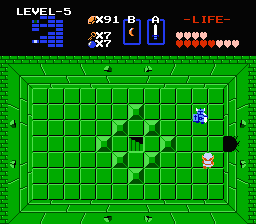 These guys were just so damn hard to kill. Armored from neck to toe, you could only hit them from certain angles or their shields and gear would block your sword — and they could hit you from any angle and inflict a lot of damage. It was also hard to really get a good angle to attack one because they walk in incredible erratic patterns. Like they’re drunk. Or trying not to leave a trail. Or dancing like a nine-year-old who just ate a whole mess of sugar. 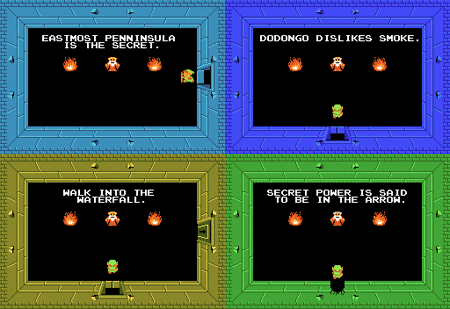 I feel like it was impossible to beat Zelda without having some kind of Nintendo-sponsored strategy guide. One of the big reasons: The in-game advice was completely useless. If you were trying to beat the game without even peeking at hints, the advice this old bastard gives out wouldn’t be worth a thing.

“Dodongo dislikes smoke.” You’d have to realize that dodongos don’t dislike smoke, they dislike bombs. Which, yeah, make smoke. But so does the candle. So does the magic wand (when you have the magic book). Useless.

That’s just one example. Of course, my favorite still remains “Eastmost penninsula is the secret.” Not only is penninsula spelled wrong, but to this day, 25 years later, nerds and super-nerds still disagree on which secret he’s referring to. 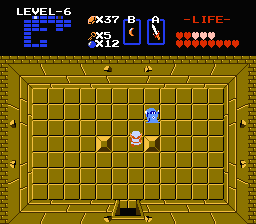 I always found these guys to be the most difficult dungeon enemies. Basically, if you were in a room with a bunch of them, you were going to lose some life. They fly around quickly, even through solid surfaces, and fire long-distance magic spells. Painful magic spells. Not Avada Kedavra-level spells, but definitely Cruciatus Curse-level.

These guys freaked me out. Totally made me afraid of ghosts. Meanwhile, the radio and movies were filling my head with propaganda that I shouldn’t be afraid of no ghosts. Really messed with my young mind. 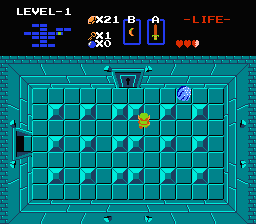 That damn hand. Just when you’re making good progress through a dungeon, one of these hands appears out of a wall, grabs you, pulls you into the wall, and transports you back to the beginning of the level. That’s possibly the world’s worst-case glory hole scenario. 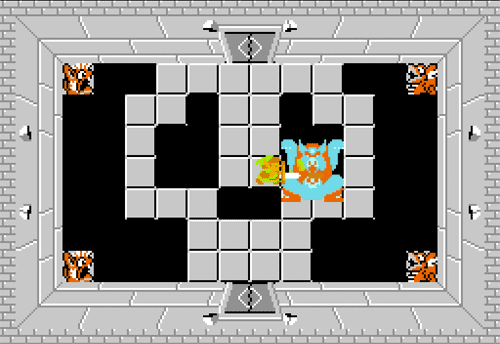 Yeah, yeah, he’s the embodiment of evil and the impetus for the whole game and such. So he gets this spot. I can’t give him the top spot because, until the very end of the very last level, he doesn’t actually do anything. And then when he does show up, it turns out he’s a green pig. He’s not even half-man and half-bear, too. Just a pig. There are so many things in this world more frightening than a green pig. Plus you don’t even get that great of a look at him because he keeps disappearing over and over. That trick made Keyser Soze more evil; it makes Ganon the Green Pig lose a lot of his ummph. 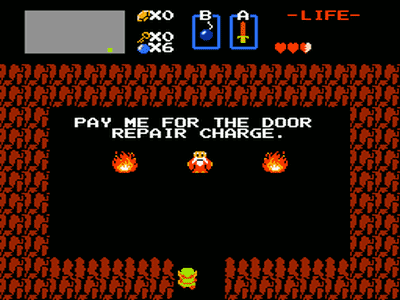 So you’re wandering around the Hyrule overworld. You’re indiscriminately bombing, setting fire, and blowing the whistle — just hoping you stumble upon a secret room. And lo, you’ve bombed a wall and a hidden door has appeared! You even hear the little jingle Zelda plays when a secret is uncovered.

Giddy, you guide Link through the door, eagerly anticipating what surprise lies on the other side. And it is… a guy who says, “Pay me for the door repair charge.” Then he extorts 20 rupees from you without permission and sends you on your way… despondent, defeated, unfulfilled.

While I believe that these kinds of kicks in the gut did help toughen up my generation… getting hit with door repairs would usually be enough to make someone throw down the controller in disgust. And then — gasp — he might even stop playing video games for the day and go out and play in the sun.

That blood is on your hands, door repairs guy.

11 Angry Birds Characters That Make Me the Angriest

11 Awkward Moments With Swastikas and Hitler In Video Games