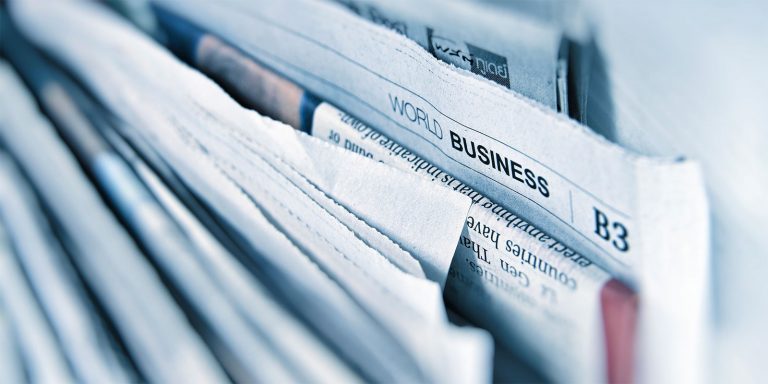 A good headline at least leaves something to the imagination.

Every time I do a list about newspapers doing hilariously dumb things (like 11 Hilarious (and Very Necessary) Newspaper Corrections or 11 Great Moments in Police Blotter History), I lament the fact that newspapers are on a crash course with extinction. Without the immediacy of the Internet, the disregard for ethics and proper reporting of the blogs, or the classifieds — and prostitutes — of Craigslist, the print media simply isn’t viable in the modern world.

And that’s sad for many reasons… but today, I’m going to call it sad because it means that, one day, there will be no more printed stories like the ones below.

So let’s all channel our inner Jay Leno for a moment and enjoy these painfully, and hilariously, obvious newspaper articles. (You can also make your voice high-pitched and say, “So I hear President Clinton’s in the newths again. Have you seen this? Have you heard about this? Yeah… watch out interns!”)

The first of these strategies is very, very intuitive…

…but the second one, thanks to a typo, takes the same basic advice to an entirely different place. (It also seems like it isn’t very tactful advice to give to “older adults.”) 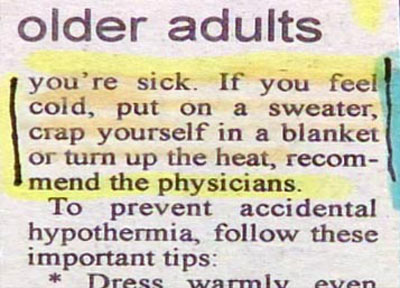 2 | OK, follow-up: So what makes a billionaire? 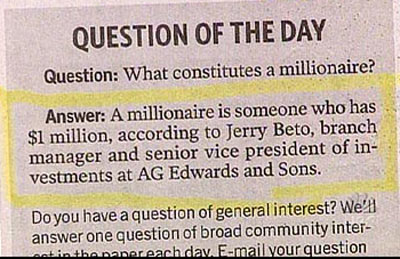 My favorite part is that they had to go to the senior vice president of investments at AG Edwards and Sons to get the answer to this question. They couldn’t think of a simpler way to find what they were looking for? 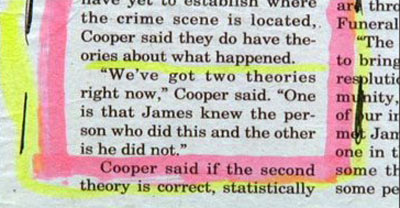 I’d actually be curious to see if they could come up with a third theory.

4 | The big difference between sinus infections and jellyfish stings

Sometimes I think people are just looking for reasons to get doused with urine.

5 | Talk to me about pregnancy for a second

I have four different ones on pregnancy… it just seems to be supple, supple ground for Yahoo Answers-level discourse. 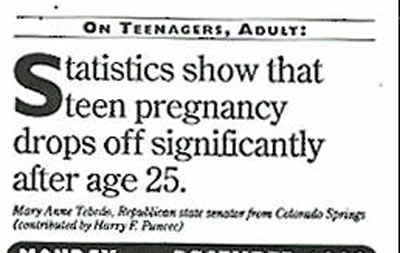 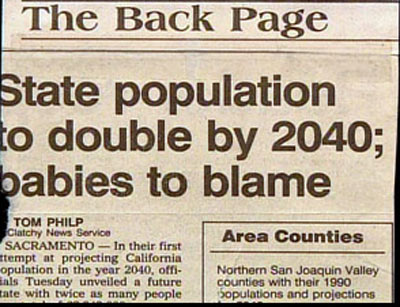 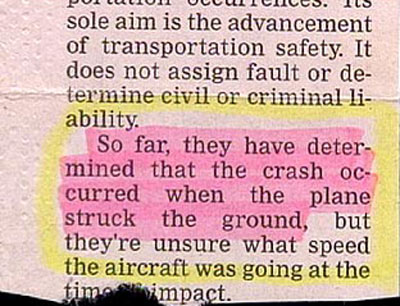 I’ve re-read this one over and over, and I’m still not exactly sure why they chose to print that sentence. I just can’t figure out what purpose it ever could’ve served. 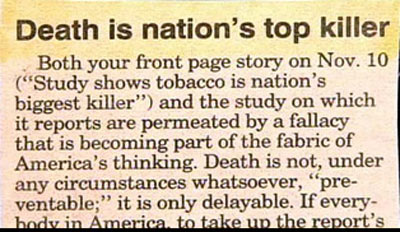 8 | Women really are quite responsible

It’s funny, because guys are always diagnosing other guys with strained and/or sandy vaginas. With just a little more preventative care those could probably be avoided.

Ya know, I learned that dead men tell no tales on the Pirates of the Caribbean ride at Disneyland a long time ago.

10 | One of these wishes is not like the others 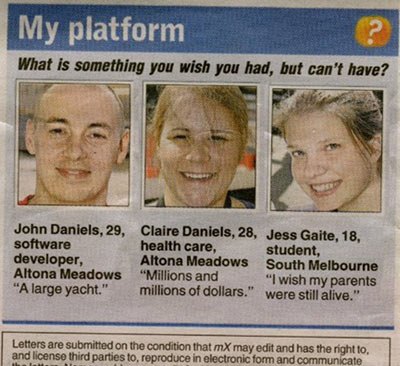 I guess it really is the most obvious thing to wish for (other than a billion wishes).

It’s like forming a committee to analyze if you’ve got too much bureaucracy. Or going to a brothel to get a second opinion on whether you’re a sex addict.