At the climax of WarGames, the computer spits out a bunch of “end of the world” scenarios. These are the oddest ones.

I’ve been a huge fan of WarGames ever since my friend Andrew showed it to me on VHS in the late ’80s. Sure, even back then the technology featured in the movie already seemed dated… but the story was so damn seductive to me back then, and remains that way today.

To fill you in, WarGames is about a kid who hacks into the government’s war simulating computer… and inadvertently almost causes a nuclear war (and Armageddon) between the U.S. and the Soviet Union.

At the end of the movie, there’s an iconic scene where this computer simulator teaches itself (and everyone else) a lesson. It starts simulating every possible Global Thermonuclear War scenario it can think of — and showing how, in every case, there is no winner — just complete global destruction.

My friend (also named) Sam proposed that I go through, examine all of the war scenarios that rapidly flash on screen, and find the hidden gems. Before he could even finish the idea I was already pulling the movie up on Netflix.

So here are 11 of the strangest end-of-the-world nuclear war scenarios that the computer dreams up in WarGames. 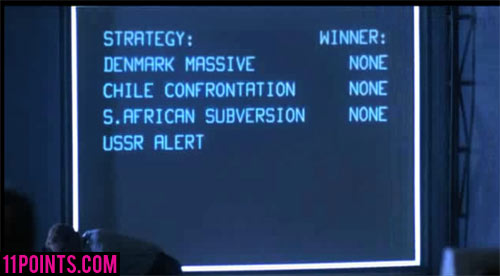 Call me crazy, but if there’s going to be a “Global Thermonuclear War” that results in complete extinction, I just don’t think the epicenter is going to be Denmark. Last time I checked the world’s superpowers aren’t fighting over Legos. 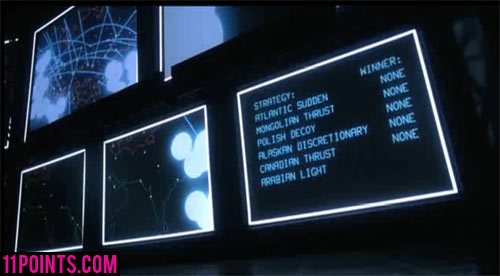 This sounds more like one of those made up deviant sexual things, like a Cincinnati Bowtie or the Arabian Goggles. The Canadian Thrust probably involves some combo of surprise sodomy and trying to evoke a Celine Dion-esque high note. 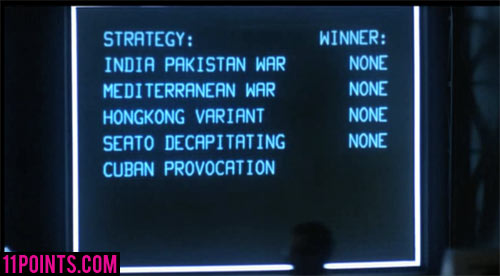 Of the hundred or so scenarios that show up, this is the only one that’s called a “decapitating.” There are plenty of strikes, options, surprises, attacks… but only one decapitating. Especially surprising that they whipped it out against the Southeast Asia Treaty Organization… which was dissolved six years before WarGames was filmed. Seems like it would be hard to behead that which has no head.

(And don’t start getting into it with me that when Dr. Falken was programming the Joshua simulations it was several years earlier so SEATO was still around. I refuse to believe that the production design intern who typed in these fake scenarios went that deep into the logic behind his choices. As you’ll see later, he didn’t even bother to run a spell check.) 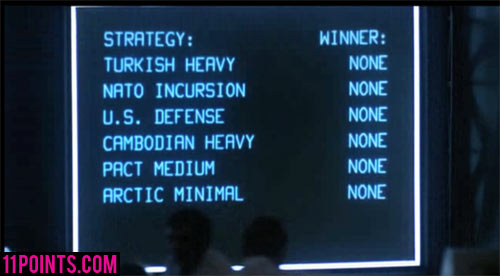 Even minimal aggression directed at Santa Claus could provoke him to unleash his secret supply of WMDs. 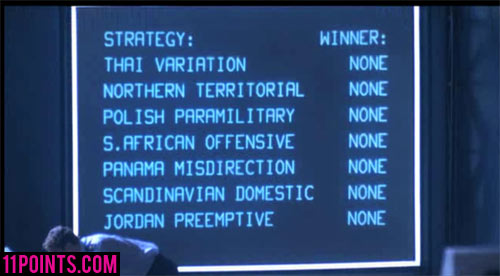 Q: What did the Polish solider say during a paramilitary strike? A: These guys sure don’t look handicapped. 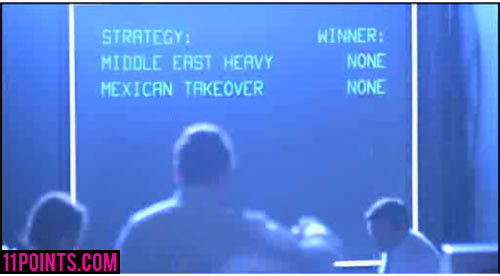 I’ve been to El Paso. This scenario is no joke — Mexico’s takeover is happening for real. (Still, I don’t know if it’s going to lead to a nuclear war. Just a lot more George Lopez movies.) 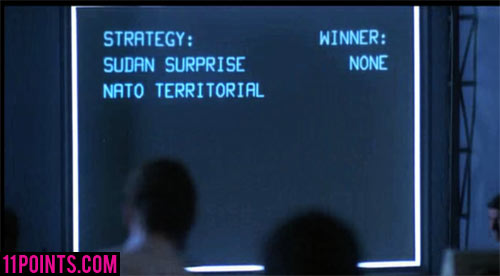 The only Sudan surprise I know is when you think you’re shooting a hook shot at the Ghana basket to bribe a security guard to somehow sneak your girlfriend on Jeopardy! and they bait-and-switch you into taking a much more difficult hook shot at the Sudan. 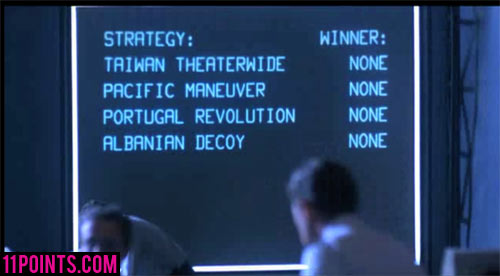 According to Wikipedia (so, maybe, according to reality), Portugal already had a revolution, about a decade before WarGames was made. It didn’t result in the planet being destroyed… and no one’s mentioned Portugal since. 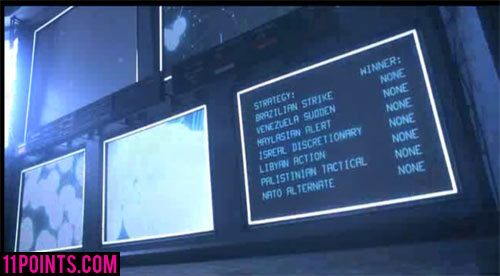 Apparently the computer forgot to run spell check on this screen’s worth of nuclear war scenarios. 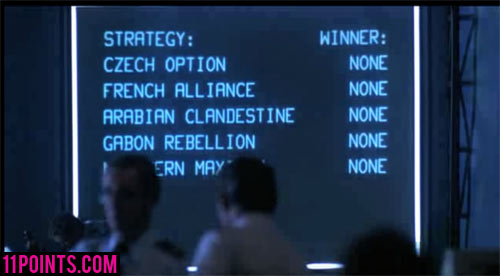 Is this a subtle dig that aligning ourselves with the French is going to be the precursor to World War 3? Because, magnifique! (Alternatively, I was thinking, it could be the name of a Survivor Series tag team of Dino Bravo, the Earthquake and the Fabulous Rougeau Brothers.) 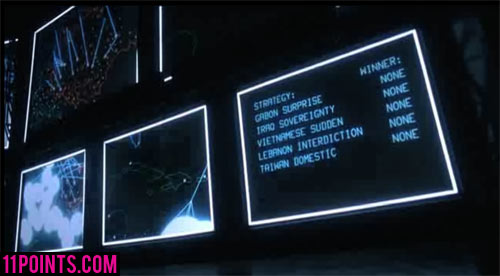