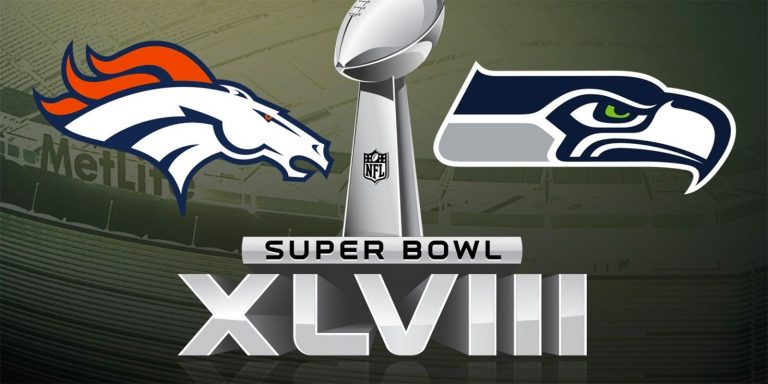 For the fifth year in a row, I put $121 on 11 of the dumbest Super Bowl bets I could find — from National Anthem tears to snow during the game to Peyton Manning’s Omahas.

In other words, I’ve improved every year both my record and my payout. There’s a tremendous amount of pressure on this year. Arguably more pressure than the guys actually playing in the Super Bowl.

As always, I made my once-a-year dive into the world of online sports books. Once again, they offered crappy odds with sketchy rules. And once again, I invested $121 into the 11 dumbest Super Bowl bets I could find.

There’s a lot of focus on the weather for the Super Bowl because small talk is the new actual talk. Oh, and because the polar vortex — which, legitimately, was the name of a Blizzard knockoff at an ice cream shop where I grew up — is threatening to make this outdoor, cold weather New Jersey Super Bowl into a snow-wrecked mess.

And I’m sure it will be cold (more on that with another bet). I’m certainly glad to watch on TV. But snow? I don’t see snow. The weather forecast when I bet had it at a 20 percent chance of snow, and even though the weather forecast is only slightly more scientific than randomly picking out of a hat, that embiggened me with confidence.

2 | How long will it take Renee Fleming to sing the National Anthem?

Step one: Find out who Renee Fleming is. Be right back.

Anyway, there’s no way an opera singer is going to go short on the anthem. She might hold the last note alone for 2:25. I’ve won four out of the past five years by picking the over (and my one loss was by a fraction of a second due to Christina Aguilera forgetting one of the words); I’m not breaking that streak.

3 | Will Renee Fleming wear gloves when she starts singing the National Anthem?

It’s probably going to be in the high 20s or low 30s right before kickoff. I’m pretty sure she’ll wear gloves. And, if I know anything about opera — which I DO — also a viking helmet.

4 | Will Knowshon Moreno cry during the National Anthem??

Knowshon Moreno, much like Billy Bob in Varsity Blues, is a bit of a crier. He cried earlier this season before the Broncos played the Kansas City Chiefs, and later said his tears, quote, “were just the emotions of the game and being so blessed to play it.” If you’re gonna cry before a regular season game in the middle of your fifth NFL season, you might spontaneously combust before the Super Bowl.

5 | Will the power go out in the stadium during the game?

Last year, if you remember, the power went out at the Superdome in New Orleans during the Super Bowl. It opened up Twitter to an avalanche of jokes about The Undertaker making his entrance AND about the troubling lack of vamping skills displayed by the CBS studio team. There are 45 of you sitting at that table, somebody say something.

I would’ve bet no — I mean, really, the power will never go out at the Super Bowl again — but the fine bookies of Antigua or the Rock of Gibraltar or wherever this online sportsbook is didn’t offer that.

6 | Which female sideline reporter will be seen first on TV after kickoff?

Erin Andrews would be the popular pick because she’s the hot young stud, but I just don’t see it. I think she’ll cover the Seahawks — who might say or do something crazier than the Broncos –so she’ll go second. Pam Oliver will get the Broncos and go first.

[Edited: I found out just after publishing this that I was wrong. Pam Oliver is covering the Seahawks and Erin Andrews has the Broncos. Oh well. All my logic is busted but my bet was my bet. So now I’m just rooting that I flipped the coin right.]

7 | Will any member of the Red Hot Chili Peppers be shirtless during their halftime performance?

Are you kidding? They’re more likely to go shirtless than a painted up fan. Weather does not concern them. If this bet had been “Will EVERY member of the Red Hot Chili Peppers be shirtless during their halftime performance?” I would’ve considered going with “yes.” As the bet stands, I only need one of ’em to do it. Come on. Free money.

If you’re unfamiliar, the fans in Seattle are known as the “12th man” (not to be confused with Texas A&M’s fans, who are also called the 12th man, and Kadeem Harrison, who was The Sixth Man). Some of them even wear Seahawks jerseys with the number “12” and the name “FAN” on the back. You can see those jerseys at places like amusement parks and Applebee’s when the Seahawks are having a good season.

I see the commentators mentioning it once — perhaps when Denver has a false start and they note that Seattle draws the most false starts at home thanks to their fans, so “maybe their 12th man came with them to the Super Bowl too.” You know, generic pablum like that.

9 | What will Bruno Mars be wearing on his head at the start of his halftime performance?

This is a tough one, since Bruno Mars sure does love douchey hats. Ultimately, I settled on no hat. The 2012 Grammys are considered his big breakout performance, and he went no hat/yes pompadour for that. I feel like he’s going to want to do the same thing at the Super Bowl; clearly the biggest performance of his career. Plus, you can’t go from hat to no hat over the course of a performance — but you can go from no hat to hat. And this bet only covers the start of his performance.

I’m going with $11 on no hat, since it would so severely limit his other options, with a potential payout of $27.50.

10 | How many times will Peyton Manning say “Omaha” during the game?

The Peyton Manning “Omaha” craze has already jumped the shark a bit — stories on whether Omaha Steaks should sponsor him pretty much secured that — but he just won’t stop yelling it. Also, I’m not sure he knows about the Internet, so it’s entirely possible he has no idea about how much faux-hype surrounds it. He yelled it 44 times during the AFC Championship, so the 27.5 o/u level seems low.

11 | What will be the lowest temperature during the game?

Right now, the low for the day is 27. Since I bet no snow earlier, I’m staying consistent. The Super Bowl will be cold but not so brutally cold that the weather becomes the lead story. The NFL has way too much Luck O’ the Evil for that to happen.