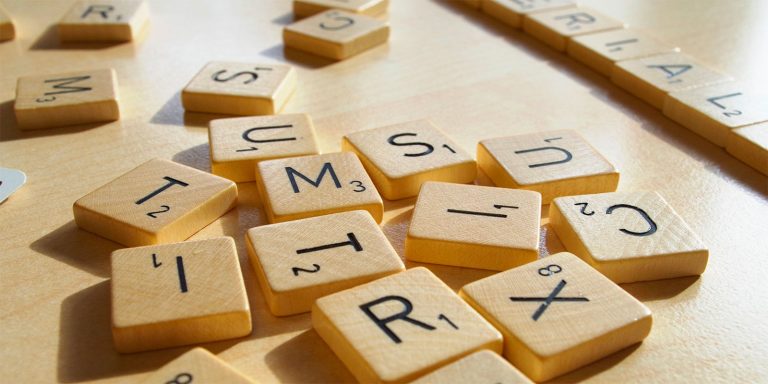 A wave of Nigerian Scrabble masters and advanced statistics have found that big words are not the key to success.

When you’re playing Scrabble, or Words With Friends, or the (real but absurd) board game version of Words With Friends, you probably employ the strategy that seems unflappably logical: (1) try to make big words with as many letters as possible, scoring mad points in the process and (2) try to keep your opponent from getting to put tiles on the most lucrative squares.

The second part is right. But the first part, it turns out, is wrong. Much like conventional baseball wisdom was undone by deep statistical analysis (all of which Brad Pitt figured out while eating), conventional Scrabble wisdom has now been similarly flipped.

And it’s all thanks to the biggest hotbed of championship-level Scrabble in the world: Nigeria.

Up through the mid 2000s, Europeans and Americans dominated the world Scrabble scene. And that makes sense, since the championships use English language Scrabble and those two regions invented and improved/mangled English, respectively. But then something strange happened: Players from non English-speaking countries, like Nigeria and Thailand, started rocketing up the rankings.

They held an advantage that doesn’t outwardly seem like an advantage: A lot of them didn’t know English.

Rather than using robust vocabularies to win at Scrabble, many of them just memorized the combinations of letters that made up words — without knowing or caring what those words meant. That took the English speaking bias out of it. While an American/British player is predisposed to use a word that’s familiar, the non-English speakers could optimize their letters via arcane words. Like kwijibo, but real.

They also brought another revolution: Shorter words. The Nigerian players couldn’t hang with the massive eight- and even nine-letter words the championship-level English speakers would use, so they stuck to shorter words. Those had a defensive advantage, as they kept the board tight and the triple bonus squares harder to use. It was like a basketball team that knows it’s overmatched in raw talent slowing the game down, limiting possessions and trying to keep things ugly.

And now, after endless statistical analysis and optimized computer players backed by modern artificial intelligence engines, it turns out they nailed the ultimate Scrabble strategy.

The key to winning at Scrabble is four- and five-letter words.

The board stays more compact, which limits your opponent’s ability to branch off and have a massive word that hits several bonus squares.

2 | With the way the board is laid out, it’s almost always possible to hit two bonus squares with a five-letter word

That makes a five-letter word the best way to maximize your offense while also keeping up your defense.

When you use all or most of your tiles, you have to draw new ones. That means there’s a risk of getting back all consonants, or a handful of vowels and crap letters. And that means you’ll have to have a few turns where you either can’t play or can only play a two-letter word. The best players strategically hang onto versatile letters and a mix of consonants and vowels to avoid those scenarios. They might even hang on to ING or ED if they can, which they could then throw onto the end of a word that’s already on the board if necessary.

4 | Over time, consistent, decent scores on four- and five-letter words add up

They add up better than a mix of big scores on big words (including the bonus for using all your letters) and tiny scores and tiny words.

Here’s a great anecdote: In the final game at the Scrabble world championship last November, a 33-year-old from Nigeria named Wellington Jighere had the chance to use all of his letters by putting “PEREIRA” on top of an S. He would’ve earned 86 points, including the 50-point bonus for using all of his letters. Instead, he put REPAIR on the S for 30 points and saved an E, just in case he needed it when he went back to his standard shorter words.

He ended up winning the championship, and his final word was FELTY for 36 points. 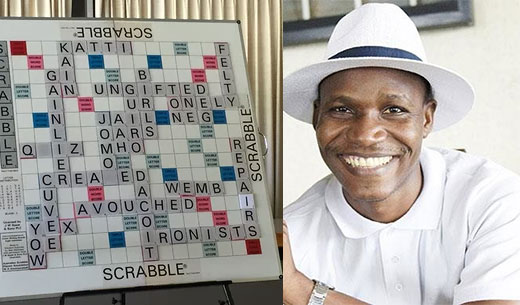 So… can this strategy help your game?

Well, much like I’ve said during discussions here on Monopoly strategy, Hangman strategy, and Rock, Paper, Scissors strategy — sure, assuming the person you’re playing isn’t reading about this strategy too.

But really, why not? Most of us are more comfortable with and have a broader knowledge of five-letter words than eight-letter words, so focusing on them could be an advantage. Going for shorter words and always hanging on to a few useful letters seems like it’s worth a test run. Even if it’s just through little tweaks, like fighting that overpowering impulse to add an S at the end of a word, it could make a difference over the course of several games.

And next up, I’d love it if this combo of Nigerian game experts and AI-based analytics could take on Yahtzee. I feel like it’s still a wide-open canvas.

11 Scrabble Words That Are Total Bullshit