11 Scrabble Words That Are Total Bullshit 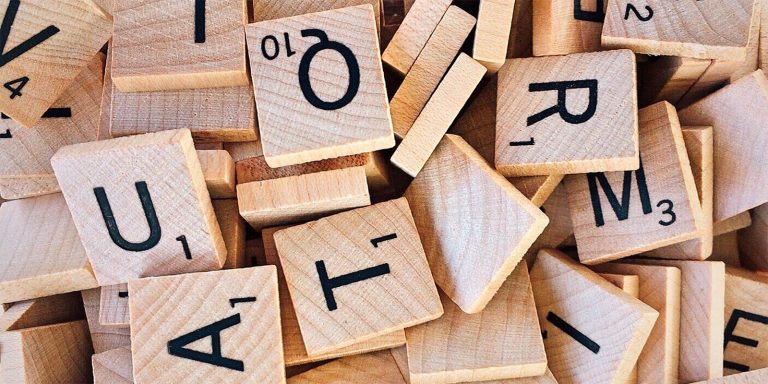 Scrabble has added a lot of words involving the letters z, q and j.

Americans like high scores. And if we can’t get the high scores under the current system, we don’t try to get better at the game… we try to change the system. It’s why they re-centered the SATs, created the Game Genie, and looked the other way when baseball players shot themselves full of enough steroids to completely eradicate Crohn’s disease.

Scrabble, too, joined that party. The list of legal words in Scrabble is not a 1:1 match with the mainstream dictionary. No, Scrabble has its own version, called the Official Scrabble Players’ Dictionary. And, over time, that dictionary grew to include all sorts of short, foreign terms that just so happen to make heavy usage of letters like z, q, x, j and k. It was hard to use those high-scoring letters with the original Scrabble system. So they changed the system.

And yes, I believe they’re probably tripping over themselves right now to get “vuvuzela” in the dictionary as quickly as possible.

Here are 11 words whose inclusion or exclusion from the Official Scrabble Players’ Dictionary struck me as crazy. It’s really just the tip of the iceberg, but I only had enough qi to find these.

(One quick note: I used the Official Scrabble Player’s Dictionary online, as that is what mainstream Scrabble players are supposed to use. I did not use the list of tournament-approved words, which is larger and includes even more patently-absurd choices like “showbizzy” and “razzmatazz.” Which I believe was Jean-Georges Peppers’s safe word.)

Apparently late ’80s stoner lingo for pizza is on the up-and-up in Scrabble. But I checked: Bodacious, cowabunga, bombdigity and dicknose are not approved. (Syke is legit, but is defined as “a small stream.”)

As in the comic book onomonapoeiatized “sound” of sleep. It’s the equivalent of Batman punching someone and making the sound “pow” or “snorg” or “kerploof.”

The weird part is that this word was ostensibly added to the Scrabble approved list for the sake of score inflation — a “z” is worth 10 points, tied with “q” for the most valuable tiles in the game. Except that standard Scrabble sets only contain one “z.” So you’d have to burn both of the blank wild card tiles to make this word — and those are worth zero points.

Meaning that “zzz” is actually worth a mere 10 points… the equivalent of non-contrived three-letter words like “key” or “axe” or “jot” or a billion others.

It’s like a school trying to inflate their kids’ grades by giving a U.S. geography test but forgetting to roll up the map… only accidentally pulling down the map of the U.S.S.R. Sure, the kids will all get Georgia right, but beyond that they’re no better off than before.

After desperately trying to come up with some two-letter words to siphon off the bitches of letters, the Scrabble linguists turned to Asia. Qi, xi, xu, ki and many others made the long boat ride across the Pacific to help make Scrabble games easier and more competitive. (Some would say communist. Some would then use that interchangeably with socialist, Nazi and liberal.)

Internet is not a word in the Scrabble dictionary. You cannot use it. I guess because it’s a considered a proper noun? I had no idea. Do people capitalize it? To channel the little Chandler Bing that eternally sits inside of me, could proper capitalization and the Internet BE any more of polar opposites?

Total bullshit word, although is my absolute favorite discovery of the whole list. Quite possibly one of the best things I’ve found in research in the 2+ years of doing this site.

A zax is a hand tool used by a slater for cutting, trimming and punching nail holes in slate. That’s right: A zax is used by a slater. I’m still picking up pieces of my exploded brain off the monitor.

These are allowed in tournament play, but have been removed from the Official Scrabble Players’ Dictionary for being “offensive.” Seems REALLY oversensitive to me. Meanwhile, “blackboy” is totally legal in the Scrabble dictionary, as it clearly means “an Australian plant.” I don’t know, man. Something there feels less Kosher than the meat that [redacted] and [redacted] eat.

What is… what people would call me in Louisiana, Alex?

(Scrabble defines it as “a game.” And by the way, last time I was in Louisiana, people called me “Jason Schwartzman.”)

Christmas, Hanukkah and Ramadan are all banned, however. (And to a lesser extent Festivus.) The reason: Kwanza (with one “a” at the end) is defined as “a monetary unit of Angola” which takes it out of the proper noun zone. I’m still not sure how they decided that proper nouns in English were bad and transliterated foreign words were good.

(“I don’t know, Bob, should we include ‘Christmas’ or ‘Zqvjkzx’ in the new dictionary?” “Got to be zqvjkzx, I think that’s the Azerbaijani word for grape juice. That’s a no brainer!”)

Yes, it’s absolute bullshit that this word — defined as “a big, dumb, balding North American ape, with no chin” — isn’t allowed. And I include it as my 11th point because, if I didn’t, I’m fairly confident the readers of this site would form an angry mob and storm my house with pitchforks and torches. And as much as I’d try to sing a song about how you could burn down Moe’s or the Kwik-E-Mart and nobody would care, I know someone would miss the song and ram the house with a bulldozer. I would try to dive through a sinkhole in the backyard to escape but that’s not a permanent solution. I certainly wouldn’t try to escape in broad daylight with cops everywhere — lest I end up meeting my demise via a barrage of baseballs after going to a movie and talking loudly.