A guy punched for looking like Shia LeBeouf, a woman’s dessert-based crime spree, and more.

It’s the sixth annual 11 Points roundup of the most ridiculous criminals of the year!

Now, unlike in previous years, I burned a handful of high-quality criminal stories throughout 2016 by giving them their own full write-ups (Man Visits From Future, Demands Arby’s; A Hockey Uniform Is a Canadian Burglar’s Disguise, But the Nuances May Be His Undoing); The Seinfeld Michigan Bottle Deposit Scam Is a Felony Worth Five Years in Prison? and A Guy Busted Doing 88 in His DeLorean Says He Wasn’t Trying to Time Travel.) They won’t be included in these roundups, to avoid double dipping, but they’re all quite worthy.

Here are my first 11 ridiculous criminals from 2016…

(2/2) I’m not a big Star Wars person, and now that they’re churning out new Star Wars movies at the fast and furious rate of… well, The Fast and the Furious franchise, I’ll probably never catch up. But I respect the passion of those who DO care — even if they care as much as two drunk teenagers in Denmark who got into such a loud fight in February over the strength of the Galactic Republic that the cops had to intervene.

Even better: When the cops decided to charge one of them with disturbing the peace, he refused to give his real name and would only identify himself as “Count Dooku.” I’m guessing, then, he was the one arguing *against* the strength of the Republic? (Source) 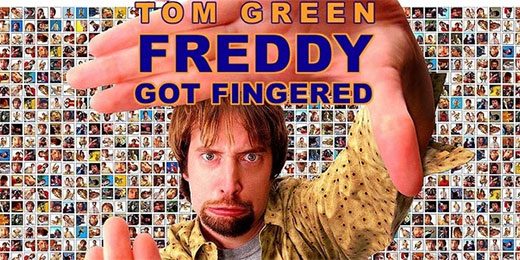 (3/23) Freddy Got Fingered — the 2002 Tom Green vehicle — is not worth going to jail over. It’s not worth going anywhere over. Even if someone was like, “Can you take me to get ice cream and in exchange I’ll give you a copy of Freddy Got Fingered?” you’d be all like, “Um, can we just get the ice cream and that in and of itself can be my remittance?” But a guy from Concord, North Carolina, rented the movie on VHS back in 2002, never returned it, and was arrested in March for failure to return rental property. That’s a misdemeanor that carries a $200 fine and, perhaps, having someone put their bum on you as if you were a fish.

The charges were, eventually, dropped. (Source)

(9/29) There’s a 20-year-old guy in New York City named Denzel Washington. His 52-year-old mother’s name is Aretha Franklin. And we know this because they got into an argument in September where he choked her. And I’m sure Ethan Hawke was watching in the corner going, “What the hell?! Stop!?” and Denzel was all, “My man.” (Source)

(10/11) A guy in Colfax, Louisiana, got a little too into the Halloween spirit (or the new Ghostbusters movie spirit?) in October and fled his house because, naturally, he believed were ghosts inside. The cops came, he asked them to do a sweep inside for ghosts, and they didn’t find any — but they did find all of his meth. Which, in a nice, circular way, explains why he was seeing ghosts. (Source) 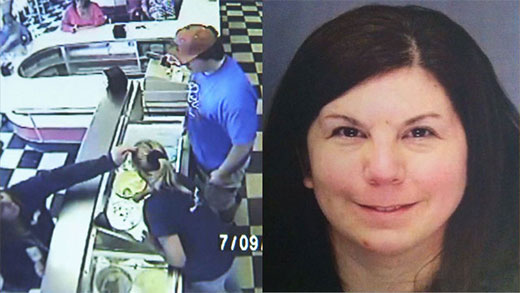 46-year-old Tricia Kortes from Bloomfield Township, Michigan, first made the news in June when she went to pick up a birthday cake for her son’s 7th birthday from Kroger. It was supposed to be a Batman vs. Superman cake, but she was so dissatisfied with it that she dropkicked the cake in the middle of the store. Then she stormed out.

Well… after that incident picked up some viral steam, photos of her circulated in the news, and they caught the eye of the sstaff at an ice cream parlor in Royal Oak, Michigan. They recognized the woman — because she’d assaulted an employee there in July 2015 over another dessert-related incident. She’d ordered some Mackinac Island Fudge ice cream, but they were out of that flavor. And her reasonable response was whacking the girl behind the counter in the head. Then she fled, and the Case of the Angry Fudge-Rage Customer remained unsolved — until the cake dropkicking incident.

The staff at the ice cream parlor called the cops, and the girl she hit filed a civil suit against her. (Source)

(4/26) A couple in Happy Valley, Oregon, called the cops in April after their house was robbed. Someone took $200 out of their nightstand while their 18-year-old son was home but listening to loud music on his headphones. The parents checked their surveillance footage and saw a woman walk into the house, then leave eight minutes later.

But when the cops investigated, they figured out what really happened. It seems the kid had ordered himself a hooker while his parents were out, and that $200 was her payment for a job well — and VERY quickly — done. He was charged with initiating a false report and patronizing a prostitute. And infuriating his parents to the point where they’re probably going to kick him out at the unthinkably young age of 29. (Source)

(3/30) If you can get arrested for passing bad gas at inopportune times, I may soon find myself in the system.

In March, a guy in Sweden went over to a woman’s house to have sex, but she she changed her mind when he got there and vetoed the plan. So he disappointedly left her apartment — but dropped a little noxious bomb before he left. Ah yes, the Swedish Dutch oven. She called the cops and reported him because he — and this IS the direct quote — “revenge farted.” It’s not clear if he was ever arrested. (Source) 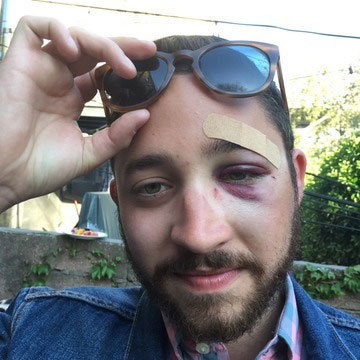 (4/26) A guy was walking down the street in New York City in April when a random stranger ran up to him and punched him in the face. Then he ran away yelling, “This is because you look exactly like Shia LaBeouf!” As far as I can tell, the guy was never caught. Also… he wasn’t wrong. (Source)

9 | A Family Fight Over Whether the Earth Turns Dangerous

(6/14) I guess family fights over basic science are probably going to become quite common as we enter this age of proud and vehement anti-intellectualism, but this one still stands out for me. A family was camping in Brockville, Ontario, Canada, in June and a 56-year-old man got into an argument with his son’s girlfriend because she claimed the Earth was flat. He insisted it was round.

She refused to back down off her position, and he eventually got so mad he started rampaging and throwing random things into the campfire, including a propane tank. Firefighters had to come put out the fire and the dad was charged with mischief. Why not just send him out to sea and let him sail until he falls off the right edge of the Earth into the dragon pit? (Source)

(9/7) A group of moms in Vancouver Island, Canada dropped their kids off for the first day of school in September and, once they were out of sight, they began celebrating their independence. In this case, it meant the moms lit a joint and immediately started smoking weed. But the driver was in such a hurry to get away from the school she was speeding in the school zone, so she was pulled over. Since it’s Canada, the cop wound up letting the women off with just a warning. (Source)

(2/20) As a native Clevelander, I and my fellow Clevelanders are willing to get into all sorts of arguments over the quality of the city’s institutions — just question the international standing of the Cleveland Orchestra in front of one of us. A guy in Cleveland took his civic pride to a new level in February when he got into a late-night fight with a guy from Orlando over which of their respective states was the home of better strip clubs. (I’ve been to a strip club in Ohio; sight unseen, the answer is Florida.)

I couldn’t find any follow-up article on whether the shooter was ever caught. But the cops can probably draw him out of hiding by walking around the city yelling, “Kobe is better than LeBron” over and over. (Source)