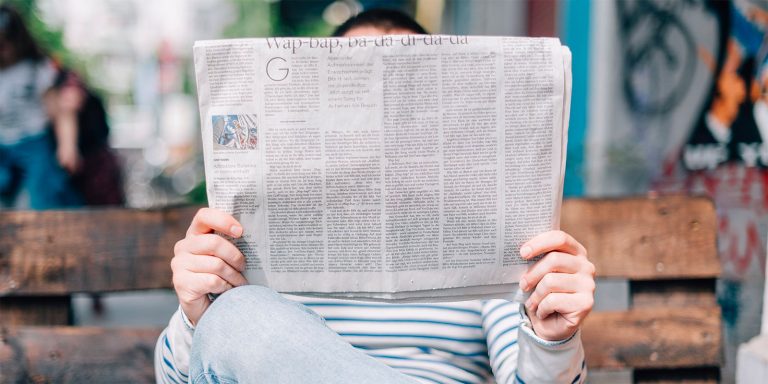 Newspapers sometimes try to give advice. And it’s just terrible.

I’ve done several lists on funny newspaper clippings (everything from police blotters to painfully obvious articles to great corrections). So I’ll throw up two necessary disclaimers: 1. You’re gonna miss newspapers when they’re gone, so let’s enjoy these while we can. And 2. Deep down, we all have a little Jay Leno in us. 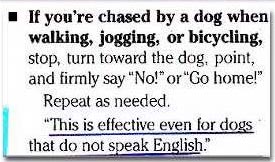 It’s also effective to give him the Taco Bell he quiero.

2 | “Outdoorsy” has a different meaning to different people 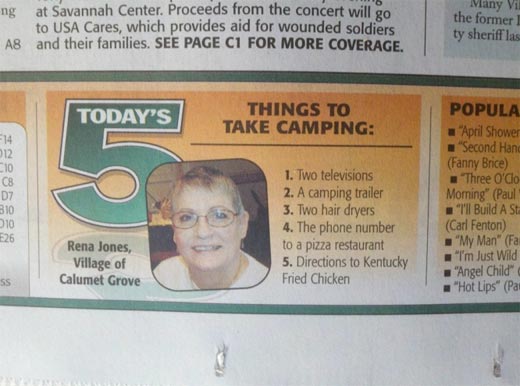 I suppose you can pack your tent and gear in the trailer… start your fire with the hairdryer… use the televisions to sit on… distract the bears with your KFC… and then order pizza once they swipe your pic-a-nic basket. That’s probably what she meant. 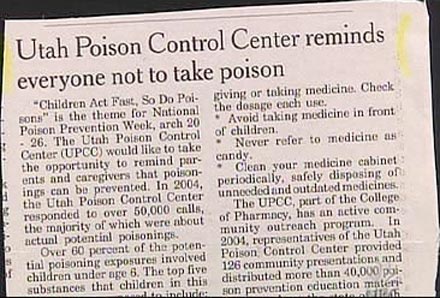 But if no one takes poison, won’t these people all lose their jobs?

4 | Why are they only calling out large alligators?

I like advice like this. Punching someone in the face with insultingly-obvious advice is really quite helpful. “How do I avoid getting robbed on my vacation?” “Don’t go on vacation.” “How do I get my toddler to stop peeing on the rug and only using the toilet?” “Chain him in the bathroom.”

5 | Something here doesn’t add up 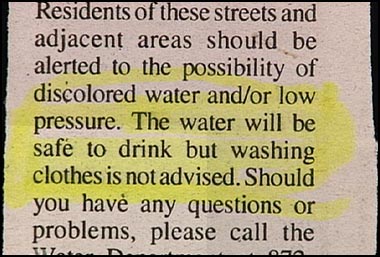 6 | Pictures are hung, people are hanged 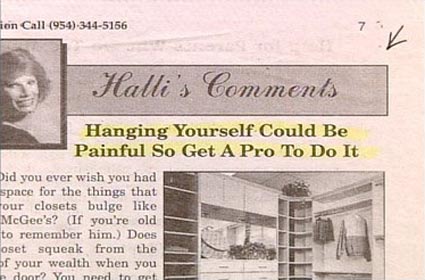 And if you can’t find a pro, at least make sure to keep a lemon wedge in your mouth. (I learned that from crime procedurals.)

7 | Well, it *is* known for its cleaning powers 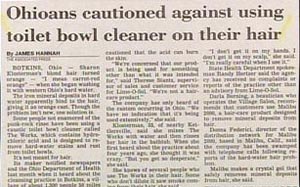 As a native Ohioan, I’m glad this was specifically targeted at us. Let those idiots in the other 49 Lysol off their hair. We need our mullets in tact to keep our heads (and necks) warm during the winter. 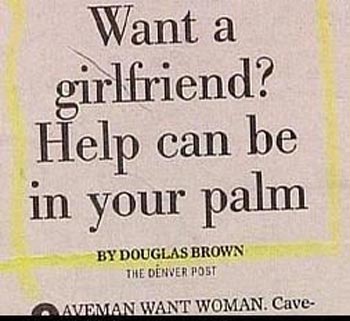 Now even the newspapers are echoing something every boy hears from age nine until the time some girl finally settles for him. This would be like a newspaper headline saying “Think Newspapers Are Dumb? I Know You Are But What Am I?” 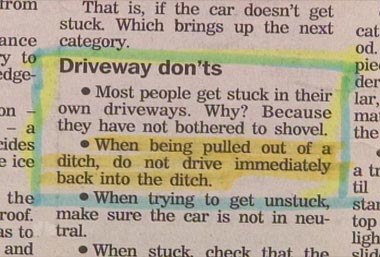 The advice is terribly condescending, but at least it’s not passive aggressive like that line about not bothering to shovel. Whomever wrote this is the kind of person who leaves anonymous notes on their neighbors’ doors whenever the grass goes a week without being cut. 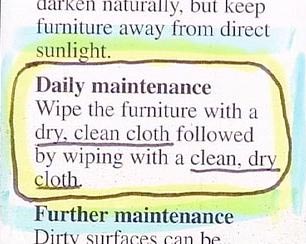 For some reason, this can only make me think of a co-worker I had about eight years ago who absolutely adored coming up to my desk and saying “Working hard or hardly working?” Ahh. Just typing it sends chills down my spine. 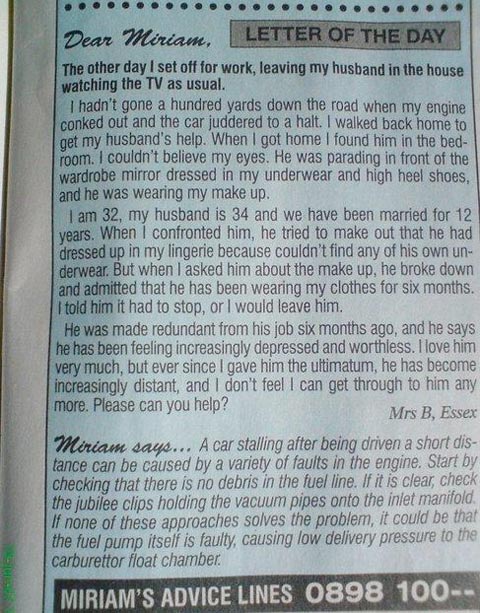